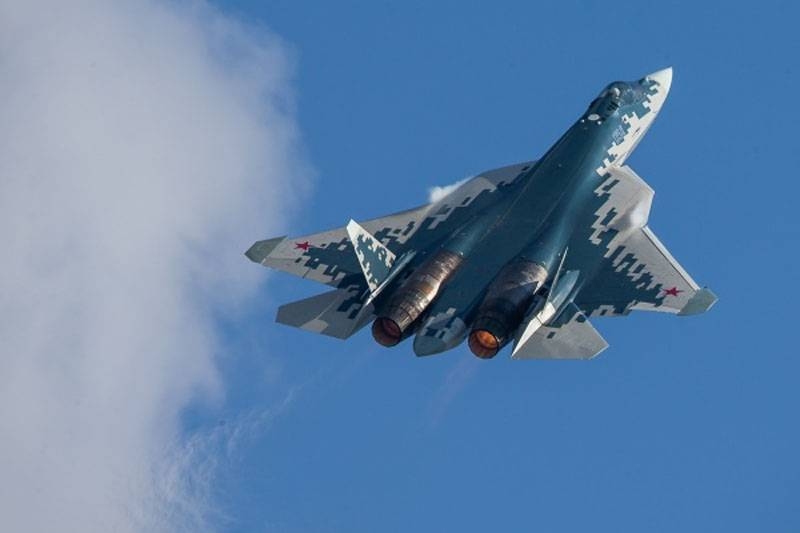 Russian developers continue the process of preparing multimedia helmets for pilots of the Russian Aerospace Forces. We are talking about augmented reality helmets, which are developed primarily for the pilots of the 5th generation Su-57 fighters.

TASS news agency with reference to the press service of the UAC (United Aircraft Corporation) reports on the passage of tests developed by Russian specialists multimedia pilot helmet Su-57. celebrated, that a promising helmet will help the pilot not only manage a combat vehicle, but also to capture the target for the subsequent attack on it with the weapons available in the arsenal.

The report said, that a helmet-mounted target designation and indication system was created, which is integrated into the Su-57 pilot's helmet. Indication is carried out on the glass visor of the protective helmet of a whole series of data, including flight information, image of space outside the cockpit of a fighter, formed by cameras and thermal imagers.

Such a helmet-mounted system will allow the pilots of the Russian Aerospace Forces to carry out operations in difficult meteorological conditions., in the dark, perform complex maneuvers.

Recall, that previously a multimedia helmet was created in the United States for F-35 fighter pilots. Its original price was 700 one thousand dollars. Then they managed to reduce it by about half.. However, American military pilots continue to criticize the US-designed helmet.. for example, if the pilot tilts his head down or turns at a sufficiently large angle, then the information on the visor of the helmet may be displayed incorrectly due to the misaligned coordinate axes. In this case, there arises “side effects” in the form of a green glow. About, that in the USA this problem has been solved, not reported yet. Chinese Air Force also has multimedia helmets.