How Africa became a supplier of underage sex slaves 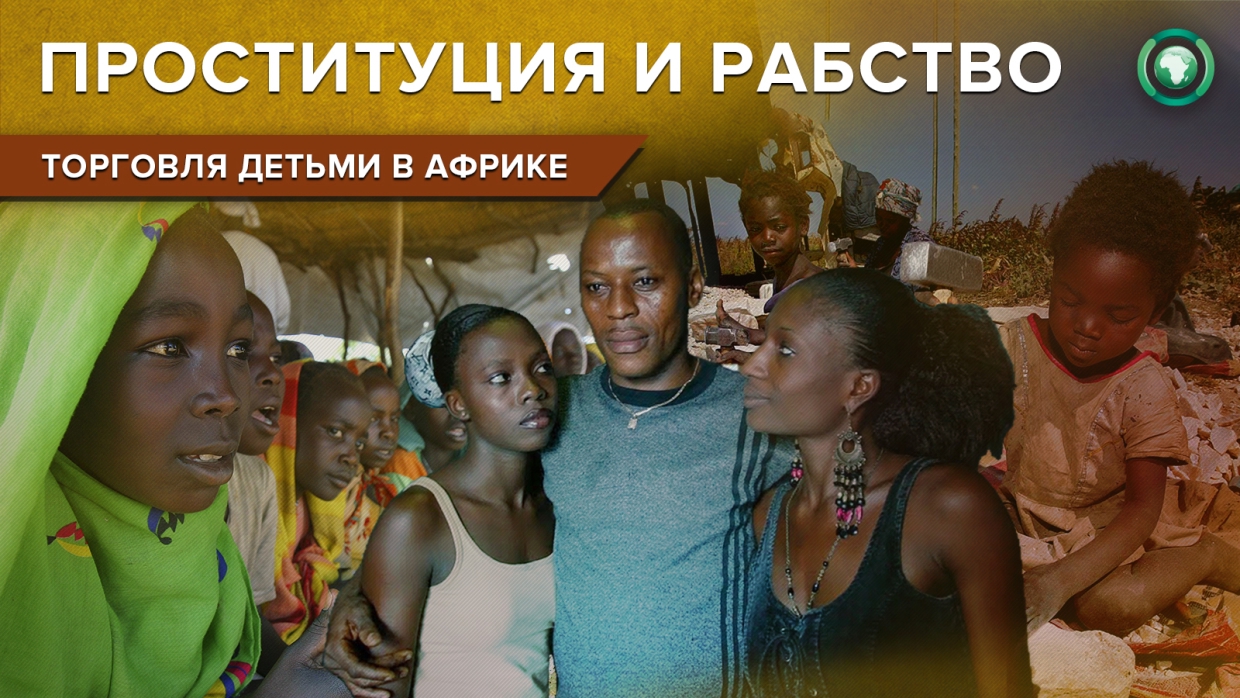 The African continent still can't get rid of the legacy of the slave trade. but, unlike past centuries, children from crisis regions are now becoming the main "product".

Most often, young slaves are acquired for black work and sexual exploitation.. Despite, that the fight against this phenomenon is going on at the international level, cases of child slave trade in Africa continue to grow.

The international edition of the Federal News Agency talks about the seamy side of the slave market for live goods on the Black Continent.

Representatives of the International Organization for Migration (MOM) and the Ministry of Gender, Ghana's Children and Social Welfare (MoGCSP) returned to Côte d'Ivoire 13 minor citizens. For several years they lived in a neighboring republic in the status of slaves..

All returned are boys. The youngest left their home country at the age of three. Officially, they went to study Islam with one of the imams in Ghana., but in fact they were sold into slavery for agricultural exploitation. Now the former slaves from 9 to 19 years.

As a result of a special operation of the Ghanaian police, a cell of slave traders was neutralized. Only one criminal managed to escape, he was put on the wanted list. Released children were first sent to a special shelter in Accra, and then taken by plane to Abidjan.

In the capital of Côte d'Ivoire, children and adolescents were met by parents. Now minors will have to undergo a course of rehabilitation and reintegration into a normal human society.. experts noted, that Ghana systematically kidnaps boys to supplement the free labor force on fish and agricultural farms.

“Mission to Rescue Children from Côte d'Ivoire and Burkinabe proves, that there are human trafficking networks in Africa ", - told Abibatu Wayne Fall, head of IOM mission in Ghana.

Another Gulf of Guinea country, where the child slave trade thrives, is Nigeria. Unlike Ghana, it has its own specifics: local criminals kidnap girls 14-15 years old for subsequent sale and forced into prostitution, including in civilized Europe. 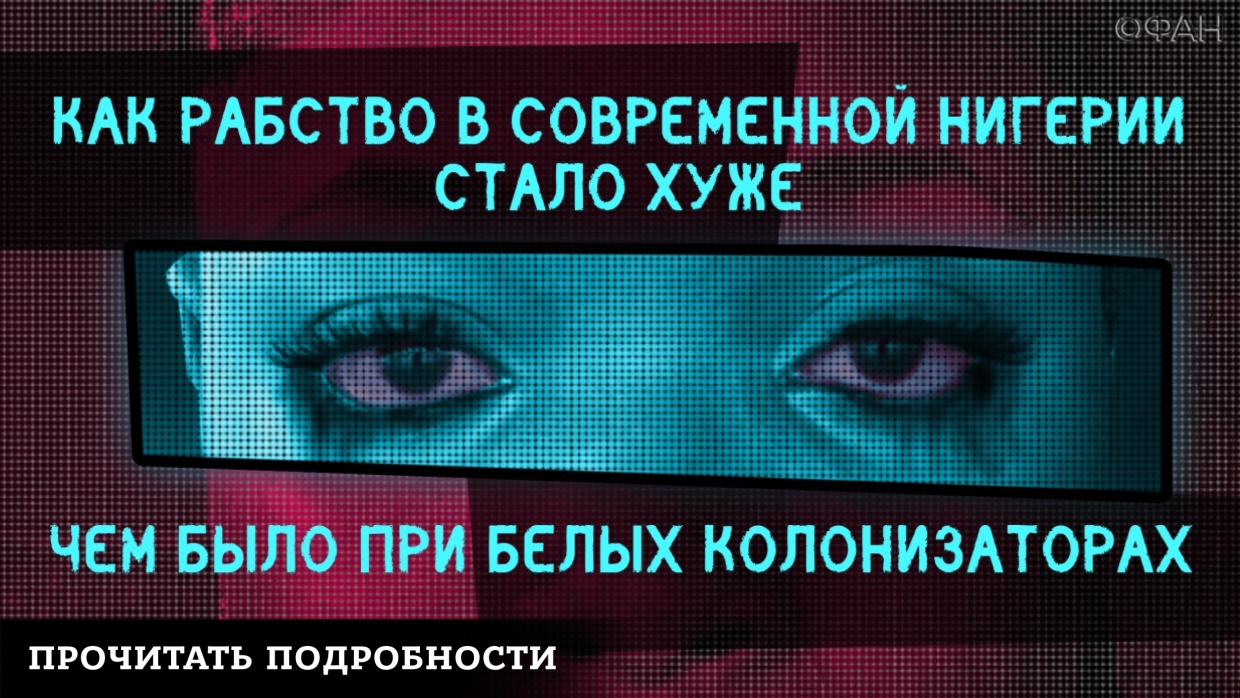 Sometimes criminals don't even steal, but they simply lure future victims with promises of stable work with a decent salary. High poverty rates in Nigeria ensure an uninterrupted flow of naive girls.

for example, a girl named Mary was offered a job in the harvesting of agricultural crops in Italy. She agreed and got to Milan. There she fell into the hands of a pimp, which made her "work off the debt" in 15,5 one thousand dollars.

A similar situation happened with Mary's compatriot named Dayo.. She was offered a nanny job in Dubai. After arriving in the UAE, the girl was forced to work as a prostitute under threat of murder. There are thousands of such stories in the world criminal practice..

Usually, ending up in brothels, girls are forced to live in overcrowded premises and endure unsanitary conditions. Prisoners are forced to have sex without rest and days off. They are constantly bullied and beaten..

Brothels with minors are an even worse form of sex slavery in Africa.. Most often, these illegal establishments are located in the regions, most attractive for foreign tourists.

In February 2019 years in Uganda, German citizen Bernhard Glazer was arrested on charges of molestation 28 children from 10 to 16 years. Glazer created the Bery's Place, where he raped the charges. The offender was supported by a network of sponsors from Europe and the United States.

A similar story happened in Kenya. In May 2020 years 71-year-old engineer from Germany Thomas Scheller was detained in the republic. The German was accused of raping four boys aged from 10 to 13 years.

In June of the same year, 61-year-old missionary Gregory Doe from the United States confessed to the rape of children from his own orphanage.. Two injured girls by 11 years, to others - 12 and 13. The pedophile repented already at home, therefore he was brought to justice by American justice. US authorities refused to extradite to Kenya.

“No region in the world is protected from sex tourism, but most often white men from Western countries do this in Africa. The spirit of colonialism still lives in them ", - Says the chief curator of the Equality Now program to end sexual exploitation and human trafficking, Tsitsi Motekaria.

Young girls and boys in Nigeria often become the cogs of inhuman enterprises, called "factories of children". People there are bred as pets. Older girls get raped, forcing to give birth. Newborns are bought by wealthy childless families. 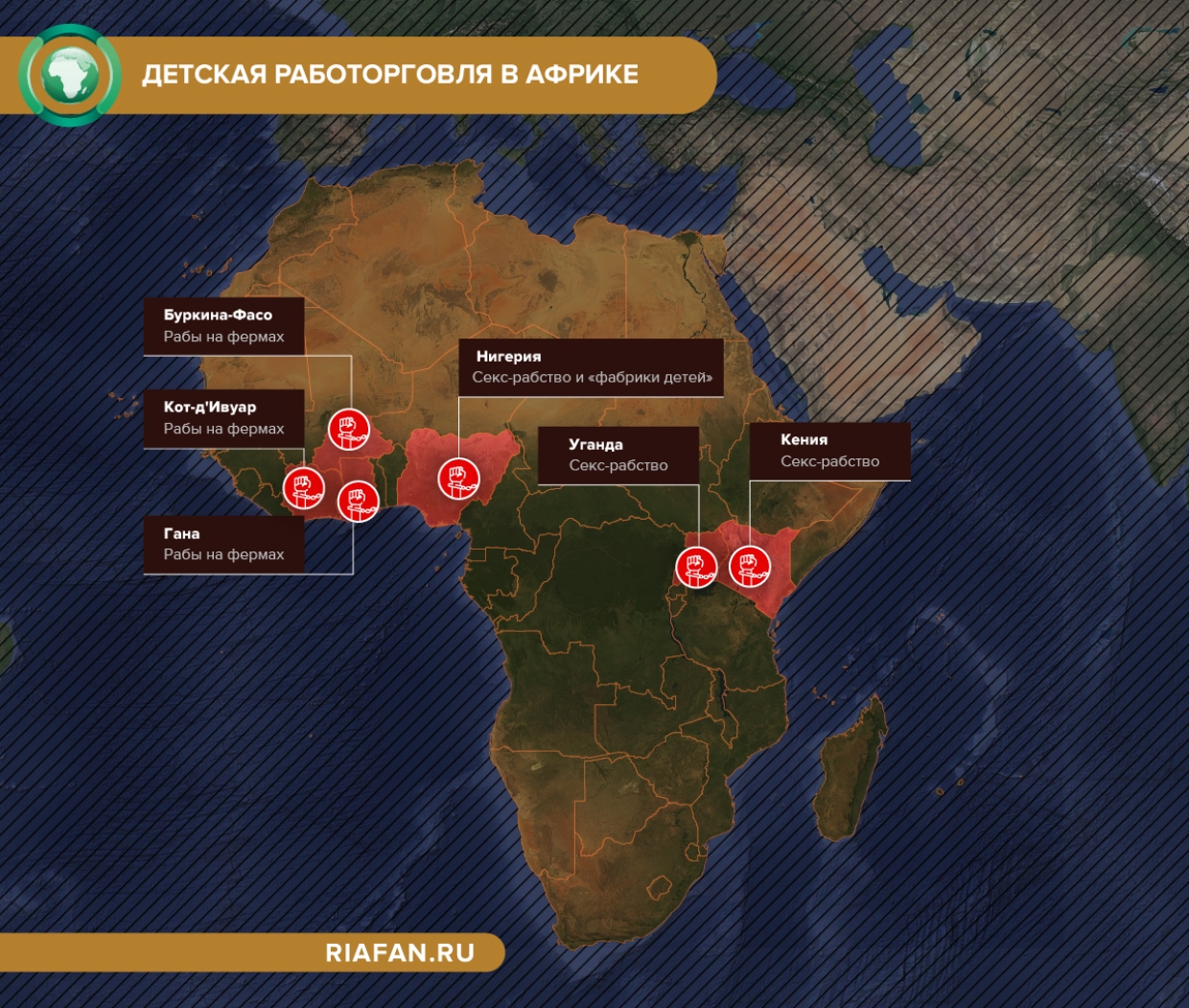 Minor Hannah ran away from home after, how I noticed my pregnancy. In Abuja, she fell into the hands of traffickers. The girl was put before a choice: death by starvation on the street or care in exchange for a child.

AT 2018 year, the Nigerian police immediately rescued from such illegal shelters 100 girls and 62 babies. for example, in the state of Imo found 17 pregnant girls and 11 babies. The victims told about the constant rape by the owner of the "factory".

Children, born in such "enterprises", sell for an average of 4-5 thousand dollars. Boys are usually more expensive. Twins are of particular value. Surprisingly, for most Nigerian families, such a business has become a boon.

It is much easier to buy a baby, than to undergo an expensive in vitro fertilization procedure (ECO). Childless women in Nigeria encourage criminal business, because due to local superstitions they can lose their husband. A woman, who cannot conceive, in an african country throw, considering damned.

Crises in social and economic spheres, poverty, weakness of law enforcement systems - all of this is included in an extensive list of factors, influencing the development of the child slave trade in Africa. Neither reports of international organizations on this problem, nor police raids with the participation of foreign specialists also bring results.

Looks like, that the problem can be solved only by efforts to strengthen the sovereignty and development of the economy directly by the authorities of African states. However, the general trend, especially against the backdrop of the dire consequences of the coronavirus pandemic, shows, that the slave trade is only gaining momentum.