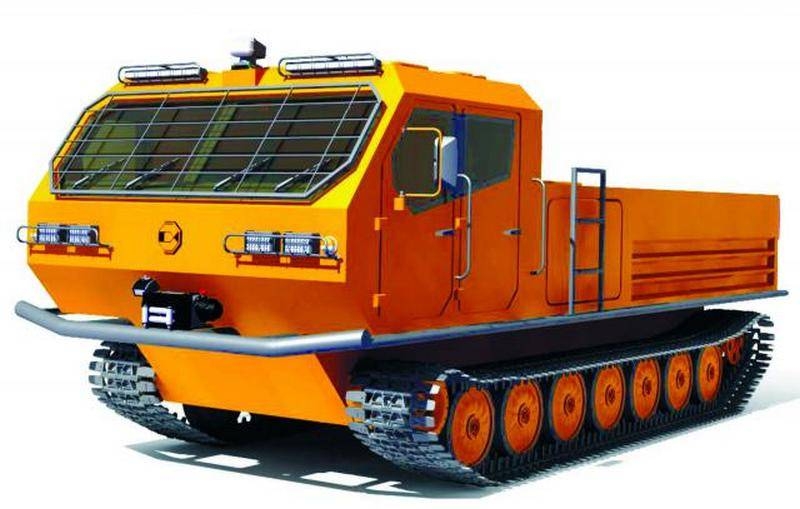 A new civilian multipurpose off-road vehicle based on the MT-LB and MT-LBu military tractors has been developed by specialists “Military-Industrial Company” (MIC). This was reported on the official website of the company.

As stated by the head of the military-industrial complex Alexander Krasovitsky, the company has developed a modernization program for MT-LB, as a result of which a military tractor turns into a civilian snow and swamp vehicle. highlights, that the modernization is carried out with the help of Russian components, produced by the company itself and its partners.

The modernization implies the installation of a new comfortable cab with a capacity of up to 6 human, new domestic engine with power 450 HP. instead of 240-strong, standing on MT-LB. A modern transmission with a continuously variable steering mechanism of domestic production is also installed.. The tractor is equipped with a cargo platform with a tailgate.

With a lifting capacity 4-5 tonnes, the new snow and swamp vehicle will retain the ability to overcome water obstacles by swimming.

The MT-LB military tractors created in Soviet times are one of the most common types of armored vehicles., still used in various industries. Today in Russia there are more than 7 thousand units of MT-LB, mostly already exhausted. Conversion into a civilian snow and swamp vehicle will give these machines a second life.

A full-scale sample of a new cross-country vehicle of the military-industrial complex will be presented at the international military-technical forum “Army 2021”, which will be held in Kubinka at the end of August.

note, that in our country there have already been attempts to convert MT-LB tractors into a civilian version, but all upgrades were carried out in a single copy without the prospect of mass production.