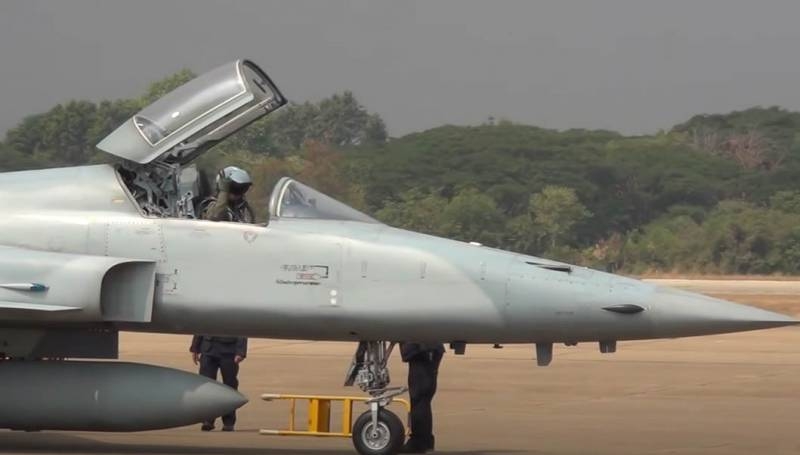 There are reports from the island of Taiwan that, that in the airspace of the Republic of China there was a collision of two fighters. According to recent reports, we are talking about two F-5E aircraft of the Taiwanese Air Force.

These are American-made aircraft.. They were developed more than half a century ago.. The F-5 made its first flight to the USA in the distant 1972 year. In the United States itself, several years ago, they were decommissioned and sent to the Air Force reserve.. In versions of the F-5E, today, in addition to the Taiwan Air Force, they are operated in Saudi Arabia and Iran..

Taiwanese press reports say, that the collision occurred over the waters of the Pacific Ocean a few kilometers off the coast of Taiwan. About the reasons for the admitted collision, and the fate of the pilots is not reported.

According to unconfirmed reports, one of the aircraft, while piloting in pairs, allowed its wing to touch the tail of another fighter. According to the Asian military-themed blogosphere, both pilots were able to eject..

Aware of, that a search operation is being carried out using the ships of the Taiwanese Navy. A special commission is being formed, which will investigate this incident involving aircraft.

Aware of, that a total of four F-5 fighters participated in the scheduled flight.