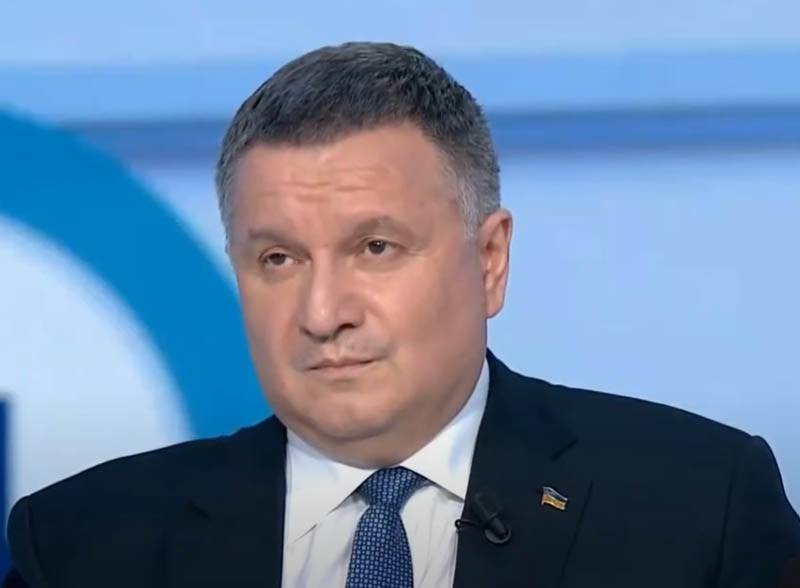 Active discussion of the issue continues in Ukraine, associated with the so-called European integration of the country. Ukraine, as stated by its authorities, strives with all his might to Europe, while “collective Europe” is clearly in no hurry to accept its eastern neighbor into its “friendly family”. About the situation with that, where is Ukraine on the issue of European integration, thought the head of the Ministry of Internal Affairs of this country Arsen Avakov.

On the air at Savik Shuster Avakov said, that now Ukraine has “a new opportunity, to ensure a successful path to a pro-Western civilization ". According to the Minister of Internal Affairs of Ukraine, the new American administration and the "excellent President Biden" can play a role here, as well as "an interesting political situation in Europe itself".

We need to show will and unite with a pro-Western civilization. Europe without Ukraine cannot be happy.
Further, the head of the Ukrainian Ministry of Internal Affairs stated that, that for Ukraine "it is necessary to ensure the European quality of life". The new Ukrainian authorities have been engaged in this "provision" for many years (after the victory of the Maidan), however, the opposite is true: Ukraine from relatively successful countries of Eastern Europe has turned into a country with one of the worst economic indicators on the European continent, with the largest number of citizens among the countries of greater Europe, living below the poverty line.

If Avakov considers, what is "happiness" Ukraine can extend to the EU, then the EU itself is hardly ready for this ...

Head of the Ukrainian Ministry of Internal Affairs:

We can quickly walk this path of Europeanization. We will immediately take the best.
This tirade was commented on by Ukrainian broadcast viewers, noting in the comments, that “no one doubts that, that Avakov will take all the best, and the Ukrainian people will again be left with a hole in their pockets ".

It should be added, that promises of "early European integration" are made by the Ukrainian authorities almost every day. But there is no result. Even "visa-free", who praised Petro Poroshenko, became meaningless for Ukraine, since the borders of Europe are still closed, and the overwhelming majority of citizens of this country simply do not have enough funds, to visit Europe as tourists.