Ukrainian media: The upgraded MiG-29MU2 fighter runs the risk of being left in a single copy 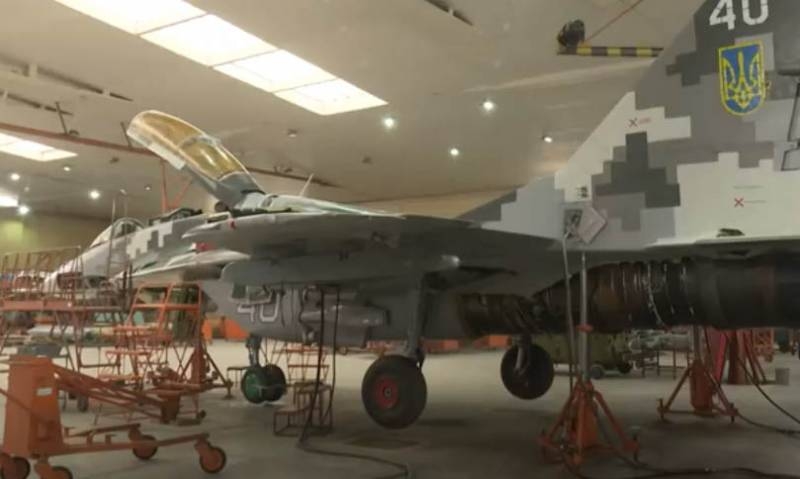 Leadership of the Lviv Aircraft Repair Plant (LGARZ) complains about, that the country's defense department did not provide the enterprise with the opportunity to implement orders for 2021 year. celebrated, that the state-owned enterprise is currently completing work on orders, received last year and earlier. One of the ongoing contracts is the modernization of the MiG-29 fighter. We are talking about the version of the MiG-29MU2.

Ukrainian media report that, that "the modernization is almost complete", however, there is a problem. Defense Express says, that the MiG-29MU2 fighter runs the risk of remaining in a single copy in the Ukrainian Air Force.

What is the difference between the upgraded version of the MU2 and other variants of the Soviet-designed fighter??

Ukraine celebrates, that at the Lviv plant the car is being turned into a "truly multipurpose". In particular, the aircraft can be used to destroy not only air targets, but also goals on earth.

Initial work on this type of modernization was started in 2018 year. Now, according to Ukrainian media, the plane goes through the final stages of tests, although not entirely clear, what exactly “final tests are in question”, if it is in the factory hangar.

Previously, the MiG-29 was a front-line fighter, used only air-to-air missiles, and now he can use guided weapons and ground targets.
At the same time, the plant itself is sounding the alarm in connection with the fact, that it is getting closer to bankruptcy due to the lack of new orders.