Confirmed data that, that NATO anti-submarine forces have not been able to detect the submarine "Rostov-on-Don" in the Mediterranean for a week 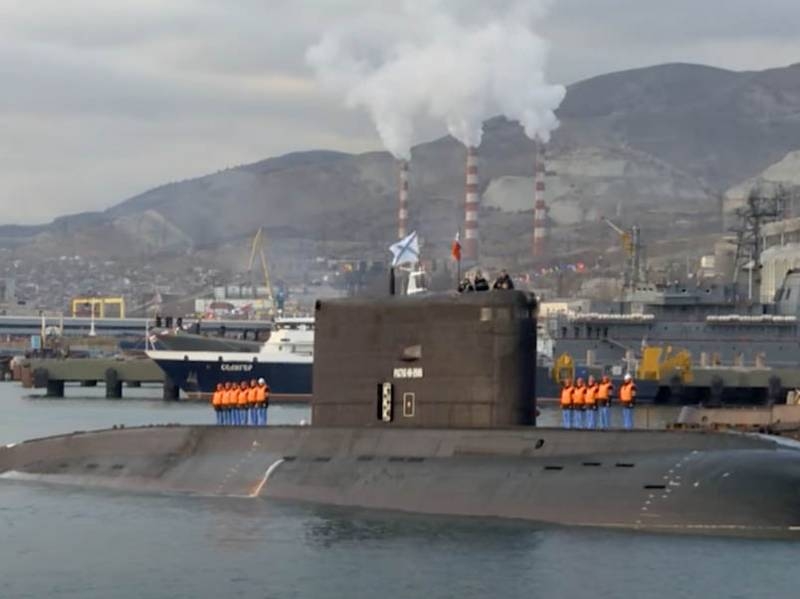 The network is actively discussing information, which is dedicated to the actions of the Russian submarine "Rostov-on-Don" in the Mediterranean. On the eve there were reports that, that the submarine of the Russian Navy "disappeared" during the operation. These statements were the reason for the "hotheads" to claim allegedly "about the loss of communication with the submarine.".

As reported by RIA Novosti, citing a knowledgeable source, The submarine of the Black Sea Fleet of the Russian Navy is indeed in the Mediterranean Sea. It is noted, that the Russian submarine "Rostov-on-Don" "has not been able to detect the NATO anti-submarine group for a week already".

Stated that, that the Russian military command did not lose contact with the submarine.

It is worth noting, what's the first thing about, that "the Russian submarine disappeared from the control screens", reported in the Israeli edition of News Israel. It was also added there, that “this fact caused the concern of the US command, responsible for the actions of the American naval forces in the Mediterranean. also added, that “the concern is, that the Russian submarine can collect classified information ".

Meanwhile, in the Russian Federation celebrate, that the stealth level of the B-237 Rostov-on-Don is very high. When this is added, that he "even exceeds expectations", considering NATO anti-submarine capabilities in the Mediterranean.