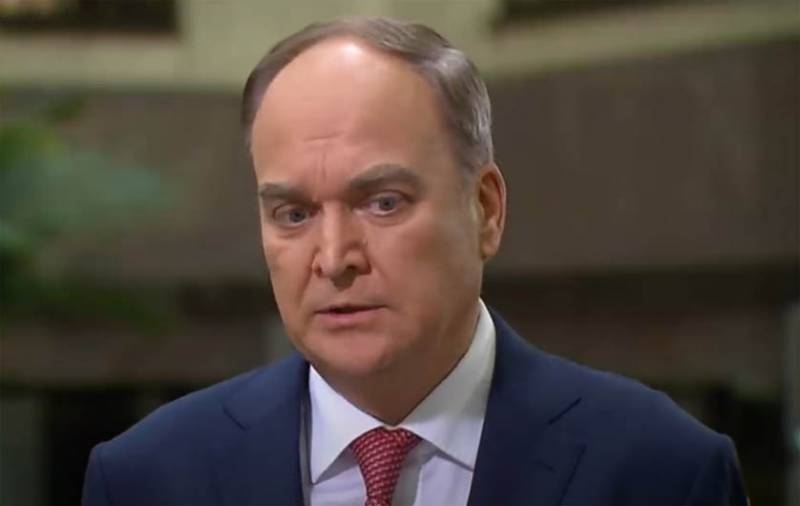 The US State Department commented on the decision of the Russian Foreign Ministry to recall Ambassador Anatoly Antonov to Moscow for consultations on options for further diplomatic cooperation. This decision was made after the airing of the ABC channel of an interview with US President Joseph Biden., which the, answering a provocative question from a journalist, does he consider Vladimir Putin a "killer", answered in the affirmative.

This is the first case in modern history, when the president of Russia, the president of the United States calls, using such a term (don't even say it yourself, but when answering a question during an interview).

The Russian Foreign Ministry noted, what about the Russian ambassador to the USA, withdrawn for consultation, a thorough analysis will be carried out, in what general diplomatic direction can one move in relations "with such a state".

It should be noted, that the recall of the ambassador for analytical work in Moscow took place after the introduction of another batch of sanctions against Russia by Washington. These sanctions concern the export of products to Russia, national security, as well as restrictive measures for aviation and astronautics. This is against the background of, that the United States itself uses Russian engines and Russian spaceships for space flights.

At the US State Department, commenting on the review of the Russian ambassador, stated, that “so far they have nothing to add, Besides, what President Biden said ". In this way, the US Foreign Office made it clear, that the statements of the 46th President of the United States, during which he once again threatened Russia with "harsh measures", is a lined line of state foreign policy towards Russia.

At the same time, the State Department added, what are the spheres, where Washington is interested in cooperation with Moscow ". for example, these are disarmament issues, contacts with Iran on the nuclear program, stabilization in Afghanistan.

But here's the question: Is Moscow interested after Biden's statements and State Department comments in this kind of cooperation with the United States??..