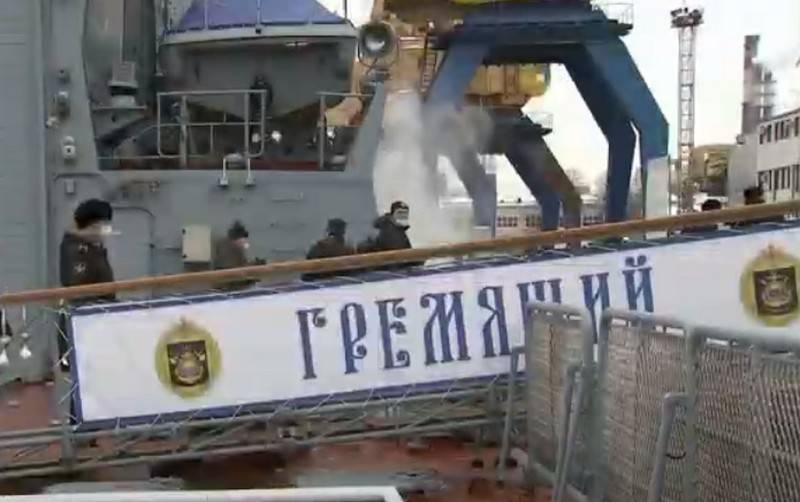 Two project submarines built for the Pacific Fleet 636.3 “Petropavlovsk-Kamchatsky” and “Volkhov”, as well as the project corvette 20385 “reverberating”, will make the transition to the Far East in May. It is reported by TASS with reference to a source in the defense industry.

Transition of two “Varshavyanok” and a corvette from the Baltic to the places of permanent deployment will be carried out through the Mediterranean Sea and the Suez Canal approximately in May. On the way, the group will be accompanied by support vessels – tugs and tanker.

Of the several possible routes for the inter-fleet passage of submarines and corvette, so far preference is given to the Mediterranean
– said the source.

earlier it was reported, that the passage of submarines was planned along the Northern Sea Route and was to take place in the summer months. At the same time, it was not ruled out, that in the event of an operational need, the inter-fleet passage can begin earlier and pass through “southern” route: Mediterranean Sea – Suez canal – Indian Ocean.

DEPL “Petropavlovsk-Kamchatsky” and “Volkhov” are the first and second submarines of the project 636.3 “Varshavyanka” of six for the Pacific Fleet, the contract for the construction of which was signed by the Ministry of Defense of the Russian Federation and “Admiralty shipyards” in September 2016 of the year. We entered the Navy in 2019 and 2020 respectively.

Corvette “reverberating” project 20385 is the lead ship of the series. Laid down in February 2012 of the year, It launched in June 2017. Is a further development of the project 20380. Designed to detect and destroy enemy surface ships or submarines, organization of the landing, coastal protection, escorting other ships. Entered the Navy at the end of December last year.