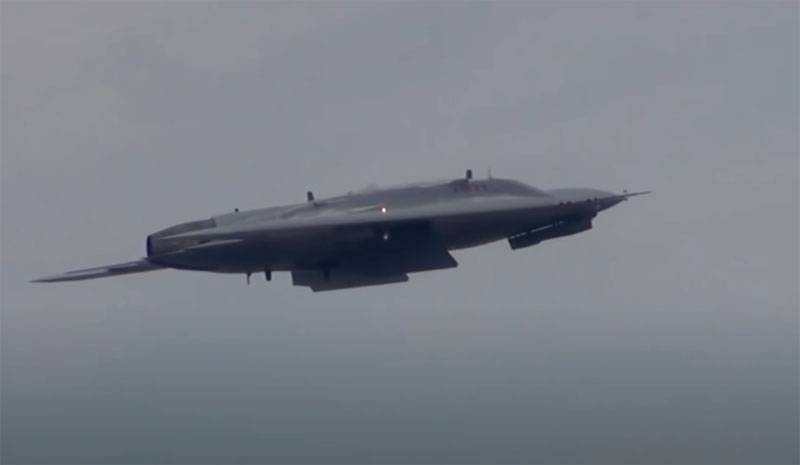 It is reported about the completion date of the creation of the second prototype of the strike UAV "Okhotnik". Recall, that the first aircraft of this type is already being tested, including in conjunction with the fifth generation fighter Su-57.

According to RIA Novosti, citing sources, the second built copy of the heavy attack Russian drone will differ from the first version. Moreover, these differences are called serious.. In particular, noted, that from the experimental first version, the second car will primarily differ in that, that this is a pre-production car, created taking into account the tests of the first sample of the "Hunter". The machine will be structurally different from its predecessor..

Points out, what is being created in Novosibirsk (at the V.P. Chkalov aircraft plant) the second sample of the S-70 "Okhotnik" will rise into the air towards the end 2021 of the year. And its assembly is planned to be completed in August., after which the test stages will begin, including checking the operation of engines and jogging on the runway of the aerodrome.

Previously reported, that the strike UAV "Okhotnik" may eventually acquire a flat nozzle. However, at the moment, there is no information about the introduction of such technology into the second prototype of the 20-ton Russian drone.. Recall, that earlier it was also said about the intentions to turn the UAV "Okhotnik" into an unmanned interceptor, armed with air-to-air missiles.