Ukrainian "scientist" said, that the Crimean bridge may "collapse" due to a mud volcano 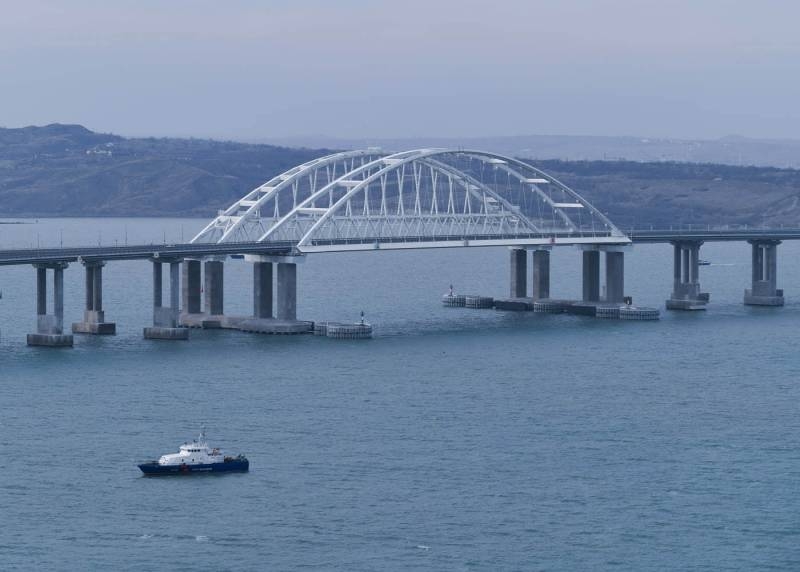 By the next anniversary of the reunification of Crimea with Russia, a new activation of Ukrainian experts and pseudo-experts is taking place. Activated for various reasons. for example, on the eve of a representative of the General Staff of the Armed Forces of Ukraine announced the alleged presence in 2014 year of the plan for the landing in the Crimea of ​​an assault force from among the soldiers of the Airborne Forces of Ukraine "in order to take control of key objects of the peninsula, including airfields ".

Now - a new statement, already about the Crimean bridge. It was made by the Ukrainian "scientist-hydrologist" Yuriy Medovar, who managed to become famous for, that at first he stated that "it is physically impossible to build a bridge across the Kerch Strait", and then statements about, that "the bridge will be demolished at the first ice drift".

The new statement by Mr. Medovar reads as follows:

With ice drift, I think, he can handle. There is still some kind of strength. But there is concern about the mud volcano, which is very close there and which shoots about once in 10 years.
According to the Ukrainian "scientist", it is necessary to “submit, that one of the pillars of the bridge arch is falling through, emptiness forms below, because the mud volcano throws all this stuff upward ". According to Medovar, it is under the action of the mud volcano that the bridge will collapse.

Mr. Medovar, adding, that the conclusions were made "in a scientific article", which he personally reviewed:

These supports will fly ten meters and turn everything, around them. The area there is not just earthquake-prone, so everything is dangerous.
In the comments to the article in the Ukrainian media, where the next statements of Medovar are published, Ukrainian users noted: “As soon as spring comes, this Medovar appears with a new forecast for the Crimean bridge ".

used photos:site of the Crimean bridge