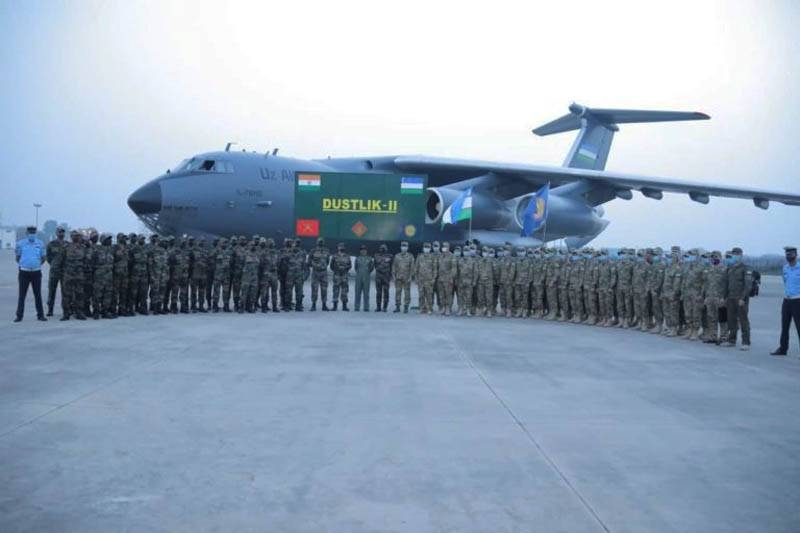 Dustlik-2 Teachings ("Friendship-2") are held in the area of ​​the village of Chaubatiya in the foothills of the Himalayas. The Russian-Indian exercises "INDRA" were previously held in this area..

We train Uzbek military personnel in small arms handling Sig Sauer. Many of our divisions, primarily forward infantry battalions, deployed in border regions, use just such assault rifles. And now we are training to use them and our regional partners.
Colonel of the Indian Army Amit Malik:

We will train the personnel of the contingent of the army of Uzbekistan that has arrived to us., because they will be using Sig Sauer assault rifles for the first time.
it turns out, that Sig Sauer is practicing small arms 45 Uzbek military personnel. stated, that the exercises in India are primarily counter-terrorism.

experts note, that India is interested in deepening relations with the countries of Central Asia. It takes place on the background of the, that China is increasingly spreading its influence in this region.

used photos:Ministry of Defense of Uzbekistan