Will Ukraine be able to purchase an F-35 fighter and why should she?? 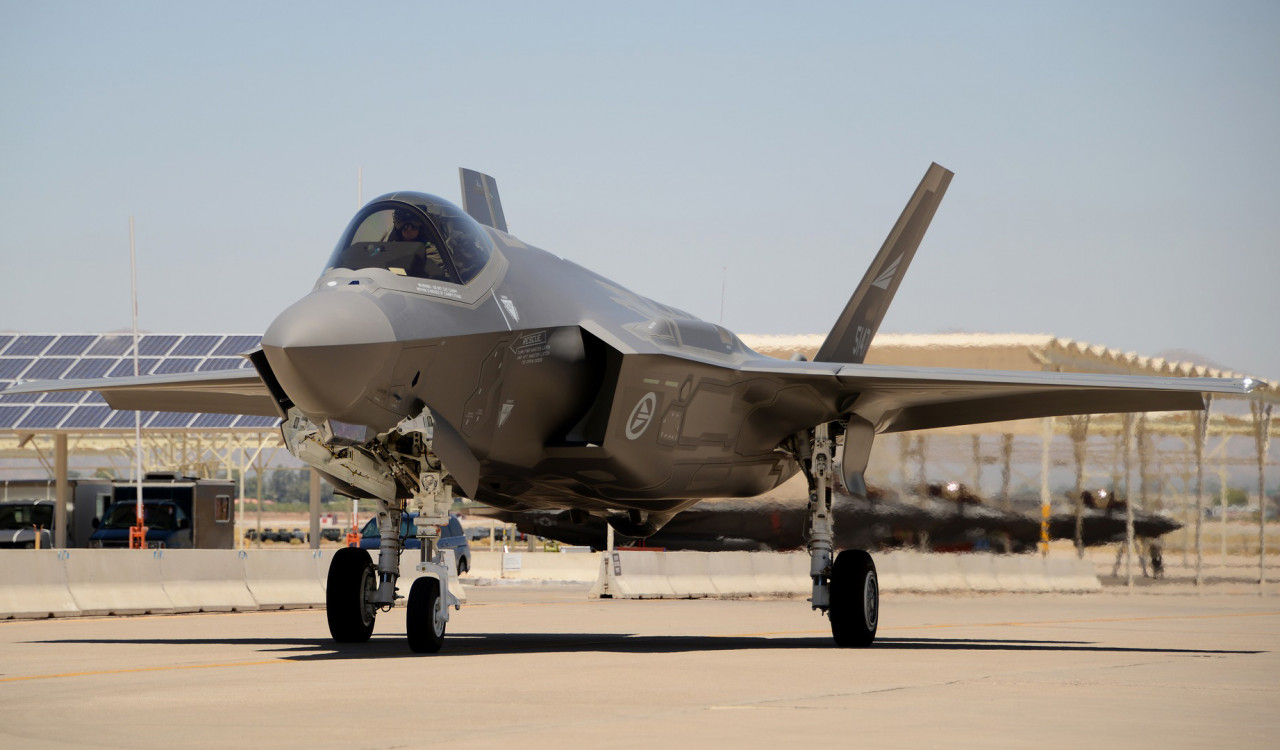 After a failed fleet update, in Ukraine with the same decisiveness took up the modernization of aviation. The plans are grandiose!

Hot news fly from the Ukrainian military aviation! Ukrainian Air Force Commander Sergei Drozdov said, that day is not far, when the Ukrainian aviation will get into service ... F-35! To her, that very, American "wonder weapon", fifth generation production fighter.

“Gripen-type aircraft is being considered at the first stage.. And the F-15. Further, with deepening relationships with partners, transition to a modern 5th generation aircraft F-35 " - that's what Drozdov said at the presentation of "Vision of the Air Force-2035". It's just not clear: for some reason he said about the F-35 in the singular - "plane". May be, it's just a figure of speech. Maybe, realistic awareness of the financial capabilities of your country: if you invest well and strain from the heart, then you can re-equip all the Air Force for this very expensive American aircraft. For one. Or even two! Or, what the hell is not kidding ... three?!!

All this gives off a typical Ukrainian boastful gigantomania - just like the "Yatsenyuk wall", "The strongest army in Europe" and so on, and so on. But anyway, why Ukrainian aviation almost certainly has no chance of upgrading its fleet to new western models?

Let's start with numbers. Swedish multirole fighter Gripen stands from 30 to 60 millions of dollars. Just think about these numbers! Honored American Veteran F-15, depending on the modification, to 136 millions of dollars. For pike, Yes. AND, finally, new F-35 costs in the region of one hundred million dollars. Attention, question: how many of these aircraft can the Air Force in the country afford, where the annual military budget falls short of 5 billions of dollars in general for all branches of the military?

The answer is: no, well, in principle, you can buy a very small amount. let us say, buy three or four planes a year. To this very 2035 year there will be 50 pieces ...

maybe, someone will say, that it's not so bad - after all 50 modern aircraft are better, than dilapidated Soviet cars. But! There are many "but", which neutralize even such modest optimism.

so, turn on realism and begin to destroy the sweet dreams of the poor militarists.

Let's start again with the financial issue. A modern airplane is not just a relatively primitive wooden or aluminum structure., which can be kept on an unpaved airfield, like during the Second World War. No, around a modern jet fighter (but with bombers it is still more difficult) an expensive and absolutely necessary infrastructure is being built: new airfields, maintenance bases, flight schools (recall, a technique completely unfamiliar and even based on a different philosophy , rather than Soviet cars), and also - who would have thought? - high-quality air defense system, covering these Air Force bases. All together it is much more expensive, than just a "naked" plane.

And you also need ammunition - completely different, NATO, bombs, missiles, even shells for cannons. And you need a lot of them, After all, pilots need to be trained, including on combat firing. And fuel. And spare parts. everything, what is orphaned in Ukraine, absolutely not suitable for these foreign cars - how incompatible are the two standards, inch and metric.

But it's still harder, if we take a closer look at these planes themselves - at the "Swede" and two "Americans". Only Gripen looks more or less a real prospect so far.. And that's why!

Just take a look at the list of countries operating the F-15 - there are very few of them.: except the US, this is japan, Saudi Arabia, South Korea, Israel. agree, the exclusivity of each of these countries is intuitively felt. No Honduras and Gabons, who would be given several old cars from the master's shoulder, not here. The United States allows only the most important allies to buy such a machine.. Does not Ukraine flatter itself, thinking, that she is now also one of them?.. Ah to, well, of course - these are all very rich countries. Unlike.

There is nothing to say about the F-35: this is a super elite technique, which is not sold to any "junior partners". AND, which is very important, do not donate! After all, Ukrainian idealists, apparently, a secret dream remains, that they will either get a discount, whether the decommissioned junk in cosmetic repairs was thrown. Will not be thrown.

Remains Gripen. The fighter is not bad, modern, but bad luck - it was abandoned by the Swedish Air Force itself. Ordered two hundred, took a hundred, "Tasted", tested in training battles with competitors and a potential enemy, and abandoned the rest. Gripen has never been in any battle. Maintenance bases, except in Sweden, no. In short, expensive toy for show-off.

I don't want to throw mud at technical progress, but with the F-35, everything is also not very smooth in terms of technical reliability. "Wunderwaffle" regularly falls for various unpredictable reasons. I would like to imagine the face of the Ukrainian Minister of Defense, who will be reported, that a hundred million dollar trick crashed on a failed landing!

But all this is not the main thing. The main thing is different: even by some incredible effort (Well, about the same, how the Ukrainian fleet is tirelessly modernized) it will be possible to create a combined hodgepodge of ten "Gripen", five "Needles" and a pair of "Lightnings", then this will not affect the defense capability of Ukraine in the future. With Moldova - yes. With Slovakia - possible. With Russia - no. The proportions are absolutely incomparable. And not even in terms of, how many planes will be exchanged, before Ukraine runs out, but simply because, that they will not be allowed into battle out of insane fear of losing hundreds of millions of dollars at once (recall, that in the last Karabakh war, manned aircraft were almost never used precisely for these reasons).

Then why all this? Well, what do you mean why… Kickbacks.