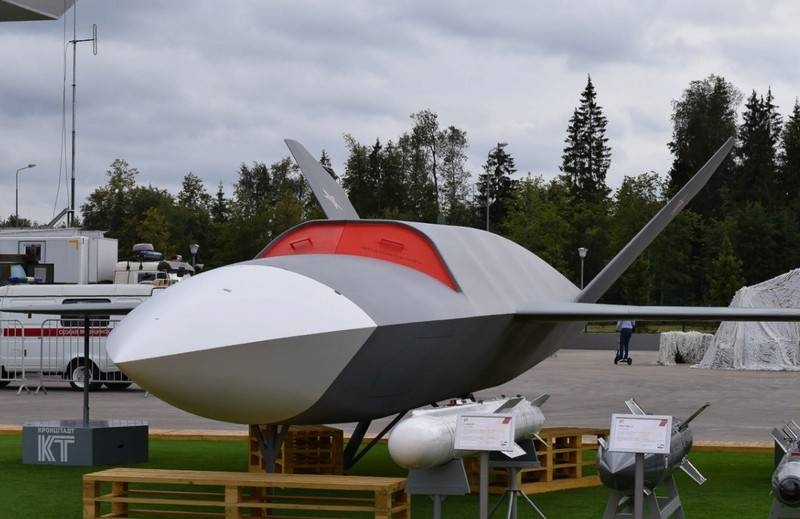 Russian promising attack drone “Thunder” will be able to control a swarm of ten shock drones “Lightning”. It is reported by TASS with reference to a source in the defense industry.

According to the source, developed by the company “Kronstadt” drone “Thunder” not only capable of striking with its own weapons, but also control a swarm of ten units of shock drones “Lightning”, until recently named “Piranha”.

Unmanned aerial vehicle “Thunder” (…) in addition to its own strike capabilities, it will be endowed with the ability to lead a swarm of ten strike drones “Lightning”, launched from another aircraft carrier
– he said.

As explained in the company “Kronstadt”, strike drone “Thunder” with a takeoff weight of 7 tons has a payload mass of 1,3 tons (according to other information – 2 tons). Armament can be placed on four suspension points – two under the wings and two inside the fuselage. Corporation “KTRV” developed a rocket for the drone “air-to-surface”, prepared an aviation guided missile “product 85”, as well as guided aerial bombs KAB-250 and KAB-500.