Russia has developed a grenade launcher shot to neutralize drones 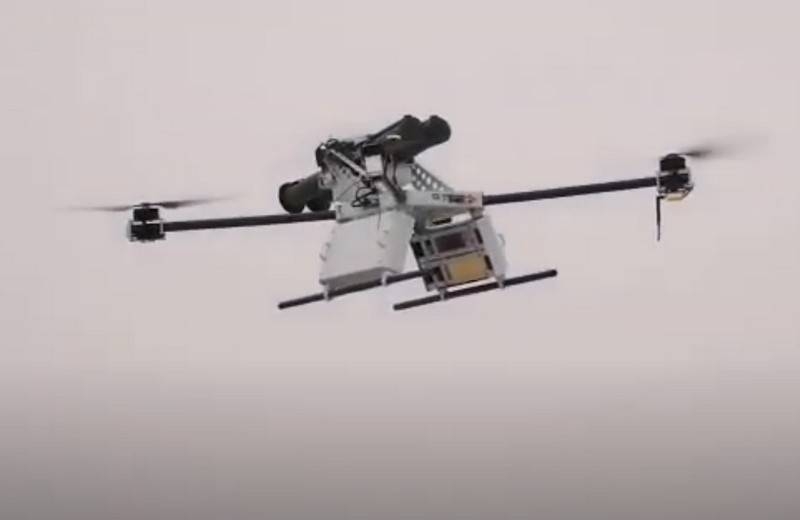 Special grenade launcher ammunition for hitting and capturing a small drone developed in Russia. The patent for the invention is published on the official website of the Federal Institute of Industrial Property (is a part of Rospatent).

The creation of special ammunition was carried out at the Military Academy of the Strategic Missile Forces named after Peter the Great. The patent description says, that the ammunition for the grenade launcher has a combat and throwing unit, the warhead is made of separate striking elements, located inside the body and striking segments, fastened together by flexible elements, forming a network.

(…) a protective metal container in the form of a cylinder is placed inside the shell of the ammunition to ensure safety, compact placement and directional opening of the net after the shot
– it says in the description.

There is no other information about the new ammunition to neutralize drones., most likely we are talking about a shot for a grenade launcher, although there may be other options.

note, what in 2019 year, the US Department of the Army has issued a patent for a 40-mm grenade for grenade launchers, designed to combat drones. The ammunition consists of two parts - a detachable warhead and a hull. There is a network inside the case, which should entangle the UAV in flight. This ammunition can be fired from a conventional under-barrel (or any other) 40-mm grenade launcher.