US loses in Africa to China and Russia 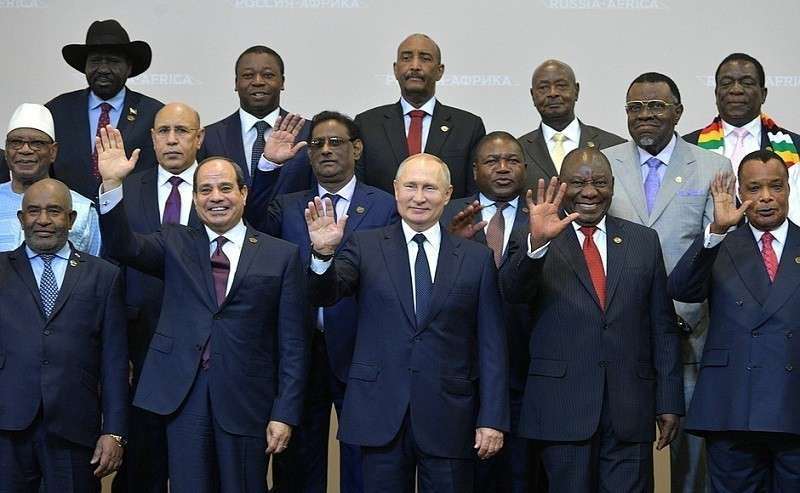 Serious obstacles to the implementation of the US African strategy

"In Africa, the struggle of the great powers not in favor of the United States is escalating" - an article under this heading was published by the magazine Foreign Affairs. The authors of the article are retired major general, former Commander of US Special Operations Command in Africa Markus Hicks, Kyle Atwell, Ph.D. and Dan Colliny, US Joint Chiefs of Staff.

All three are concerned about the weakening of the US position on the Black Continent, claiming, that China and Russia are winning there. America urgently needs a new comprehensive African strategy, American analysts say. "As active and former military, one of whom led the US Special Operations Command in Africa with 2017 by 2019 year, we guess, that the United States should position itself as the preferred partner of African nations in an era of heightened great power rivalry. Failure to do so would jeopardize U.S. interests on the continent and, perhaps, US security at home ", - the article says. 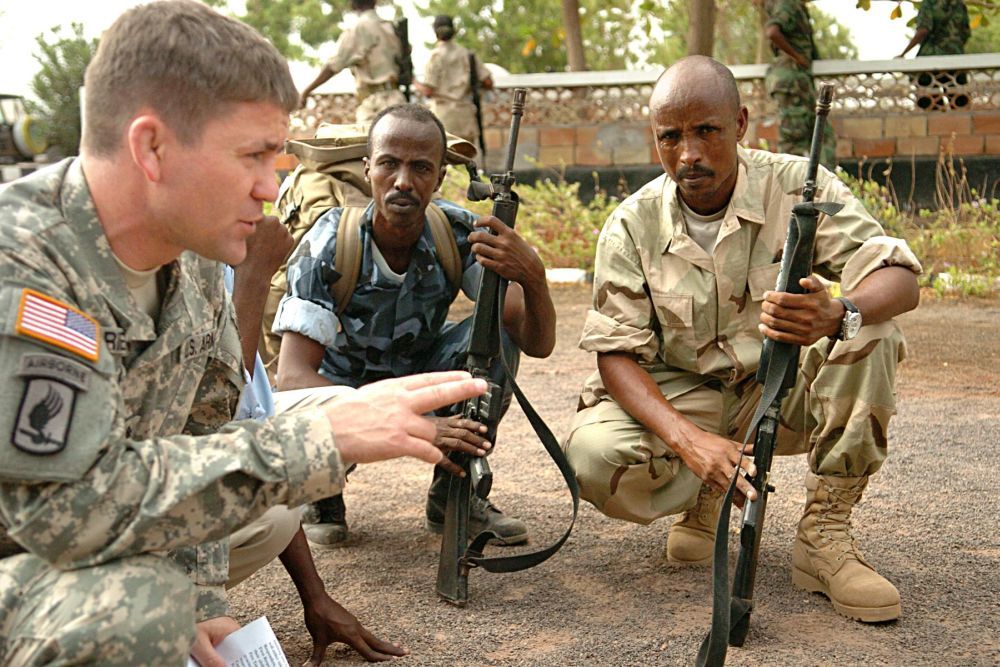 Grounds to consider, that the United States is losing the "battle for Africa" ​​really is. China has long been the main trading partner of the Black Continent.. If in 1999 year, the trade turnover between the PRC and African countries was 6 billion, to the 2009 year this figure reached 100 billion, and in 2018 - 204 billion. On average, trade between China and Africa increased by almost 20% in year, direct investment - on 40%. A well-known consulting agency McKinsey considers, что эти цифры занижены примерно на 15%.

Chinese are present in Africa in infrastructure, in mining, in agriculture, in the service sector. In construction, the share of Chinese companies reaches 50% of the total volume of all construction contracts, imprisoned by African states with foreigners. "China is squeezing out from the markets of Africa and Asia even manufacturers of high-tech products from developed countries", - writes Forbes. 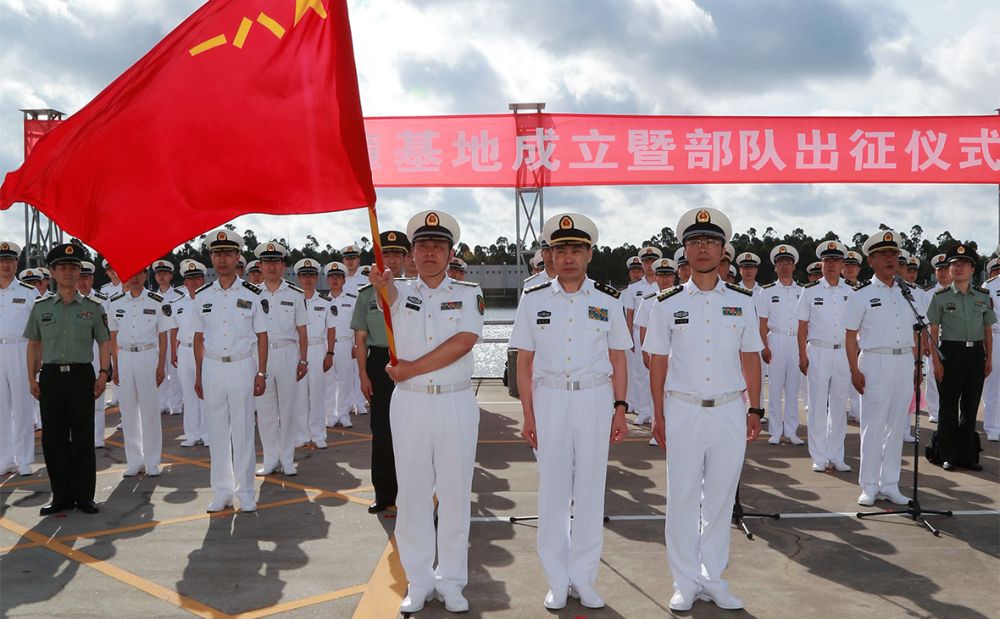 Opening ceremony of the Chinese military base in Djibouti

China's strategic goal is to integrate the African continent into the Belt and Road Project. To protect its own projects, China reached an agreement to create a stronghold on the African coast - a Chinese military base is being built in Djibouti.

Russia's influence is also growing. “In recent years, Russia has significantly expanded its presence in Africa, signing with 2014 years of military agreements since at least 19 countries and becoming the main supplier of weapons to the continent, - notes Foreign Affairs. – Just a few days after, how the US announced its plans to withdraw its troops from Somalia in December 2020 of the year, Russia stated, that reached an agreement on the creation of a new naval base in Port Sudan. Her private military companies ... now operate across the continent, from Libya to the Central African Republic and Mozambique ". 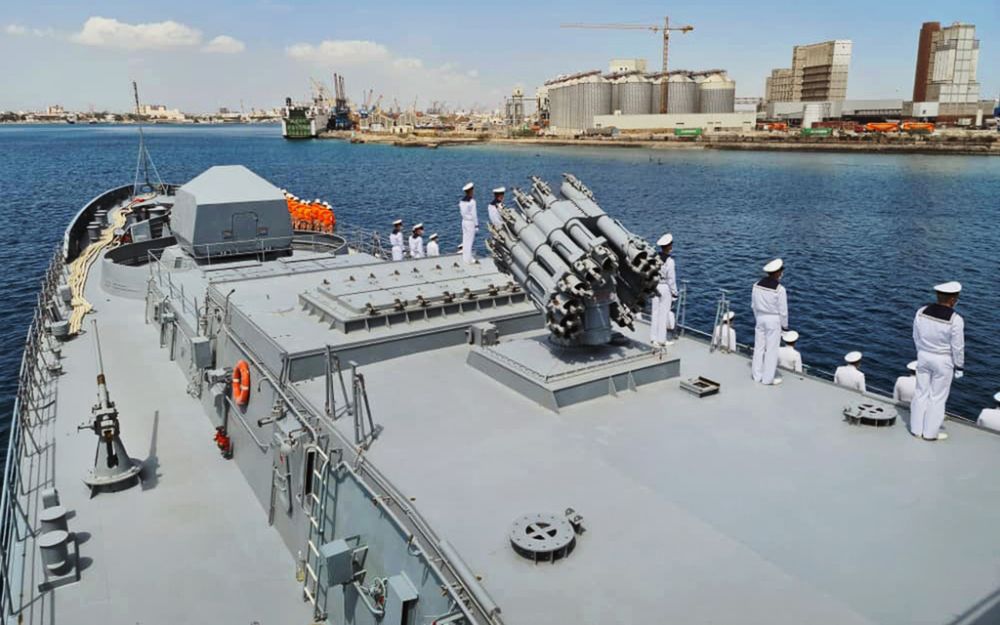 "Admiral Grigorovich" off the coast of Sudan

One of these days to the port of Sudan, where, on the basis of an intergovernmental agreement, a support point for the Russian Navy is being created, for the first time the Russian frigate "Admiral Grigorovich" came on a visit. According to Western media, strengthening Russia's position in this area gives it the opportunity to extend its control to the Red Sea and the Suez Canal.

Cooperation of the Russian Federation with the states of the Black Continent is not limited to the military sphere. AT 2019 Russia hosted the first ever Russia-Africa Summit in Sochi, which gathered about 10 thousand representatives of over 50 African states. The issues of developing cooperation in the economic field were discussed. 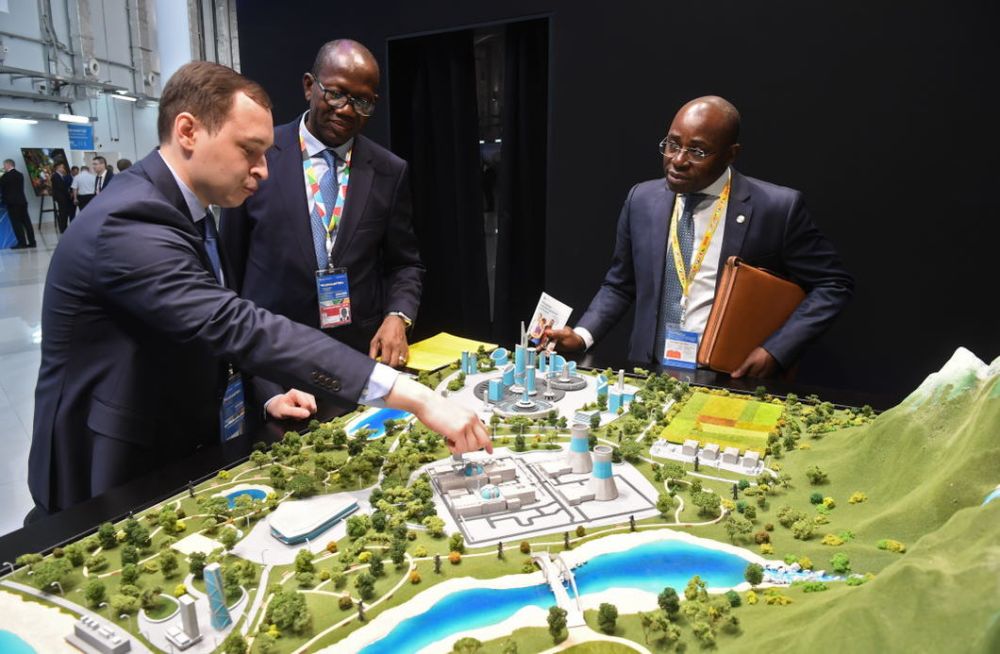 Speaking at the Russian-African summit, Vladimir Putin noted: "Our partnership, rooted in the period of the joint struggle against colonialism, is strategic and long-term. Of course, there are significant opportunities for enhancing Russian-African cooperation in various areas ".

For period 2010-2018 years, Russia's trade with African countries doubled and amounted to more than 20 billion. The spectrum of that, what Russia offers its African partners, wide: supply of Russian equipment to a Moroccan oil refinery, creation of a joint complex for the production of ammonia and urea for 1,2 billion dollars in Angola, construction of an oil pipeline in the Republic of the Congo, promoting the development of Angolan railways in Angola, construction of the Center for Nuclear Science and Technology in Rwanda, etc.. 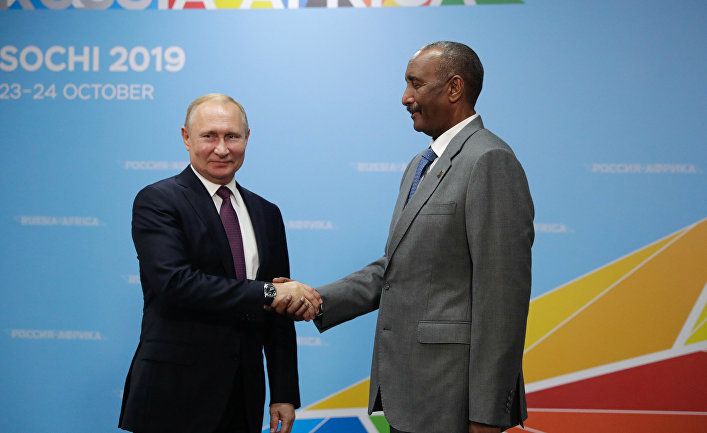 AT. Putin at the summit with African countries. A photo: Pool

And the US influence in Africa is really falling. According to American experts, the first mistake the United States made, when the purchase of African oil was reduced, relying on the discovered deposits of shale raw materials. The second - when they began to withdraw their troops from troubled regions. As a result, for 2008-2019 years, U.S. trade with African countries declined from 104 billion dollars to 39.

Memories of the slave trade hold back U.S. relations with Africa, which the Americans did, taking out black slaves to their plantations. Towards a new comprehensive African strategy, called for by US military analysts, there are quite serious obstacles.

The title photo: At the Russian-African summit