Is a new Japanese-Russian war coming?? 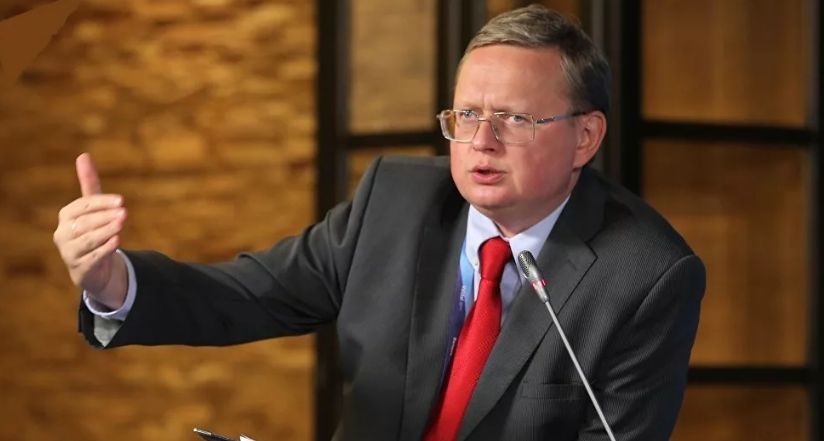 Memories of the future of Dr. Delyagin

The admission of the war between Japan and Russia over the Kuril Islands and other Russian Far Eastern territories by the well-known publicist, Doctor of Economics Mikhail Delyagin, caused contradictory responses.. There were also those, who reproaches the scientist for his predictions.

What the famous economist warns about? And how he justifies his somewhat sensational forecast?

"Japan is preparing a strike fist not against China. She's too weak against China. And in order, to take away not only the southern Kuriles, but also Sakhalin, and the Kuriles in general, can, even Kamchatka. AND, can, even Primorsky Territory. By military means!» - Delyagin asserts. For this, According to him, Japan is engaged in covert creation of ultra-modern navy.

Of course, someone will become ironic about "alarmism", question Delyagin's thoughts, declaring the incomparability of the military potentials of the two countries. Can be considered frivolous, what "Two nuclear bombs will be enough for Japan" or a series of explosions in the coastal area, as a result of which, due to a powerful tsunami, the Japanese islands will go under water. All this is reminiscent of the hating of Russian politicians and generals on the eve of the Japanese-Russian war. 1904-1905 years.

Recall, that until the end of the 19th century, there were no signs of the intention of the Land of the Rising Sun to resist militarily to a powerful neighbor in the north - Russia -. Japan was not included in the list of potential opponents of the Russian Empire, its General and Main Naval Staffs did not have developed plans for a war with this state, considered militarily weak. St. Petersburg then saw a threat to their possessions in the Far East not so much from Japan., how much from UK. There was, eg, defense plan in case of a joint Anglo-Chinese attack on the Russian Pacific coast.

However, Delyagin does not fantasize, when warns, that the Japanese political class and a significant part of the population do not limit claims to Russian lands "four bare rocks in the sea", how the southern Kuril Islands with straits and the richest 200-mile economic zones are drawn by supporters of the surrender of Russian lands to Japan. In Japan, the concept of "northern territories" is also broadly interpreted..

Right-wing nationalist organizations, regularly arranging Sabbaths at the Russian Embassy in Tokyo, capital-financed, all the Kuriles to Kamchatka and Karafuto, the southern half of the Russian island of Sakhalin, are desperately demanding.

There are more far-reaching plans in the minds of Japanese revanchists., the implementation of which is associated with the "collapse" of Russia, the separation of the Far East from it as a result of the "color revolution". And Delyagin's mention of Kamchatka and Russian Primorye is a "memory of the future". How long have politicians and generals of the Land of the Rising Sun on their maps of the war with the USSR planned to occupy and include the Far East and Siberia to Omsk in the "great Japanese empire"??

Need to think, the Japanese authorities will not wait for the weather by the sea. They will try to bring the "color revolution" closer to Russia. After all, B. Putin not only refuses to continue negotiations on the surrender of Russian territories, but also as the Supreme Commander-in-Chief, he takes care of strengthening Russia's defense capability in the Far East, including the Kuril Islands. This is evidenced by the recent special meeting of the Security Council of the Russian Federation on the problems of ensuring security in the Far Eastern region..

Delyagin also talks about, how Japanese emissaries and agents of influence will act in our country. «…Their official scientists, politicians made a number of statements, which show, that Japan is now leaning towards strategy 1905 of the year, to support the liberal opposition within Russia as a way to seize the Kuril Islands. The Japanese media are now making a very strong call to end the dialogue with Russia.. And support the opposition against the backdrop of the arrest of Navalny ", - writes Mikhail Delyagin.

“In Japanese political circles, it is believed, that only with the change of power, with the overthrow of the legitimate government in Russia, Japan will regain the southern islands. In November last year, a rather prominent Japanese political scientist stated, that the change of Foreign Minister Lavrov, which is not on the agenda, will increase the chances of the return of the southern Kuriles ... Japan's attempt to return the "northern territories" is a creeping quiet aggression, which is carried out against us. And that, that they are going to use the protest movement in Russia, this is an open interference in our internal affairs ",

At the end of February, the Russian media reprinted this recommendation., appeared on Japanese social networks: "Negotiations with Russia, may be, and you need to continue. But it will be much more effective, if we send many agents to Russia, who will seek its disintegration from within!»

And Japan has experience in creating a fifth column in Russia in the 1990s., including from high-ranking government officials, defended the interests of not their own, and the Japanese state. This is described in detail in the published in 2005 year of the book of a prominent specialist in Japan, Professor Igor Latyshev "Putin and Japan. Will there be concessions?».

I will give a lengthy quote from the book I. Latysheva: “... the unceremonious invasion of the information space of Russia by Japanese propaganda began. Embassy of Japan in Moscow, as well as envoys of the Japanese ruling Liberal Democratic Party and other organizations - champions of territorial claims to Russia without any hesitation began to deploy their propaganda activities in the capital and other Russian cities. At the expense of the so-called Japan Fund controlled by the Ministry of Foreign Affairs of Japan, as well as other sponsors by the Japanese in these years were published in large numbers in Russian and distributed free of charge among the Russian population, including deputies of the State Duma, officials of federal ministries and municipal institutions, academics and press representatives, all kinds of books, magazines and brochures, in which the inclusion of the southern Kuril Islands into Russia in 1945 year depicted, as "aggression" and "gross violation of international law" and deliberately illegal demands were put forward for the urgent transfer of the named islands to the possession of Japan.

And what is amazing: this propaganda anti-Russian activity of Japanese politicians on Russian territory met with no objections, no opposition as in the Ministry of Foreign Affairs , and other state institutions of Russia, although such Russophobic propaganda could not but harm the national interests of the Russian people ... " (Igor Latyshev. Putin and Japan. Will there be concessions? M., 2005, pp. 129-130).

Time, of course, changed. Now those campaigning for changing the border of Russia in favor of another state face a prison term. but, judging by the calls of Joseph Biden to allies, including Japan, attempts to "shake" Russia for its final dismemberment will continue.

Therefore, I consider Mikhail Delyagin's warning very timely.. I would like to believe, that it will be heard by the political and military leadership of our country.