"In case of war, Poland will be the first in NATO to take a hit" – ex-commander of the Polish ground forces 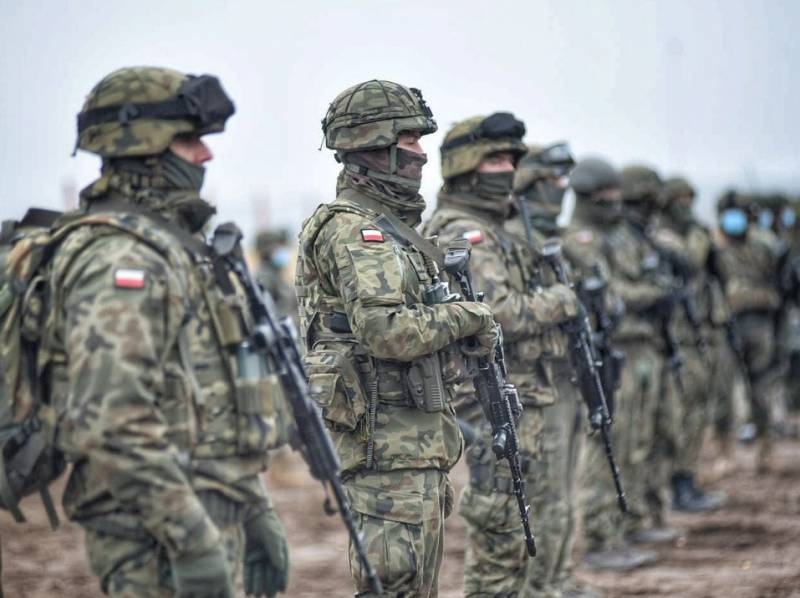 Retired Lieutenant General Valdemar Skshipczak, former Commander of the Ground Forces and Deputy Secretary of State of the Ministry of National Defense, in an interview with the Polish press, spoke about the need to restore conscription.

In case of war, we will need 400 thousand soldiers and more. Poland cannot afford to have so many professional soldiers. In this way, 70 percent – these are reserve soldiers, who will be called up only in case of war. But who should we count?
– asked the former commander of the Polish ground forces.

The decision to cancel conscription into the Polish army was, according to a senior retiree, purely political. In fact, you shouldn't have refused the draft.. As a result, more than 10 years ago, the complete transfer of the Polish army to the contract manning principle led to sad consequences.

As Skshipchak notes, now the entire real mobilization reserve of Poland is represented by people, which are not young. They will no longer be able to serve in combat units due to age and health, and the "storekeepers" are younger 35 Poland just doesn't have years.

In case of war, Poland must exhibit at least 400-450 thousands of soldiers to protect their interests. However, the country no longer has such a number of storage facilities. As a result, the shortage in parts will be 70% personnel.

Skshipchak noted, that Poland is a NATO cover country and in the event of a war, it is Poland that will be the first to take a hit among all NATO countries. apparently, here a feeling of jealousy should arise in the Baltic republics… General retired and advocates for the restoration of the conscription system. But to attract recruits, he proposes to carefully consider the system of benefits and bonuses for the Poles who served in the army and for their close relatives.