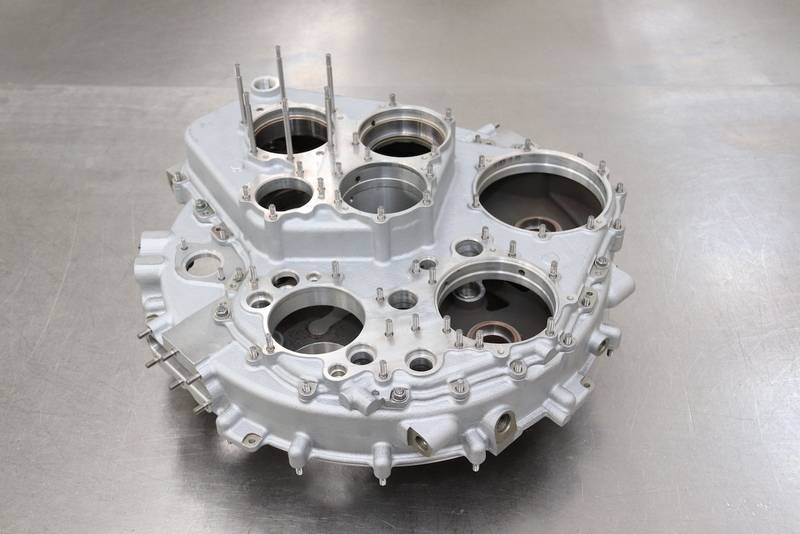 Photo from the site “Rostec”

A new gearbox for the promising VK-650V helicopter engine was created in Russia. It is reported by the press service “Rostec”.

Manufacturing complex “Salute” (included in the UEC) developed a gearbox for the promising VK-650V engine. The first sample of the gearbox is already being tested as part of the demonstrator engine at “UEC-Klimov”. celebrated, that all work was completed on time.

(…)behind the production complex “Salute” production of one of the key elements of the prototype of the VK-650V engine - the gearbox is fixed. The viability of all systems of the power plant depends on this unit - the fuel, oily, electric, as well as power transmission to the propeller
– It said in a statement.

This year, the enterprise was tasked with making three prototypes of the VK-650V gearbox for subsequent tests..

The start of the development of a new VK-650V gas turbine engine was announced in 2019 year. In July 2020 of the year Ufa Engine-Building Association (“ODK-UMPO”) announced the beginning of production of the VK-650V demonstrator engine. The new engine has takeoff power 650 l. from., and also in various modes gives out from 400 to 750 l. from. At the end of January this year, VK-650V entered the stage of bench tests.

The engine is designed for the Ka-226 helicopter, as well as helicopters “Ansat”. Certification must take place in 2023 year. Russian VK-650V to replace French Arrius 2G1 engines on Ka-226T helicopters.