Poland and Russia can unite Central and Eastern Europe 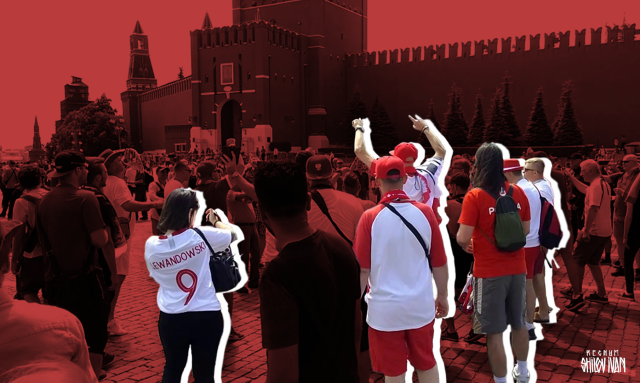 One of these days turned 30 years of the Visegrad Group format, uniting Hungary, Poland, Slovakia and the Czech Republic. In Warsaw, this format is considered as the core of the enlarged region of Central and Eastern Europe. (CVE), where is Poland, of course, sees himself as a leader. About it, in particular, on the pages of IA REGNUM wrote the director of the Warsaw Stock Exchange Marek Dietl:

“Today Central and Eastern Europe has growth potential much faster, than the EU as a whole, but the main challenge remains high market fragmentation. They are too small, to individually compete with Western European markets. Integration is necessary to attract high-class institutional investors to our region. I really hope for the Capital Markets Union initiative, which with 2014 supports the recovery of capital markets in the EU. Great chance is the Three Seas Initiative, which was established in 2015 year and aims to strengthen the cooperation of countries from the regions between the Adriatic, Baltic and Black Seas in the field of digitalization, energy and transport ".

The problem is, that the very idea of ​​Central and Eastern Europe needs a geopolitical shaping, which has yet to be written. After all, the history of the Eurasian continent does not know such a region. Even before the end of the 20th century, it was fragmented and split. CEE countries, many of whom gained sovereignty and independence only after the First World War, were part of the Austrian, Russian and German empires. certainly, Poland cannot be ignored in this regard, which, prior to the partitions of the Commonwealth, was an important European player and at some time even competed with the leading powers on equal terms. This position of her did not lose value even in years, when Polish lands were divided between three empires. The First and Second World Wars clearly showed, what an important role Poland plays in Central and Eastern Europe.

But her role can be twofold.. In recent years, Poland has adopted a destructive position, feeling more like a NATO member, than the European Union. Focusing on the leading state in the alliance, USA, the country on the Vistula is positioning itself as another American state, which is reflected in the general perception of Central and Eastern Europe. And it's not just about traumatic heritage. The same Hungary and the Czech Republic have every reason to treat Berlin with no less suspicion and resentment., Vienna and Moscow. But they are pursuing a fundamentally different policy., than Poland. And if we talk about Budapest, which Warsaw considers its main ally, then in relation to Russia he is generally an antagonist of Polish foreign policy, although he could play the anti-Russian card, relying on the complexes of the past. maybe, which is also why Poland fails to convince its neighbors in Central and Eastern Europe in its claims to be the leader of this region.

Polish ambitions are not supported by Polish diplomacy. Warsaw is building the concept of CEE, including sub-projects of the Visegrad Group and the Troyemorye Initiative, based on the basic principle of rejection in any form of Russia. However, the idea of ​​integrating Central and Eastern Europe and Russia would be more productive., and even boldly assume, Eurasian Economic Community. After all, Moscow is not at all determined to restore the Soviet Union, and the dream of Europe from Lisbon to Vladivostok does not necessarily condemn CEE to geopolitical marginalization and vegetation. Only together with Russia can Central-Eastern Europe become the second important and balancing wing of the European space from the Atlantic to the Pacific Ocean. Otherwise, CEE will remain a working backroom for Western Europe, EU locomotive countries represented by Germany and France, who will exploit it to their advantage. And no Americans will change this position.

In one of his interviews, the chairman of the ruling Polish party "Law and Justice" (PiS) Jaroslaw Kaczynski once said, that Warsaw could agree with Moscow, if the latter took into account the interests of the former in Central and Eastern Europe. true, then the head of PiS made a reservation, what, in his view, it is impossible to expect this from the Russians. However, several years have passed, and already Poland and Russia separately, true, and in different words, but present an invoice to the EU, accusing him of arrogance and double standards. This speaks of the dissatisfaction of Warsaw and Moscow with the, what place does old Europe give them. If the interests of our two countries coincide here, then one could try to enter the alliance. And he, in turn, will become a point of attraction for other countries of Central and Eastern Europe, combining them into a single block.