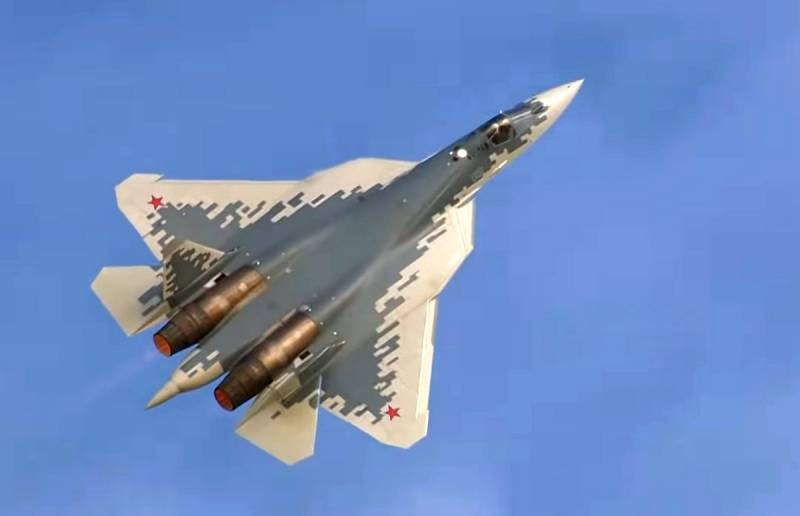 According to the source, Su-57 conducted several test flights with mass and size mock-ups of a new intra-fuselage hypersonic missile. Airplane throw tests are planned for the near future. The characteristics of the rocket are not disclosed, declared, that she is small, belongs to the class “air-to-surface” and is designed to defeat ground targets.

An experienced Su-57 fighter, as part of the tests, performed several flights with functional mass and size mock-ups of a new Russian intra-fuselage hypersonic missile. Prior to this, a new product was tested in the internal compartment of the fighter on the ground.
– said the source.

he explained, that homing heads and electrical circuits were installed on the tested rocket mockups to check the interface of the ammunition electronics with the Su-57 onboard equipment, but there were no engines and a warhead. At the same time, the layout fully corresponded to the size of the rocket., shape and weight.

The creation of a small-sized hypersonic missile for the Su-57 fighter was reported exactly a year ago – in February 2020 of the year. Then information appeared in the Russian media, that the new missile is intended for intra-fuselage placement. No characteristics of the ammunition were also given..