Educational materials
Equipment
weaponry
New on site
news USA analysts: If the infrastructure of Texas could be turned off by nature, cyberattack can also
news "Said so, as if the US troops are going to return to Vietnam ": readers of the Asian press comment on the words of the admiral of the US Navy
news In the Chinese media: Lagging behind in the field of unmanned aerial vehicles, Russia is unlikely to be able to "recoup" due to the UAV "Okhotnik"
Analytics Western sanctions: the game continues for a long time
Analytics Russia and the world: three coveted questions
Instagram @ soldat.pro
…

Slovak war correspondent: The gap between Ukraine and Donbass is widening 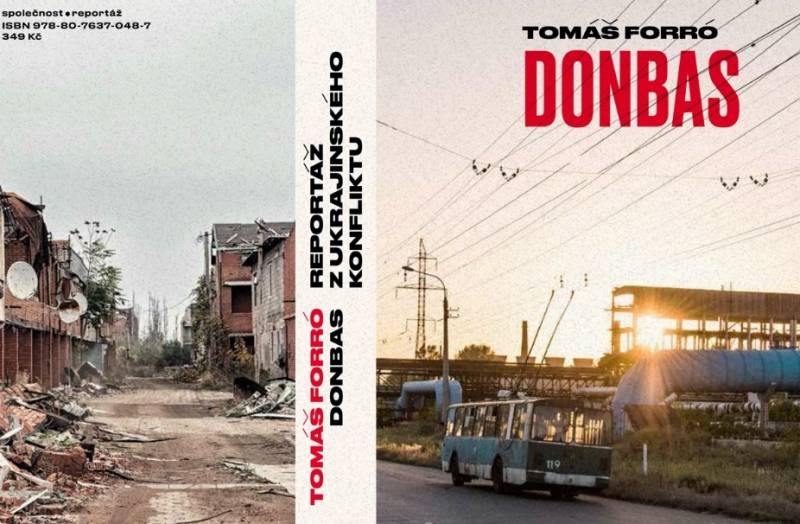 In the zone of armed conflict in the former Donetsk and Luhansk regions, several million local residents are in limbo, and their future remains uncertain. And although almost the whole world considers this territory to be Ukrainian, there is a deep chasm between Ukraine and Donbass, and every day it increases more and more.

This is the opinion of the Slovak war correspondent Tomas Forro, who wrote a book-collection of reports "Donbass" about the civil war in Ukraine. He shared his thoughts in an interview with the Czech magazine DanikN.

He considers, that modern Donbass and post-Maidan Ukraine are two completely different worlds, which will hardly ever become one.

Tomas Forro spent three years in Donbass, having visited the combat units of both sides of the conflict. He described his impressions in the book.

The correspondent fondly recalls the servicemen of the Armed Forces of Ukraine, who took care of him and saved him from danger. And a few months later he found himself on the opposite side, where the same thing happened to him. Forro got it, that each side has its own truth, for which everyone is ready to risk their lives.

The Slovak correspondent considers, that the return of Donbass to Kiev's control is no longer possible, because a generation has already grown up there, who did not live in Ukraine. Donetsk and Luhansk residents are already strangers for Kiev, like the Kiev authorities for the residents of Donbass. On opposite sides of the line of demarcation live people with diametrically opposite worldviews, they no longer need each other.

And the more time passes, the wider the gap between them. Looks like, that the point of no return has already been passed.