Israel is concerned about the ethnic composition of the Biden administration 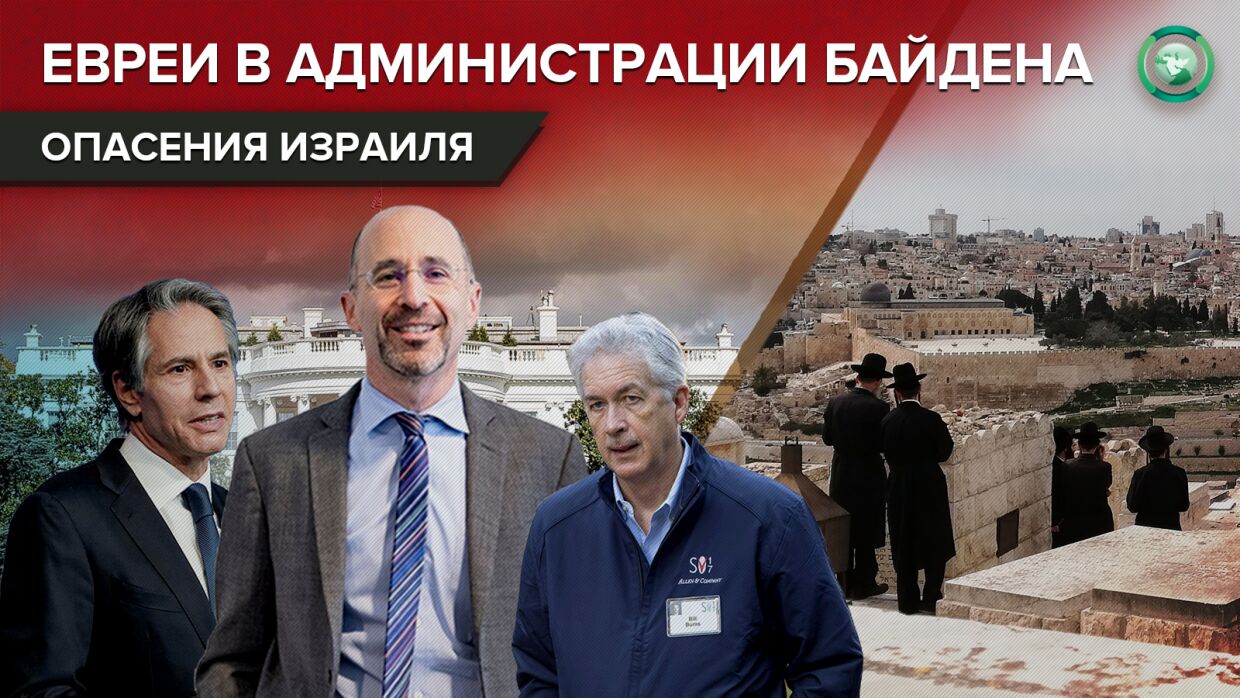 Immediately after the inauguration of the President of the United States Joe Biden, all his ministers and members of the administration began to carefully study, including longtime allies of Washington.

So, in Israel were interested in ethnic composition, rather, large numbers of Jews in the White House. There they tried to classify them as ideologically close or hostile to the Jewish state., given the diverse positions on a number of issues.

What are the hopes and fears of Israel connected with - read in the material of the international edition of the Federal News Agency.

From the very first days of Biden's rule, it became clear, that his administration will include more Jews in key positions, than ever before in the USA. But this time there were reformists and conservatives among them..

Now the focus of Israeli experts is on such figures, as secretary of state Anthony Blinken, Minister of Finance Janet Yellen, Secretary of Homeland Security Alejandro Mallorca and the head of the White House administration Ron Klein.

Meanwhile, from this list, attention is most concentrated on the new head of the American Foreign Ministry.. they noted, that the only Jew in the post of US Secretary of State was Henry Kissinger (real name Heinz Alfred Kissinger), who has held this position since 1973 by 1977 year. celebrated, that he “served Israel more, than any other Jew, ever appointed to other administrations ".

The Secretary of State himself has already attracted the attention of Israel by approving a two-state solution in the settlement of the Israeli-Palestinian conflict. He also criticized the former president's approach Donald Trump to a nuclear deal with Iran - which Blinken previously described as a failure.

At the same time, the support of the new Secretary of State for Israel on the ownership of the Golan Heights, makes Tel Aviv hope to further strengthen the longstanding partnership between states.

It's too early to judge the secretary of state, since his activities have not yet gone beyond simple rhetoric. However, joint decisions with Biden on the nomination of certain candidates for important government posts can already be assessed as real political steps.

William Burns - head of the CIA

Security officials voiced concern to Israel over the possible appointment of William Burns as Director of the US Central Intelligence Agency.

Former US Ambassador to Russia William Burns to become CIA head. Joe Biden is about to appoint him, as soon as he starts his presidency. “The American people can sleep well, knowing, that he will be the next director of the CIA”, – stated Biden https://t.co/TgaknpUhPM

Fears of the Israeli side may be caused by Burns's attitude to the Middle East agenda. In particular, his position on the Palestinian question and the theme of the "Arab Spring". American leader views a series of revolutions in Muslim countries as a prospect for achieving democracy and promoting human rights.

“The United States Will Help Stabilize the Situation and Promote Progress, helping support political activism and democratic change in the region, as well as economic openness and opportunities, critical to the success of these changes ", - said Burns in 2011 year.

However, he noted, that authoritarian countries can try to take advantage of the post-revolutionary situation and intervene in the processes taking place in the region.

Burns' Attitude to the Joint Comprehensive Plan of Action (SVPD), concerning the limitation of the Iranian nuclear program in exchange for the waiver of sanctions by Western countries, also considered a sore subject for Tel Aviv.

Now the future head of the CIA is one of the supporters of the return to this treaty., which 2018 year tore Donald Trump. Furthermore, he expressed his firm intention to find a way to achieve renewal and renewal of the JCPOA.

Initiative irritates Israeli side, does not recognize Tehran as a reliable business partner, able to coexist peacefully with other countries and fully participate in the development of the region.

“If you are soft on Iran, then you won't get deals with him ", - stated at the end 2020 Prime Minister of Israel Benjamin Netanyahu.

On the other hand, Burns was an important figure in American politics before. During the presidency Barack Obama he played a key role in shaping the military operation in Libya in 2011 year. During this period, Burns helped change the US leader's view of supporting the Hosni Mubarak, ousted from the post of President of Egypt as a result of the revolution.

Political biography of Robert Mally is also notable for anti-Israeli speeches. He served as advisor on the Middle East and Palestine to the presidents Bill Clinton and Barack Obama.

Robert Malley is expected to be appointed as US envoy to Iran #USA#Malley#Iran#JoeBiden#Blinkenhttps://t.co/g1qzmXNMaJ

So, at 2000 year after the failure of negotiations between the Prime Minister of Israel Ehud Barak and the President of the Palestinian National Authority (INT) Yasser Arafat, organized at Camp David with the participation of Bill Clinton, Malli blames the head of the Jewish state for the failure. After that diplomatic meeting, the American adviser noted, that the proposals put forward by the Israeli side did not imply an attitude towards the PNA as an equal party to the negotiations. In doing so, he supported them, Noting, that "today the Palestinian side cannot go to peace on its own".

Then the lack of diplomatic success led to an armed uprising of the Palestinian Arabs, which began in the Gaza Strip and the West Bank.

“Hamas campaigned on promises to establish effective government and improve the lives of Palestinians, they can't do it, if the international community turns its back on them ", - wrote Malli.

Now the official still adheres to a similar position and is trying to draw public attention to the critical humanitarian situation in the Palestinian territories., in the Israeli blockade.

Besides, he takes a clearly pro-Iranian position. During the Trump presidency, Malli noted, that Tehran's actions are currently almost the only possible in the current situation.

“If you are Iran, then tools, which are now in your arsenal, Is the ability to expand your nuclear arsenal, excite the markets or threaten the countries of the region and the US presence in them ", - he declared.

Who will be the ambassador to Israel?

As long as the post of the American ambassador to Israel remains vacant. For this position, whose area of ​​responsibility will now include the Palestinian territories, several potential candidates are considered at once.

From now on, the US Ambassador to Israel will be called "Ambassador to Israel, West Bank and Gaza ". first (but not the last) Biden administration's innovations clearly indicate a shift in priorities in Washington. – vostochnysyndrome @parstodayrussian pic.twitter.com/TXcY3nnOwx

In particular, it could be the former US ambassador to Tel Aviv Dan Shapiro, which the lives in Israel and knows the local community and speaks fluent Hebrew.

The next contender is Amos Hochstein.Former diplomat, Served at the US Department of State and the US Department of Energy as Special Envoy and Coordinator for International Energy Issues in Ukraine. AT 2014 he helped Jordan and Israel reach an agreement on gas supplies. At the same time, Hochstein was born on the territory of the Jewish state and served in the army of this country in the 1990s..

Third nominee is a former Florida congressman Robert Wexler. AT 2010 year he retired from politics and headed the Center for Peace in the Middle East, funded by an American billionaire Daniel Abraham.

Also, Israeli experts believe, that the diplomatic post could go to the former mayor of Chicago Rama Emanuel (accused the Israeli prime minister Benjamin Netanyahu meddling in American elections), Davy Schenker (mediated between Israel and Lebanon in negotiations on the delimitation of maritime economic borders), Therefore to Nides (was Under Secretary of State for Governance under Clinton) or Michael Adler (cooperates with Israeli structures).

Trump-appointed Jewish officials held positions, who were responsible for religious matters, Israel and the Middle East. Under Biden, representatives of this ethnic group made up the majority, however did not actually show pro-Israel views.

However, the American administration is still at the stage of coming into office and is still only understanding the affairs of its predecessors. For this reason, it is unclear, what exactly to expect from the renewal of the US government and is it worth counting on national solidarity in politics.