In the USA, told about the further fate of the Russian T-80 tank 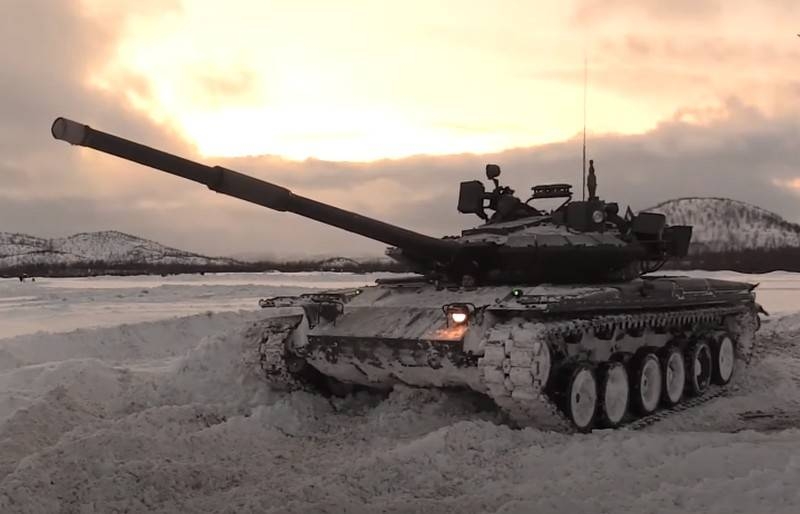 Russian tank T-80, put into service 45 years ago, and was considered one of the most efficient tanks in the world during the Cold War era, still remains one of the main tanks of the Russian army. The American edition of Military Watch predicted the further fate of the T-80.

According to the newspaper, developed during the Soviet Union, the world's first tank with a gas turbine engine as a power plant, and currently has a number of qualities, placing it among the most efficient tanks in the world.

Despite, that the T-80 was in service already 45 years, the Russian military is not going to give it up, modernizing the existing fleet. Thanks to its gas turbine engine, the T-80 is most suitable for use in arctic conditions, Where “pass” even the latest Russian tanks.

he says, what is currently in service with the Russian army is about 330 tanks T-80BV modification 1985 year and 150 T-80BVM tanks of the latest modification. At the same time, the Russian Ministry of Defense is not going to stop the program of modernization of T-80BV tanks to the level of T-80BVM and supply them to the troops..

The author of the article is convinced, that the unique suitability of the T-80BVM tank for operation in the harsh conditions of the Arctic will make it possible to keep it in service with the Russian army, at least, until the 2040s.