Space conquerors have no time to rest: Roscosmos told, how astronauts are trained 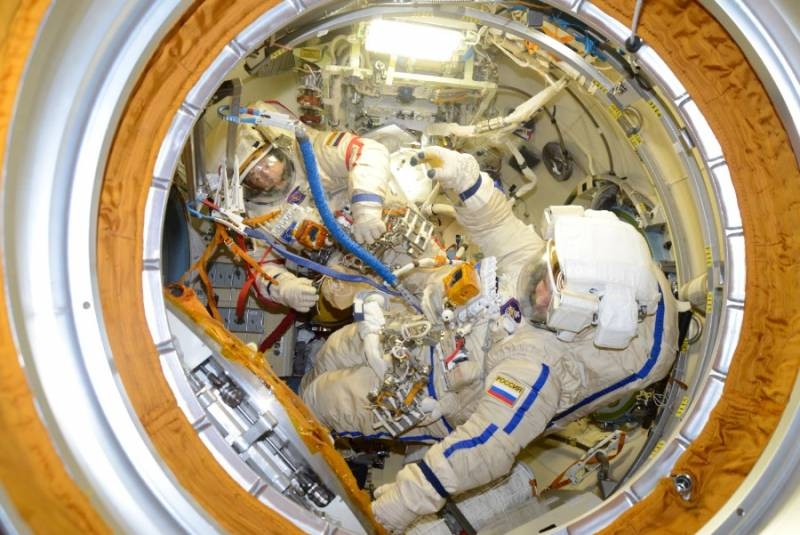 Roscosmos told, how future astronauts are prepared for flights. The duration of the preparatory program is two years.

Such data in the form of infographics were published today by the press service of the state corporation..

The two-year program is designed for 4085 hours. Looks like, that future space explorers have no time to rest, after all, during two years of preparation for vacation, they are given only 520 hours, that is less 22 days.

Upon completion of training, cadets must pass final exams, to prepare for which 40 hours. 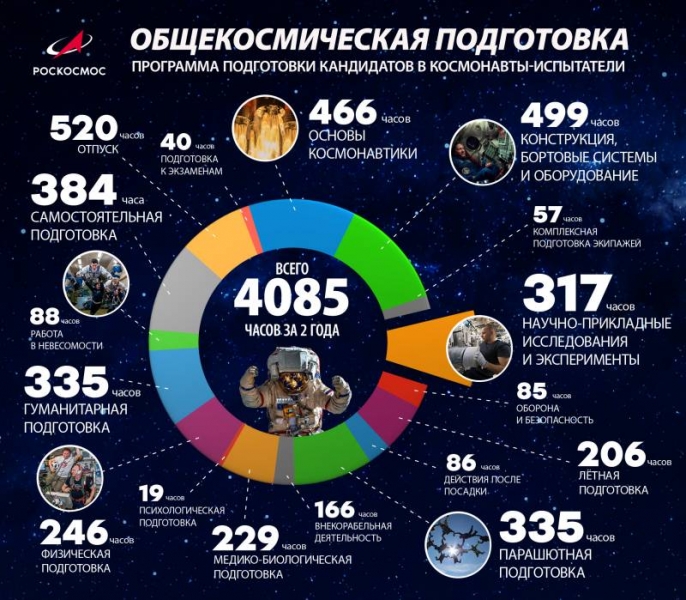 Four new candidates should begin general space training in the near future. At the end of last month, the Interdepartmental Commission recommended that the Cosmonaut Training Center enroll them in the space detachment. These lucky ones, passed an open competition, steel Sergei Irtuganov, Harutyun Kiviryan, Alexander Kolyabin and Sergei Teteryatnikov. As in the previous set, there were no girls among the candidates.

Among other things,, future cosmonauts will undergo a survival course after landing if they cannot be quickly evacuated. After all, a spacecraft can land anywhere on our planet., including in uninhabited impassable terrain, where wild animals live.