Educational materials
Equipment
weaponry
New on site
news "Goodbye, UAZ ": The Ministry of Defense of Ukraine announced a competition for a new SUV for the Armed Forces of Ukraine
news "It's getting harder and harder to get up in the air.": US Air Force Calls for Replacement of AWACS Fleet
news Former French President sent to jail
Analytics How the FSB organizes tariff maidans
Analytics From philologist to star: how Muceniece overcame the thorny path to fame
Instagram @ soldat.pro
… 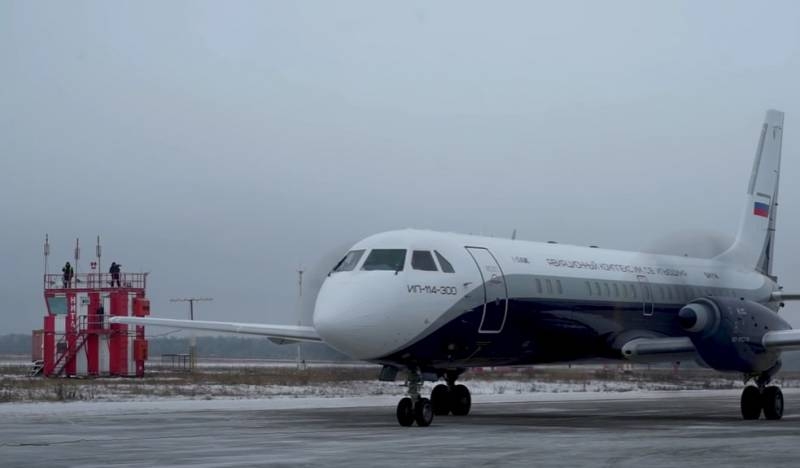 It became known about the situation with the tests of the Il-114-300. The reports from the Zhukovsky airfield stated that, that the test flight had to be interrupted at one of its stages.

Information service "Interfax" with reference to the press service of the UAC (United Aircraft Corporation) informs about the reason for the interruption of the test flight of the new Russian aircraft in the Moscow region.

Reports say that, that in flight the oil temperature sensor was triggered in one of the Il-114-300 engines. There was nothing critical.. However, the crew, guided by directives, decided to land.

UAC representatives note, that the landing of the aircraft at the Zhukovsky airfield took place in the normal mode.

In general, during test flights, such situations are quite commonplace and typical for testing a variety of airliners.. Therefore, the very presentation of information by individual resources about, that "an emergency landing was made near Moscow", do not stand up to criticism.

The first test flight of this aircraft took place in December last year.. The tests continued in 2021 year. Serial deliveries to customers are expected in about 2 of the year.