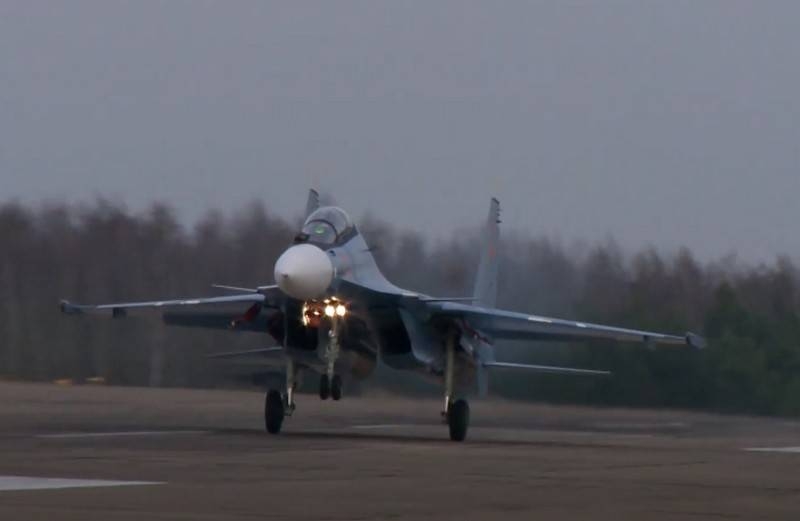 The second batch of Su-30SM multipurpose fighters will enter the Belarusian Air Force in October 2022 of the year. This was reported by the press service of the Belarusian military department.

according to the report, The Ministry of Defense of the Republic signed a contract for the supply of eight Su-30SM fighters, the first batch of four aircraft arrived at the Baranovichi airfield in November 2019 of the year, the second four fighters are expected in November 2022 of the year. Besides, at 2021 year it is planned to sign another contract for the supply of the third batch of Su-30SM fighters.

(…) between the Department of Defense and the corporation “Irkut” signed contracts for the supply of two lots of Su-30SM aircraft in the amount of four units each. Fulfilling obligations under the contract, “Irkut” In November 2019 delivered the first batch of aircraft. Delivery of the second batch is scheduled for October 2022 of the year
– It said in a statement.

earlier it was reported, what Belarus will buy 12 Russian multipurpose Su-30SM fighters in batches of 4 units.

The Belarusian military department noted, that the choice of Russian Su-30SM fighters for the country's Air Force is not accidental, earlier Belarus has already purchased from Russia 12 Yak-130 combat training aircraft, produced at the Irkutsk aircraft plant. This aircraft is a training complex for the development of fighters of the Su-30 family.. Aviation units have gained experience in operating the Su-27, prototype Su-30. In addition, the two-seater Su-30 SM can be used for both combat missions., and for training pilots.