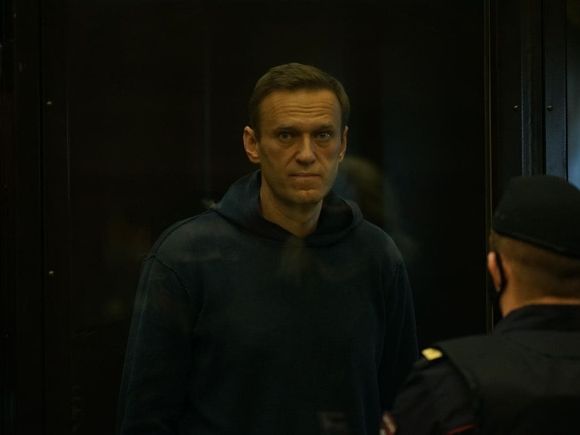 Many see the regime's panic in the dispersal of the processions, in the occupation of the centers of the capitals by thousands of guards and in unprecedented judicial manipulations, the victims of which are everyone - from a bystander to Alexei Navalny with his world fame.

doubt, what is it so. In the actions of the authorities over the past month, not so much fear is read (although it is obvious), how much dedication. Even orderliness. It hardly makes sense to analyze the verbal subtleties of today's court verdict.. He was predetermined.

Clear, that they wanted to keep Navalny in exile. Through the FSIN, he was informed in advance: if he arrives, he will be arrested. No doubt, that this is what is now used as the main argument in Putin's explanations with Western rulers - we warned, what will we plant; could understand our message and not return.

bulk, Nevertheless, flies to Moscow. He hardly doubts, that a conclusion awaits him. And it waits for him. The plan is easy to read. Aircraft, as planned in advance, planted at another airport, to make it less unrest. A preliminary trial for the same purpose is arranged right in the police. Assuming, nothing about the life of passengers, no one thought about legal etiquette, then there is no reason to look out for the authorities' panic. Only the portrait of People's Commissar Yagoda on the wall was unplanned. But the big deal is not complete without misses.

Then a surprise - full or partial, I do not know. A film about "Putin's palace" appears on YouTube. undoubtedly, so many views (now it is approaching 110 million) did not expect. The scale of performances throughout the country on January 23 and 31 is also unforeseen., and partly 2 February. But the scope of punitive measures is quite sufficient, to achieve a tactical victory, even if the detention centers are choking on the arrested.

AND, finally, the verdict of the Simonovsky court - 2 year and 8 months in a general regime colony. Everything goes according to the prepared scheme again. The search for some kind of popularity or at least persuasiveness is simply not included in it..

Therefore, there are still no serious attempts to communicate with public opinion.. clear, that TV activists denounce the State Department, and the Gelendzhik Palace, after a sluggish ten-day search, was assigned a "beneficiary". Which turned out to be, of course, Arkady Rotenberg. But it's clear, that the task of truly introducing these explanations into the minds was not even set. Serious mobilization of show business is not visible either., whose luminaries, just give a signal, will begin to praise the leader with heart-rending chorus. Do not consider boring rhymes to be an authoritative speech, composed by an out of fashion coupletist may not even be ordered by, but at the call of the heart.

All this, I repeat, not regime panic at all. It's his choice. He is not looking for praise from the people now. Just shows, that is strong by its guardians, and hopes, which thus puts an end to the dispute. The system now communicates with itself and the surrounding reality only in its own internal language.

This language does not pretend to be, to convince subjects, but prescribes fear and obedience to them.

They are required to obey the laws. By which they do not mean rules at all, obligatory for all, even authoritarian and reactionary, but just regular bans, which this minute came to mind of the authorities. And of course,, humbly endure punishment for no reason. And they also order to read the secret of the highest power - do not ask, whether it is replaceable, and not joking, what, they say, okay, let the palace belong to Rotenberg, but who then owns Rotenberg himself? And they also tell you to permanently fear external and internal enemies - and the stronger the power becomes, the more you need to fear and hate them.

The regime's rants today reflect the tension, which grows continuously in the highest circle. There is nothing tempting for ordinary citizens in them. People are trying to drive them into apathy and paranoia at the same time.

But people are not ordinary, past twenty years of bullying, signals from above are numb. How many institutions and institutions have condemned the street massacres?

The appointing governors wail in confusion, bringing the base for power events, who didn't really agree with them. Push-button parliamentarians clap their hands. Teachers, trained in election campaigns, blackmail parents and knock on students. Children's Ombudsmen, from which, however, to wait for something else and did not have to, compose reports to the authorities. University bosses obediently emit protective shouts and expel students.

Even the most "elite" and supposedly advanced structures try to fit into the landscape. Higher School of Economics finds excuse to fire arrested teacher. MGIMO is silent about the arrest of its own associate professor, seriously ill person.

At least some objections are heard only from a few local MPs, overwhelmingly minority, from a few regional ombudsmen, yes from some journalistic associations and publications, protesters against reprisals against colleagues.

In general, the establishment does not even try to advocate for its class interests.. He blindly and fatalistically merges with the regime and in any of his links does not run the risk of even slightly scolding its elite, which is losing its adequacy..

The whole system, with its own specific language, its special picture of the world and its growing weirdness, turns out to be in antiphase with society. And in fact, themes, Who is the future for - if not with today, then with tomorrow's active majority of the people. Something can be said about him.

Protests were raging across the country, but only in Moscow and St. Petersburg two groups of researchers, coordinated by social anthropologist Alexandra Arkhipova, managed to interview the 23rd and 31st for several hundred demonstrators. Most of them are young, almost two thirds of them from 18 to 35 years. from 40% to 50% of those surveyed took to protests this year for the first time. Alexei Navalny's unconditional adherents are only one-fifth, the majority "rather trust" him, but there are also people, non-supporters.

For those, who took to the streets in Russia, - and for very many of those, who didn't come out, - Navalny became the personification of freedom, dignity and hope for the future. That is all that, from which the authorities turn away with fury.

The power superiority of the regime is obvious and has just been proven again. But is this a sign of strategic strength?

Grigory Golosov, one of our most astute analysts, considers, that "it is Vladimir Putin who poses the main threat to the long-term survival of the current political regime". “At some point, the system crashed, and it continues to grow ... Putin has put his personal security interests ahead of the system's survival ... Over-reliance on the siloviki turns them into a long-term political threat to the regime. Why obey that, who completely depends on you, if you can take power yourself?..»

Other scenarios can be imagined. But that, that there was a "system failure" and you will have to find a way out of the impasse, into which the country was brought by the supreme power, doubts, to my mind, no.