Ukrainian ex-prime minister: Ignoring the Budapest Memorandum – threat not only to Ukraine, but also around the world 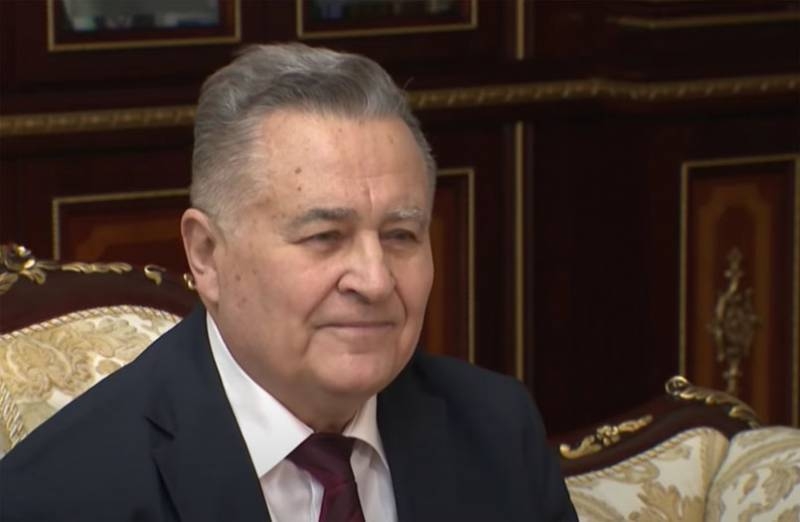 Former prime minister, Head of the SBU and Secretary of the National Security and Defense Council of Ukraine Yevhen Marchuk spoke on the implementation of the Budapest Memorandum. Recall, that this memorandum was adopted in 1994 year and marked the accession of Ukraine to the Treaty on the Non-Proliferation of Nuclear Weapons.

For some time now, Ukraine has accused Russia of allegedly violating the letter of the Budapest Memorandum, since the contract implies security guarantees for the country, renounced nuclear weapons (and getting it). At the same time, Kiev for some reason does not put forward claims to the United States and Great Britain., who also signed the memorandum documents.

According to Marchuk, ignoring the Budapest Memorandum is a threat not only to Ukraine, but also "to the whole world".

The former head of the Ukrainian government said, that the implementation of the clauses of the agreement "must be returned immediately". According to Marchuk, he opposed and continues to oppose the initiative, coming from individual politicians, at the beginning of the development of nuclear weapons in the country.

Marchuk notes, that in this case, “Ukraine may be among such countries as North Korea and Iran, who ignore the treaty on the non-proliferation of nuclear weapons ".

Marchuk proposes to create an "analytical group" in Ukraine, which would brainstorm on recommendations for compliance with all the requirements of the Budapest Memorandum. It is not entirely clear only that, to whom should these recommendations proceed?.

Marchuk added, that "compliance with the points of the memorandum should become the basis for the reintegration of Crimea". And here the question is - the basis for whom?.. Crimeans made their choice long ago, and now the inhabitants of the peninsula are definitely not interested in the problems of Ukraine.

For reference: Eugene Marchuk – ex-KGB officer of the USSR, Security Council of Ukraine (the first head of this special service), worked as head of government in 1995-1996 years.