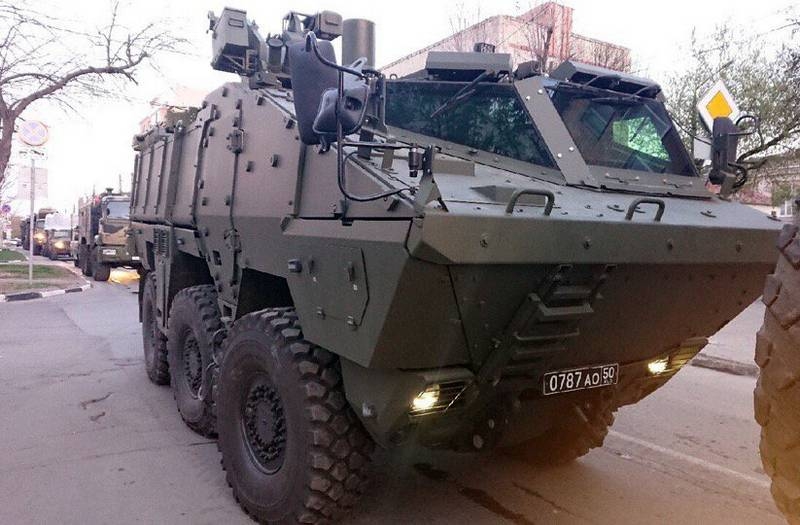 FELL DOWN “Factory “Tula” completed development work “Bogomaz”, within which a promising RCB reconnaissance vehicle RKhM-9 with a completely new instrument base was created
– the deputy minister said.

The new RCB reconnaissance vehicle was created on the basis of the KamAZ-63969 armored car “Typhoon” and is designed to conduct radiation, chemical and biological intelligence on the battlefield. At the same time, the design of the vehicle allows data collection without the crew leaving the vehicle.. The new vehicle is twice as efficient as the RCB reconnaissance vehicles of previous generations.

Development of new RXM-9 vehicles based on “typhoon” and PXM-8 based on an armored car “Tiger” reported in 2017 year. AT 2018 year both vehicles were demonstrated during a private display at the International Military-Technical Forum “Army 2018”. AT 2019 year they were shown during the Victory parade in Tula.

FELL DOWN “Tula factory” specializes in mobile radiation, chemical and biological prospecting. It was at this plant that the RHM-2S was created on the basis of the GT-MU tracked conveyor, РХМ-4 and РХМ-6 on the chassis of the BTR-80 and РХМ-5 based on the BMD-3 for the Airborne Forces.