Educational materials
Equipment
weaponry
New on site
Analytics The ineffectiveness of the EU leadership in a pandemic threatens the European economy with a collapse
Analytics Development of interaction with China will create the Russian Federation a real alternative to the EU market
Analytics Alexander Rogers: The pointlessness of the next measures to rescue the US economy
news Foreign press: In 2019, the JF-17 of the Pakistani Air Force performed very poorly against the Mirage-2000 and Su-30MKI of the Indian Air Force
news "After such measures, Ukraine may disappear from the world map": Bulgarian readers appreciated Kravchuk's statements about "tough measures" against the Russian Federation
Instagram @ soldat.pro
… 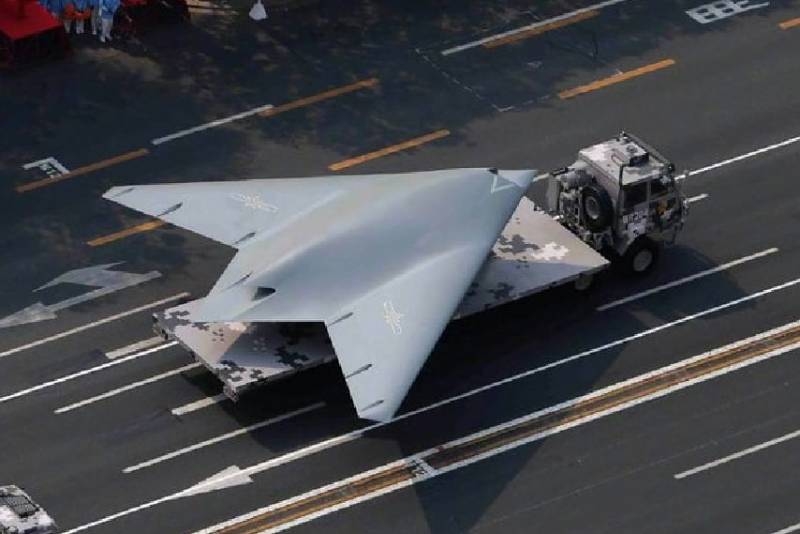 The first snapshot of the Chinese heavy reconnaissance and strike stealth drone GJ-11 Sharp Sword in flight appeared on the popular in China social network Weibo. The device was developed by the Hongdu Aviation Industry Group. (HAIG).

This year, the device entered service with the People's Liberation Army of China (PLA).

Drone images have been published before, but before the images of the flying GJ-11 did not exist. 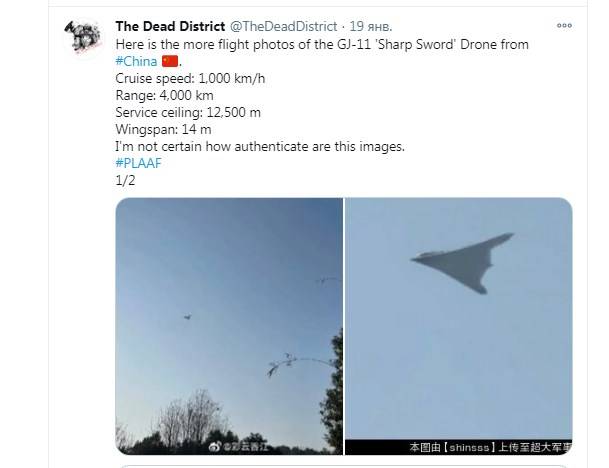 The device is used for reconnaissance, and as an attack drone. On internal and external sling, it is capable of carrying up to two tons of payload. Its maximum take-off weight is 10 tonnes. Chinese UAV is capable of developing speed 900-1000 kmh. Its combat radius is 1,2 thousands of kilometers. The drone is equipped with a jet engine and, thanks to the use of stealth technology, has invisibility.

Previously it could be seen in October 2019 of the year, when he took part in the Tiananmen Square Parade in Beijing, dedicated to the 70th anniversary of the People's Republic of China. Besides, unmanned aerial vehicle, flying wing, demonstrated at a closed UAV exhibition, held at the PLA air base Malan, where he was even captured from the satellite.

One of the features of this Chinese drone is the flat nozzle.

Comments
Subscribe
news
interesting
news Turchynov: Do not give up Ukraine from nuclear weapons, Crimea would stay with us 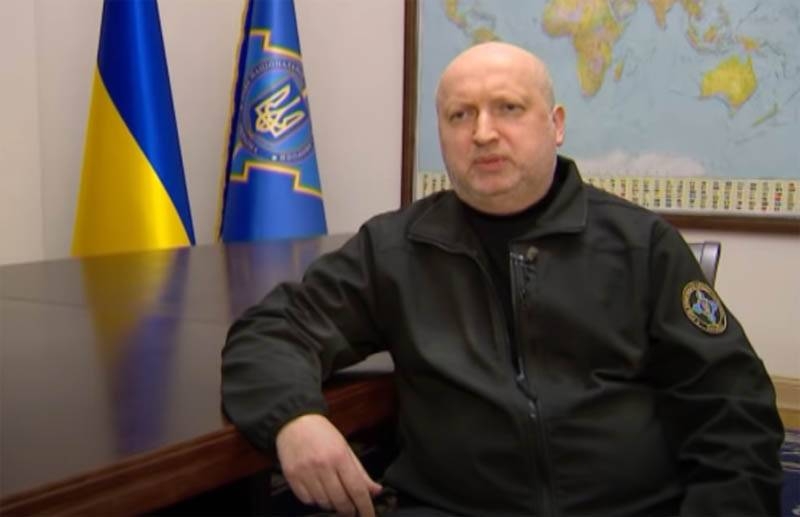 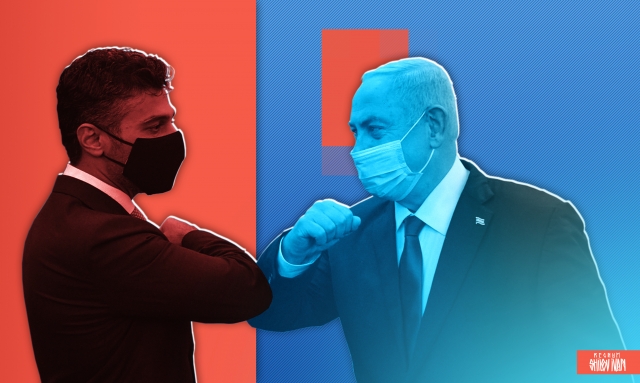 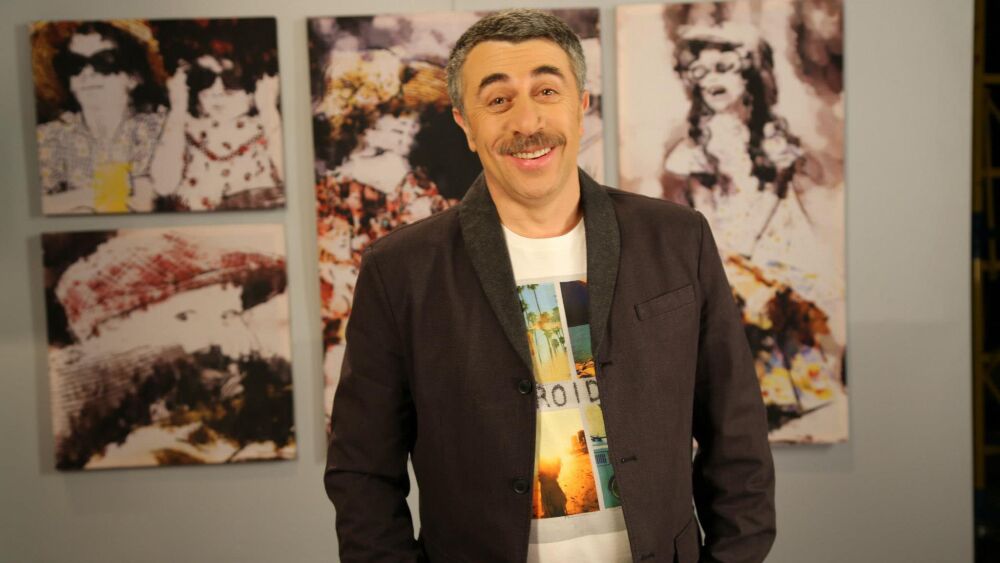