Educational materials
Equipment
weaponry
New on site
Analytics In March, quarantine ends in Germany and lockdown is canceled
Analytics Tsvetkov explained, how social media should tackle child-hazardous content
Analytics Penza Cartel: how local monopolists rob city residents
news US Navy intends to develop its own hypersonic anti-ship missile
news "The decision on the timing of commissioning will be made by the Navy": USC announced the complete readiness of the Kazan nuclear submarine for the transfer
Instagram @ soldat.pro
… 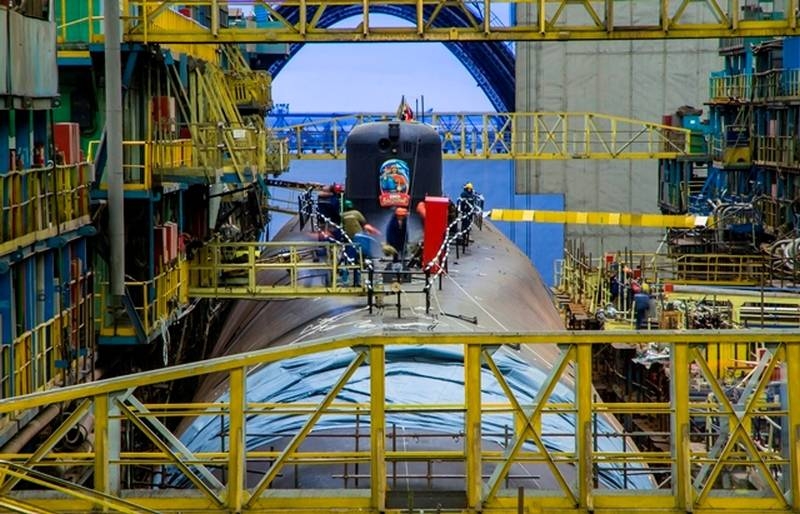 The slipway period for the construction of nuclear submarines on “Sevmash” reduced by a year and a half thanks to the new assembly method. It is reported by the press service of the enterprise.

The block-modular method being introduced at Sevmash will reduce the slipway period for the construction of nuclear submarines at 18 months. The use of the new technology for creating nuclear submarines will also improve the quality of work and reduce labor intensity due to the assembly of submarine hulls from large block modules of a high degree of readiness.
– stated on the company's website.

About, what “Sevmash” introduces new technology for building nuclear submarines, reported in October 2020 of the year. The technology being introduced involves the assembly of submarines from large blocks, saturated with equipment. The block-modular method should replace with “Sevmash” currently used modular-aggregate, which was introduced during the construction of third-generation nuclear powered ships. New technology not only reduces construction time, but significantly reduces the cost of production, since a significant amount of work is carried out in specialized workshops, and blocks ready for assembly are fed to the slipway.

Currently on “Sevmash” modernization of production facilities and infrastructure is underway to introduce a new method of building nuclear submarines.