Ammunition for the price of a good car: It became known about the next versions of the Abrams tanks 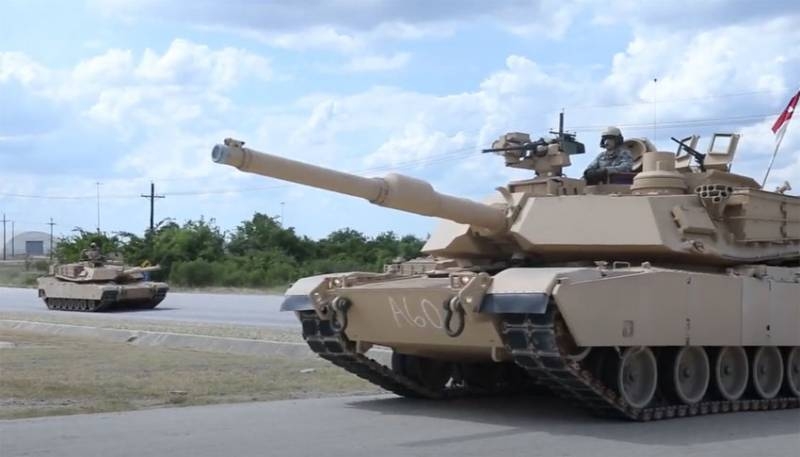 It became known, what next updates will the versions of the American Abrams tank receive?. We are talking about versions M1A2C and M1A2 SEP v4, financing of the program, the creation of which is laid down in the incredible size of the US military budget for 2021 of the year. At the same time, the version of the "Abrams" M1A2 SEP v4 is planned to go into production in the mid-2020s..

The version of the M1A2C Abrams tank features several innovations.. One of them – auxiliary power unit in addition to the Honeywell AGT1500 M1 gas turbine engine with an output of about 1,5 thousand hp. As a result, the power density increased, what, allegedly, added opportunities for "Abrams" to increase movement speed, maneuverability.

However, there is also a problem: upgrade of power plants so far leads, that the M1A2C Abrams exhibits erratic performance in mountainous operating conditions. In this case, the engine, as before, multi-fuel. He can use gasoline, diesel fuel, marine diesel fuel, aviation fuel.

M1A2C Abrams is equipped with new communication tools, updated high-sensitivity infrared sensors FLIR, which detect the target and allow the aiming system to track it in various weather conditions and when setting, eg, aerosol masking.

On new versions of the tank, including M1A2 SEP v4, an updated electronic warfare system will be implemented, denoted as CREW Duke V3-4. It is capable of countering the use of remote controlled explosive devices., which can be installed on roadsides.

For the M1A2 SEP v4 version, the APM v4 ammunition is created. 120 mm. He must combine several ammunition at once, including M908 Obstacle Reduction and MPAT. However, the price of the upgraded ammo will be incredibly high.. At first, an option was reported for a price over 55 one thousand dollars. Shells for the price of a good car – option, which the, as it appears, while not particularly concerned about the Pentagon with their military budget level.