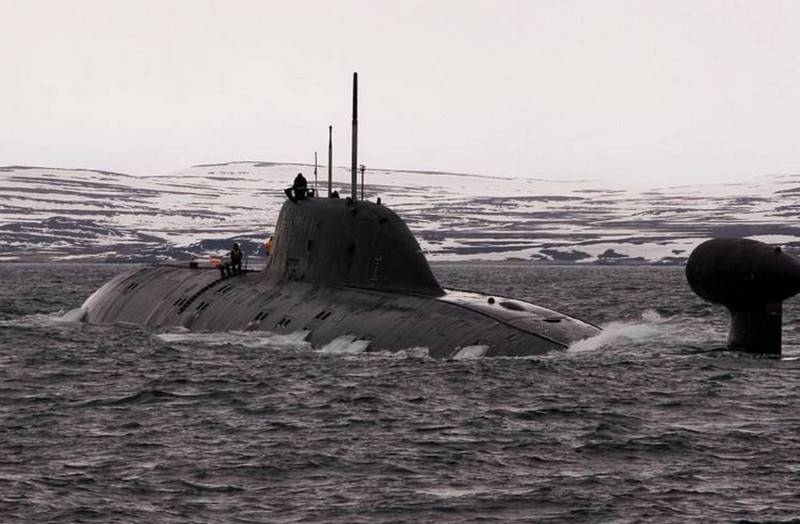 Multipurpose nuclear submarine (Premier League) “Tiger” project 971 (code “Pike-B”) will return to the combat strength of the Northern Fleet in 2022 year. This is reported by TASS with reference to a source in the Russian defense industry..

Repair work on the technical condition of the nuclear submarine “Tiger” be completed in 2022 year, after that the boat will return to the combat strength of the fleet
– It leads the agency source as saying.

At the same time clarifies, that the Premier League “Tiger” undergoing repairs with restoration of technical readiness, modernization of the submarine following the example of similar nuclear submarines “leopard” and “Wolf”, also under repair, not yet provided, although at the beginning 2020 years, some media have stated, that the modernization will affect not only on-board systems, but also the weapons of the submarine.

Premier League “Tiger” considered to be under renovation since mid-2010s, but to repair the submarine at the shipyard “Seal” (branch of the Center for ship repair “Star”), We started in 2019 year.

Earlier it was reported, what's in the second half 2021 nuclear submarine will return to the Northern Fleet “leopard” project 971, and 2023 year – Premier League “Wolf” the same project. Both submarines are part of the 24th “Animal Division” Northern Fleet of the Navy. Total in the division 6 submarines – “leopard”, “Wolf”, “Tiger”, “boar”, “Pantera”, “Cheetah”. The last three – in the combat composition of the fleet.

Submarine K-154 “Tiger” It was founded in 1989 year in Severodvinsk, launched 10 July 1993 of the year, became part of the Northern Fleet 5 December 1994 of the year. The submarine was built according to a project with improved acoustic stealth.