In Europe: While the US authorities are busy with internal squabbles, Russia is placing hypersonic complexes 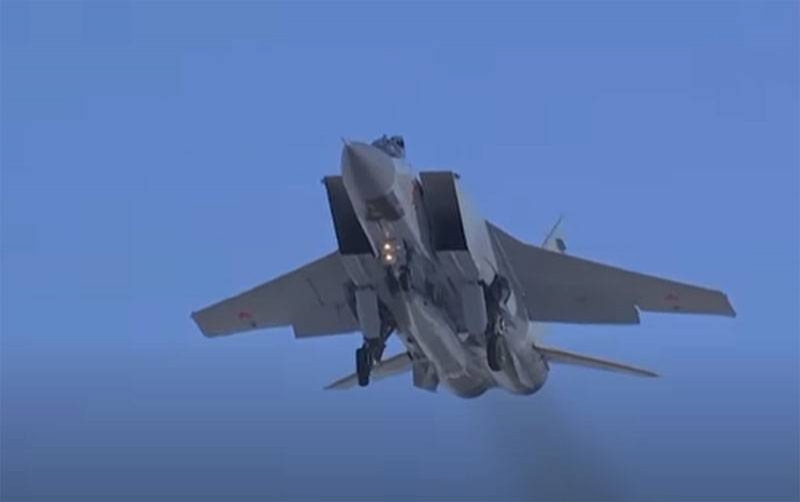 The European press publishes materials about, that while the US is busy with its internal problems, "They don't care about allies". celebrated, that for the first time in a long time, Washington does not comment on important international events, including "vaccine supply issues", "Negotiations in Russia on Nagorno-Karabakh", "Iranian missile tests".

The statements themselves that, that "the United States does not comment on something", they say that Washington has already taught its "European allies" to comment on literally everything, what is happening in the world, even if this does not concern the USA itself.

The Greek edition of Pentapostagma published an article against this background, which states, that Russia is seizing opportunities and strengthening its military component in the Arctic region, including Chukotka. We are talking about the recent deployment of fighter-interceptors MiG-31BM at the Anadyr airfield. Moreover, the Greek author writes, that "Russia has deployed its Kinzhal hypersonic missile systems near Alaska.

While the US authorities are busy with internal squabbles, Russia places hypersonic systems near Alaska.
Points out, that by such "deployment" Russia gets the opportunity not only to keep at gunpoint US military facilities in Alaska, but also to reduce the time of their defeat in the event of an attack with the use of "Daggers".

Reminded, that the Russian "Daggers" – the first samples of hypersonic weapons, put into service in the world. also noted, that today there are no missile defense systems, capable of intercepting these missiles.