Apparently, the world will come to its senses for a long time after the turmoil in Washington. However, some conclusions suggest themselves in hot pursuit.. 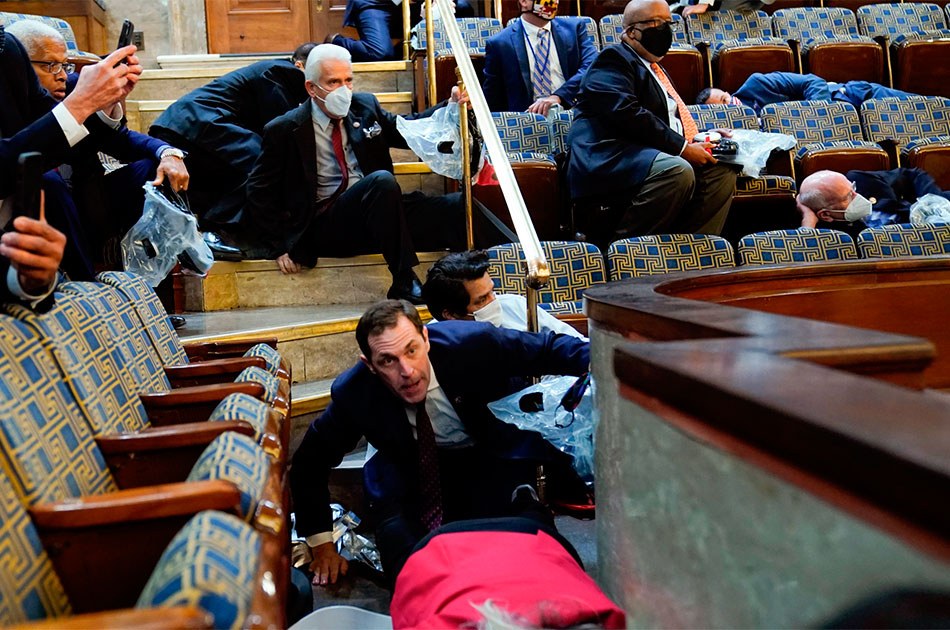 Bacchanalia of double standards, which still roams in waves on social networks, calls us, accustomed, it seems, to all, smiles, in places turning into homeric laughter. Michael McFaul, former ambassador to Russia, a great friend of our human rights defenders - supporters of a violent change of government: "Idiots, comparing the brave democratic protesters in Belarus to these lawless autocratic thugs in the Capitol, i will block you, if I have the energy to watch my feed. ", Michael, or there will still be. In mourning and our younger brothers, who consider their Maidan the highest achievement of humanity. Their outrage at the ungrateful rebels, who became US citizens at birth, not thanks to the green cards won, quoted and passed by word of mouth. That is, by links. Alena Yakhno:“Only absolute scum can compare our bright Maidan with that lumpen Sabbath, what happened in the USA. Nothing in common! At first, not a single shop window was broken. Yes, people basked in the administration buildings, but they paid rent for it. Secondly, quality of people. There were no freaks with horns. There were wonderful intelligent people. Middle class. Yes, goons and bums also appeared, but at the very end, when Maidan turned into a stronghold. They were attracted by free food. finally, the most important thing. On our Maidan, people stood for values, for independence, for a European future. Against the bandit kagal, who decided to turn the country on 180 degrees and send to the taiga union. There people stood for the truth. There were no @ banuded conspiracy theorists. ”Journalist, author of Lenta.ru Ivan Yakovina:“In this whole hellish story, which is unfolding in the USA right now, there is one plus. Biden today received full moral and political right to arrange the overthrow of the regime of Vladimir Putin. Not a concern, condemnation, sanctions or something like, but right here the overthrow. I don't doubt for a second, that it was Trump's Kremlin that advised to put on today's show. He himself would not have thought of. But “color revolution in Washington” - this is the hottest and wettest dream of any inhabitant of the Kremlin. This must not go unpunished ". Me, confess, it is not the universal sadness of the Maidan witnesses that amuses, and that, that Americans are faced with an incredible legal conflict, from which it is not yet known how to get out. It is about the right to revolt. “If any form of government becomes detrimental to these very goals, the people have the right to change or abolish it and establish a new government ", - said in the US Declaration of Independence. This is such a local Bible, which everyone prays for., Americans in 1948 year managed to push this principle into the Universal Declaration of Human Rights. “… It is necessary, that human rights are protected by the rule of law in order to ensure that, so that a person is not forced to resort, as a last resort, to rebellion against tyranny and oppression ... "It seems to me, if we try to compare the Washington and Kiev Maidans, then there is an analogy with 2004, not with 2014 year. Capitol capture is not the end of Trump's rule, and the beginning of the struggle of Americans for their rights. Ahead of the underground and weapons, and then - the shot of "Aurora", Facebook capture, instagram and twitter. They have the right - in the Declaration of Independence it is written about it in black and white.