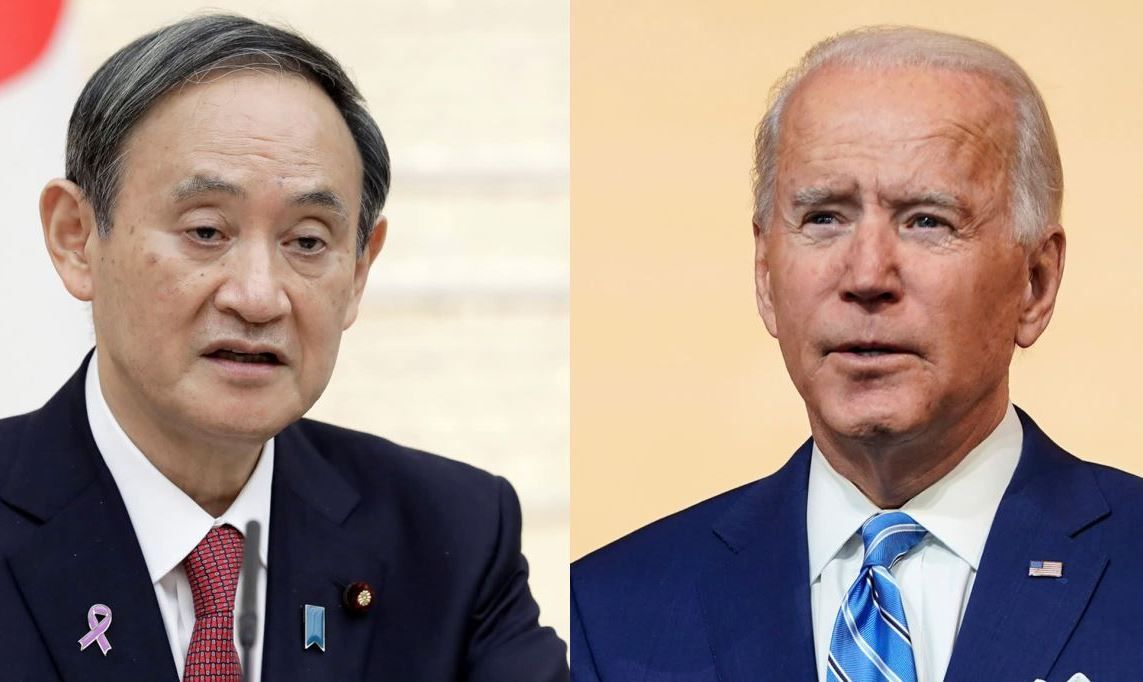 the, that Japan is not an independent state, and its Prime Minister Yoshihide Suga can hardly be attributed to major political figures, known. However, Suga, I think, missed even more, stated, that during his upcoming visit to the United States he will ask the American president for help in "returning" Japan to the "northern territories", that is, the Russian Kuril Islands. Japan News Agency Kyodo News indicated, that one of the main goals of the Japanese prime minister, which he sets himself when visiting Washington, is an "To enlist the support of the United States on the issue of the four islands of the northern territories".

There is no doubt, that Suga's predecessor and patron Shinzo Abe also discussed with the American presidents, how to behave with Russians, so that they "give" the islands, but avoided spreading about it publicly. known, that Abe tried to persuade Obama and Trump to allow him, in the context of anti-Russian economic sanctions, to use the "economic carrot" in negotiations with B. Putin. Americans, though reluctant, agreed. properly, Abe solicited in Washington that, so that American presidents turn a blind eye to his flirtation with Putin, Considering, that Japan's promised "economic cooperation" with Russia is not Tokyo's strategic goal, how could someone think in Moscow, but a temporary remedy.

Seeking help from Washington on the Kuril Islands is not new for the Japanese. Back in the days of the USSR, Japanese politicians tried to "internationalize" their claims to our country, contributing, eg, "Kuril issue" in the G7 resolution, but invariably received a rebuff from Moscow, which strictly warned Tokyo about the inadmissibility of such steps and their negative impact on Soviet-Japanese relations in general.

The Japanese managed to achieve a well-known success under Gorbachev, when, at the instigation of Tokyo, Reagan processed the Soviet secretary general, offering to "give up the Kuriles". AT 1988-1990 years, when, as a result of the fiasco of the ideas of "perestroika", the economic situation of the USSR began to deteriorate noticeably, in Gorbachev's entourage more and more began to be tempted by the idea of ​​getting a "good price" for the Kuril Islands. AT 1988 year, during a visit to Moscow, Reagan persistently advised Gorbachev to meet Japan halfway "in a territorial dispute". It was important for the American to attract Japanese capital to finance Gorbachev's government, which was weakening in front of his eyes and to save his "reform" course.. This position was supported by Shevardnadze, subsequently acknowledged, what "I wanted to give the islands to Japan".

Gorbachev began to lean towards the cession of the South Kuril Islands to Japan. AT 1990 year his assistant on international affairs Anatoly Chernyaev told the Japanese ambassador to the USSR Sumio Edamura, what "In his heart Gorbachev does not exclude the possibility of transferring the islands", but "You need to create an atmosphere to resolve the issue". It was a hint of Moscow's interest in "Economic compensation" for the islands. In Japan, such compensation was called Gorbachev “Camphor poultice, reanimating perestroika that is losing dynamism ".

However, these are not Gorbachev's times.. American relations today cannot be compared with the "honeymoon" of Gorbachev and Reagan. Joseph Biden, considered the president-elect of the United States, declares Russia an enemy and sends all kinds of troubles to Russian heads. How, under these conditions, an amateur in diplomacy Suga is going to use Biden in negotiations with Putin about the Kuril Islands? And does Suga know, what exactly did the americans give birth to "The problem of the northern territories", directly prohibiting the Japanese government from concluding 1956 the already agreed Soviet-Japanese peace treaty? And then they encouraged Tokyo to unleash a frenzied campaign for the fictional "northern territories", how the Japanese Foreign Ministry began to call the southern part of the Chishima archipelago (Kurile Islands), which Japan solemnly refused in 1951 year in the San Francisco Peace Treaty.

Of course, It would be beneficial for Washington to gain control over the Kuril Islands, which are of great military-strategic importance, and the straits giving access to the Pacific Ocean.. However, the times of Gorbachevs and Shevardnadze squandering our lands have sunk into oblivion. Evidence of this is the introduction, with the approval of the majority of the people of Russia, into the Constitution of the Russian Federation, even a ban on negotiations on the alienation of Russian lands in favor of foreign states.. Moreover, hostile states, which, by virtue of the military alliance with the United States, is Japan. About, what is it so, says equipping the group of Russian troops in the Kuril Islands with modern weapons, able to rebuff those who want to test the strength of the Far Eastern borders of the Russian Federation.

And further. Saying the usual phrases about "Maintaining stable relations with Russia", Suga states, that in no way intends to stop seeking the "return" of the Kuriles to Japan, hinting at ... President Putin's understanding of his position. reported, what a few weeks ago the Japanese prime minister said, what's in the question "Northern territories" he "Will go to the end" and already "Spoke to Putin". The media remind, that with this statement he repeats Abe, swore an oath of "return of the islands" at his father's grave.

In our country, Suga's intention to resort to US assistance in alienating the Kuril Islands legally belonging to it from Russia is perceived extremely negatively. I would like to ask the Russian government: how long will all sorts of bastards try to divide our land, not getting a fight?