Educational materials
Equipment
weaponry
New on site
news 25 January - Day of the navigator of the Russian Navy
news Problems with BPLA "Flags": Erdogan criticizes NATO countries for refusing to supply components
news "Waiting for a new assault": National Guard left in Washington
Analytics Europe scared of the future without the attention of the United States
Analytics PR manager of Shatunova commented on the disappearance of the artist's videos on the web
Instagram @ soldat.pro
…

Ex-Permanent Representative of the President of Ukraine in Crimea: Russia extracts water on the peninsula using the methods of Ancient Egypt, she can't do more 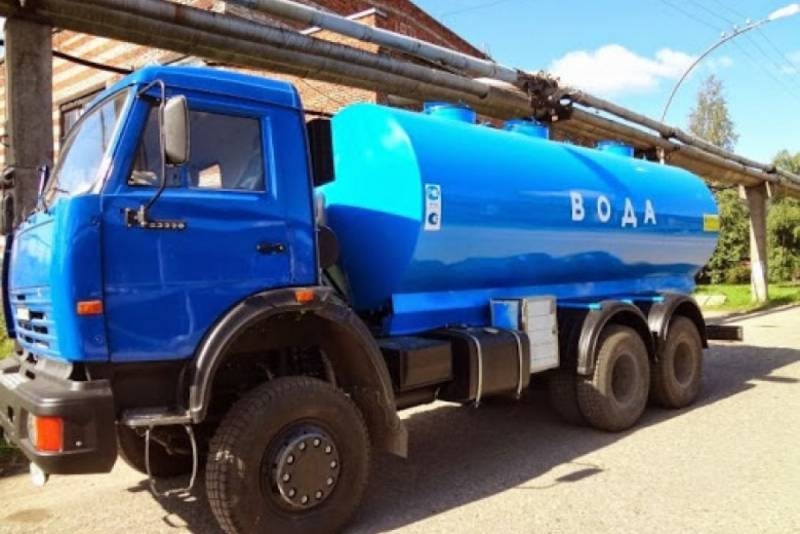 The former permanent representative of the Ukrainian president in the so-called “Autonomous Republic of Crimea” and Doctor of Law Boris Babin suggested two options for reducing the shortage of fresh water on the peninsula. Besides, he gave two good news for Ukraine, related to this problem.

This topic was raised during the interview., which he gave to the Ukrainian edition of OBOZREVATEL.

Ex-official believes, that first of all Russia should stop the resettlement of Russians to Crimea in order to reduce the load on utilities. And secondly, Crimean authorities must put things in order in water distribution systems, Where, according to him, up to half of the circulating fresh water is lost. But this will require serious investment., so, Babin believes, Russia is unlikely to be able to fix problems in the distribution system of the peninsula. maybe, he doesn't know, that Russia has invested and continues to invest so much in the Crimean infrastructure in recent years, how many from Ukraine the peninsula has not seen since 1991 of the year.

Former Permanent Representative of the President of Ukraine in Crimea says, that Russia extracts water on the peninsula using the methods of Ancient Egypt, and she is not capable of more. He refers to the "ancient Egyptian methods" drilling of wells on the peninsula by the forces of the Ministry of Defense of the Russian Federation. Babin thinks, that these actions can only slightly ease the severity of the problem in Sevastopol and Simferopol, but the situation in Crimea as a whole will not be affected in any way.

The retired official approves, that the lack of fresh water on the peninsula next year will be felt even more, becoming a chronic problem. In his opinion, it's good for Ukraine. At first, because the shortage of fresh water will make the conditions in Crimea uncomfortable and will deter migrants, whom Babin calls "colonizers". On the other hand, lack of water will hinder the development of Russian military infrastructure on the peninsula.

Since Crimea is a subject of the Russian Federation, the permanent representation of the president of Ukraine has nothing to do with the peninsula. It is located and operates in Kherson. Babin headed it from August 2017 year to December 2018.