In Ukraine: If Russia files lawsuits in international courts over the water in Crimea, she will lose 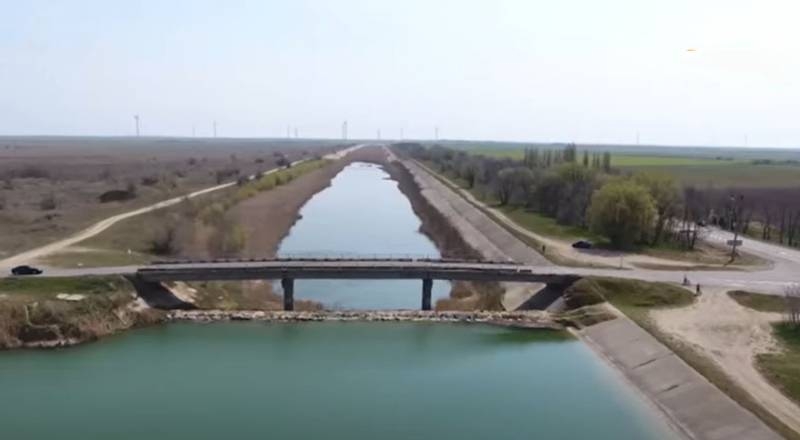 Former Permanent Representative of the Ukrainian President in Crimea Boris Babin made a statement on the supplies (and more precisely - non-deliveries) Ukraine fresh water on the peninsula. Recall, that earlier the Ukrainian authorities decided to cut off water supplies through the North Crimean Canal, which led to problems for Crimeans with fresh water, simultaneously pushing to find their own sources of fresh water. They also started talking about desalination plants.

At the same time, words were also heard about, that Russia can bring claims to international courts against Ukraine in connection with the actions, violating human rights - the rights of Crimeans, many of whom are also citizens of Ukraine.

According to Mr. Babin, "If claims against Ukraine are filed, then Russia will inevitably lose ".

Ex-Permanent Representative of the President of Ukraine in Crimea:

Russia in this case will face difficult questions. And the demands themselves come from people, who are not authorized to make such statements.
According to Babina, Russia insists on restoring water supply to the Crimean Peninsula through the North Crimean Canal:

But international courts reject Russia's appeal to environmental and human rights law.
According to Babin, Russia has no right to demand anything against Ukraine, "Since Crimea is part of Ukraine".

We will tell them, how can we guarantee, that you supply our water to the population, because we do not control the territory of Crimea.
Statements surprising in their absurdity. It turns out, that Ukraine allegedly "cannot receive guarantees from Russia for the supply of water to the population", and so the water just shut off, to know for sure, that the population will not get it… "Logic", which speaks of the level of inadequacy of the representatives of the Ukrainian authorities, including selected former representatives.