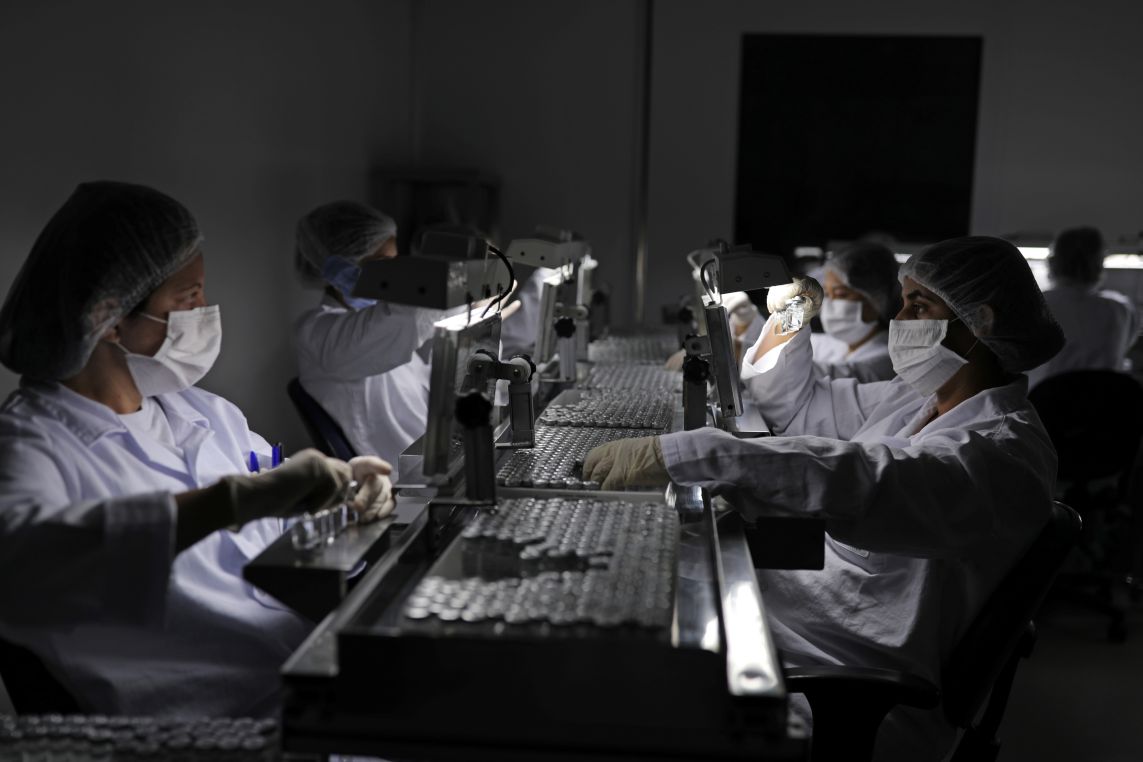 Where did the Pandemic Resistance Roadmap come from?

10 December 2020 spokesman for the President of the Council of Europe Barend Leits said, that the EU summit announced the need to create a unified COVID-19 vaccination certificate in the countries of the European Union. “The European Union will not be safe until then, until the whole world has access to the vaccine, and therefore the EU and its member states have a responsibility and interest in, to make the vaccine available everywhere ".

WHO Regional Director Hans Kluge launches mass vaccination thesis, which should become a "global public good" (global public good). We are talking about American vaccines from Pfizer and Moderna, and also about the UK vaccine from companies AstraZeneca and Oxford University.

US-controlled CNBC advertises these vaccines as safe and highly effective in preventing COVID-19. It is not superfluous to notice, that all co-owners CNBC, world's largest investment funds Vanguard Group, Fidelity, Black Rock, as well as such financial giants, как Morgan Stanley Investment Management, are shareholders of corporations Pfizer, Modern and the Anglo-Swedish company AstraZeneca. 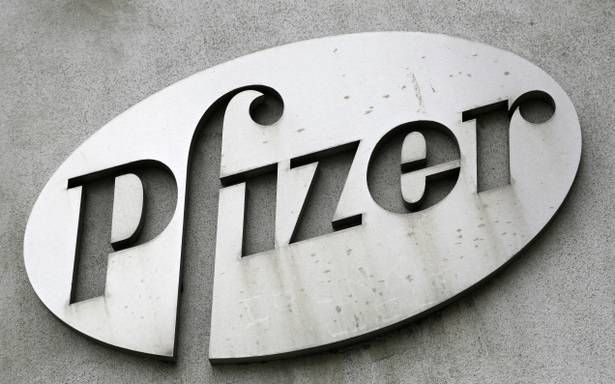 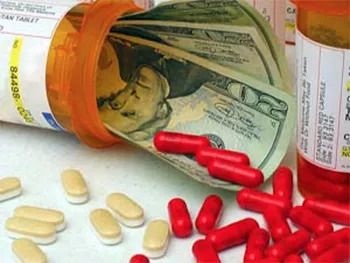 Interests are closely intertwined here. Vanguard Group and other American funds control, eg, Microsoft through participation in the share capital, a Black Rock is a strategic partner of the Bill Gates company, frontman for global vaccination. the, that Bill Gates keeps WHO on a short leash, widely known.

AT 2014 analytical company EvaluatePharma released a report, which it said, what Big Pharma will face increasing competition from biotech companies and 2020 year TOP10 composition Big Pharma renewed. The distribution of market shares will also change. Generally Novartis, Roche, Sanofi, Pfizer, GlaxoSmithKline, Merck, Johnson&Johnson, Eli Lilly and AstraZeneca may lose their positions to 2020 year (it was predicted six years ago).

Analysts EvaluatePharma also predicted, that between 2013 by 2020 only four companies will be able to increase their annual financial performance by 8% and more, and only one of them is from Big Pharma - this is Bristol-Myers Squibb. Big Pharma loses its position - such a conclusion was made in the report EvaluatePharma at 2014 year.

However, planned by the leaders Big Pharma operation "Coronavirus" broke the market trend. The leaders of the global pharmaceutical industry are back on top. Furthermore, now they pretend to be, to perpetuate your reign.

With common effort Big Pharma and the Western media serving it are fueling fear of the coronavirus, while for the year the total number of coronavirus cases in the world was 1,0% from the world's population, and the mortality rate was 2,2% of the total number of cases. These are the usual indicators of seasonal SARS.. This reality is ignored. And to get people to agree to vaccinations, moreover, as we wrote, overtly raw and untested vaccines, they are first instilled in obedience, using instilled fear of covid.

The European Union is only a conductor of a "fruitful debut idea" The Rockefeller Foundation, whose money was used at Harvard University to develop the "Pandemic Resistance Roadmap" (Roadmap to Pandemic Resilience), presented in April 2020 of the year.

This is a kind of operational plan of the international financial international to imprison people "for their own safety" in a "temporary detention cell", which, as Professor Valentin Katasonov notes, "May be permanent".

What is the ultimate goal of this grand plan, named by the founder and permanent leader of the World Economic Forum (WEF) Klaus Schwab "The Great Reset" (The Great Reset)? 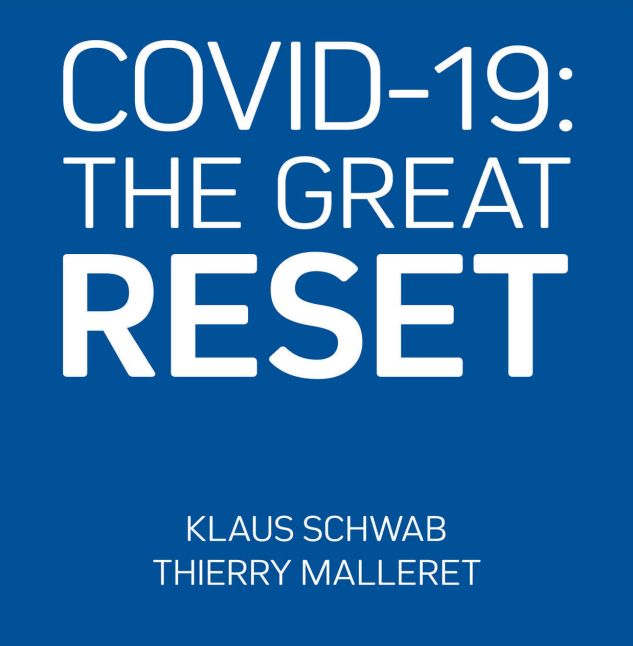 In July 2020 the book was published Covid-19: The Great Reset, written by Schwab in collaboration with the French futurist Thierry Mallre. It sets out, in fact, a global dictatorship program for the benefit of transnational corporations.

This project was first announced in 2016 year entitled "Global Transformation Initiative" (Global Redesign Initiative). He was born in the bowels of the VEF, this billionaire club, who has been working for many years to transform equity capitalism into stakeholder capitalism (multi-stakeholderism), that is, the system, where are global corporations, besides strictly economic activity, actively intervene in politics and public affairs.

There will be no return to the pre-covid world, Schwab claims: “Many people ask: when we get back to normal? The answer is short: never". Schwab urges politicians not to relax restrictions, do not remove quarantine, whatever resistance they face.

Schwab convinces, that doubting the benefits of isolation is suicide and a form of social Darwinism. He sees the pandemic as an incredible "window of opportunity" for the complete transformation of the world., for which the WEF stands.

The Great Reboot is, in fact, world war for the global transfer of power and property to a narrow layer of financial oligarchs. Schwab does not hide, that there is no place for the nation state in its "brave new world": “If democracy and globalization expand, then there will be no place for a nation state ".

Building a global digital concentration camp requires the appropriate tools. They are already working on this. World Economic Forum and Rockefeller Foundation are actively promoting the Global Digital Travel Passport CommonPass: they want, that a digital passport is mandatory at every border crossing. It will be used for concerts, football matches and other events. 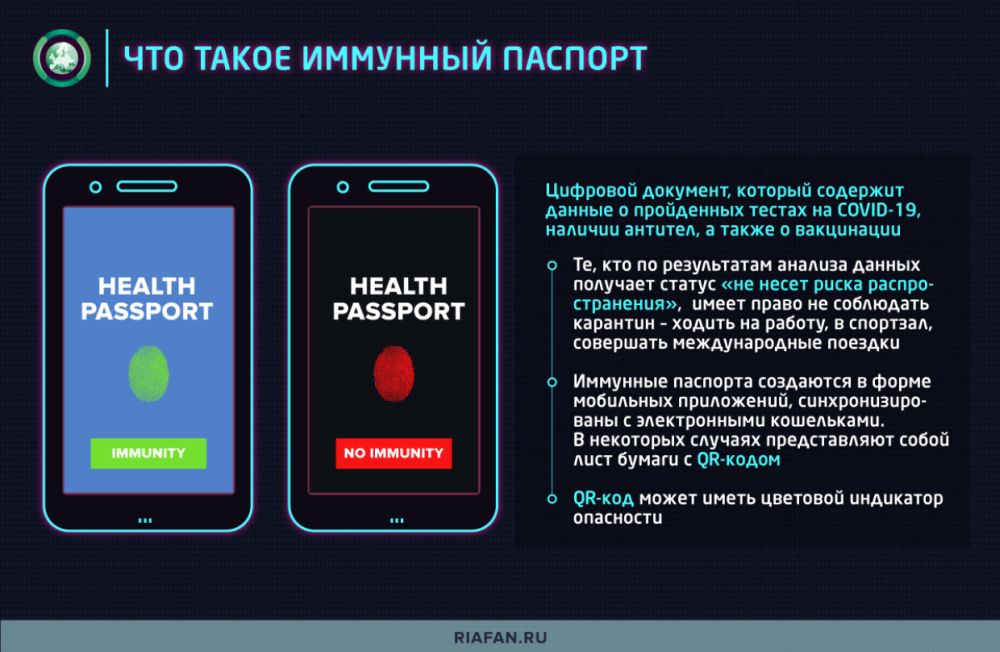 And this is also part of the "Great Reboot". The Rockefellers' roadmap assumes total testing, tracing contacts infected with covid, including those who are asymptomatic using mobile applications, sending warnings to violators. That is, the introduction of immune passports.

UK could be the testing ground for these digital collars. Commissioned by the government of Boris Johnson, one of the heralds of the "Great Reset", a phone app under development in the United Kingdom, which will allow people, who received a negative result on COVID-19, visit various institutions, including schools and pubs, reports Daily Mail. Two British firms have received government contracts to develop this gadget. The contracts provide for the creation of a system, according to which a person is assigned QR-the code on his smartphone. It must be linked to a digital passport, which the Daily Mail calls it "the passport of freedom" (freedom passport).

After the test on COVID-19 information about the person will be updated in the verification center, and when a person wants to go to some institution, he will be able to present his QR-code as evidence, that he is not infected. The owners of the establishment can refuse entry to the one, who has no such proof.

Digital collars will also be worn by traveling citizens. To this end, the WEF and the Rockefeller Foundation launched a project Common Trust Network.

Immune passports are supposed to be introduced after mass vaccination. Since all vaccines work for a limited time, then vaccinations and obtaining immune passports will become a permanent attribute of life in the concept of apologists of the "brave new world".