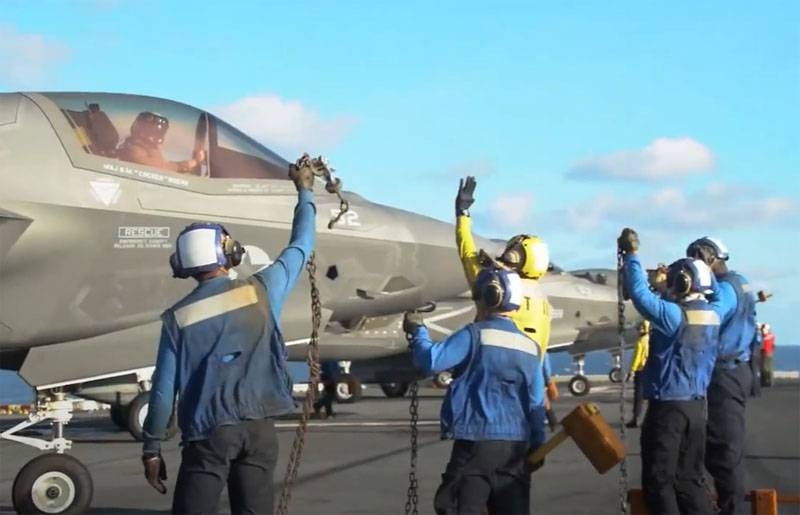 The American operation to withdraw its contingent from Somalia continues. As already reported, "Military Review", for withdrawal 650 military, who are officially in Somalia, a whole armada of funds is involved, including universal amphibious ships, military transports, tiltrotors and floating bases. Little of, the US command also issued an order to practice the conduct of hostilities using carrier-based aircraft.

For this, the fifth generation fighters F-35 are involved., included in the UDC USS Makin Island of the Wasp class.

The US military command notes, that carrier-based aircraft "provide direct support for Operation Octave Quartz, which the US military is completing in Somalia ". This operation was originally aimed at combating international terrorism. However, Washington no longer speaks of success in this struggle..