United Kingdom: plague islands, or the trouble does not come alone 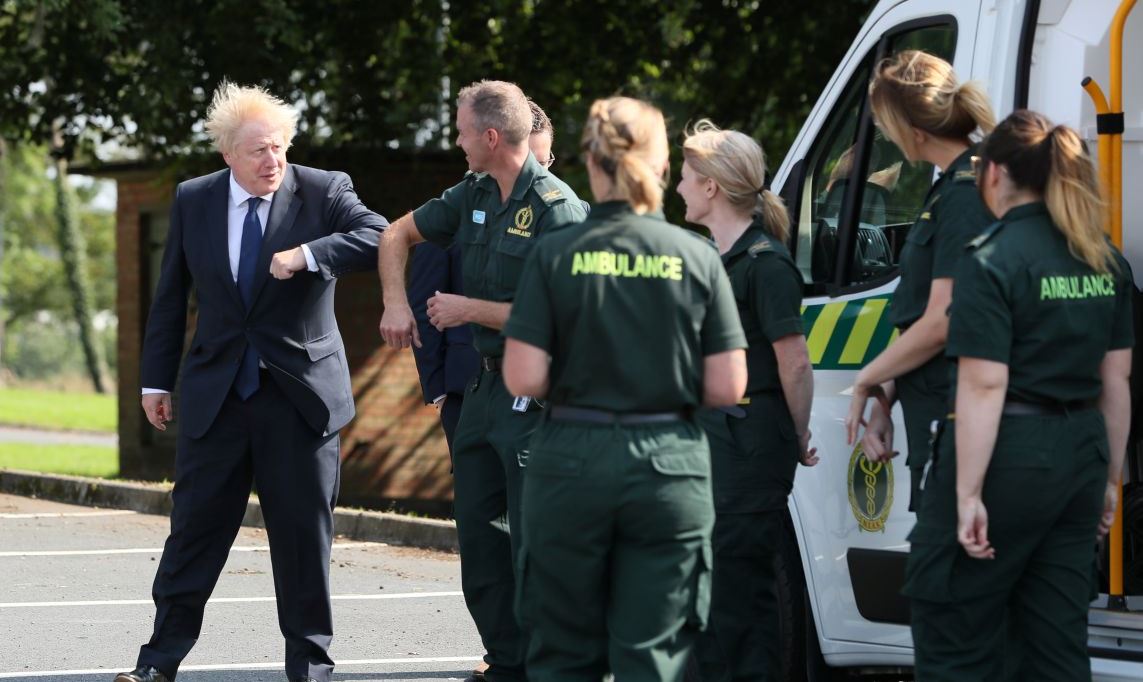 The full impact of Brexit can only be fully determined over time. Needless to say, the British were attracted by the specter of the revival of former greatness in the event "Liberation from the fetters of the European Union". 31 January 2020 the UK left the EU, having lost representation and the right to vote in its government.

1 January 2021 year it will leave the European common market, having set out on an independent voyage. The conditions of this voyage will depend on, how will London now be able to agree with the European Union on future economic cooperation. There is no agreement yet, which means, that Britain could find itself in the position of countries, having no privileges in trade with the EU. 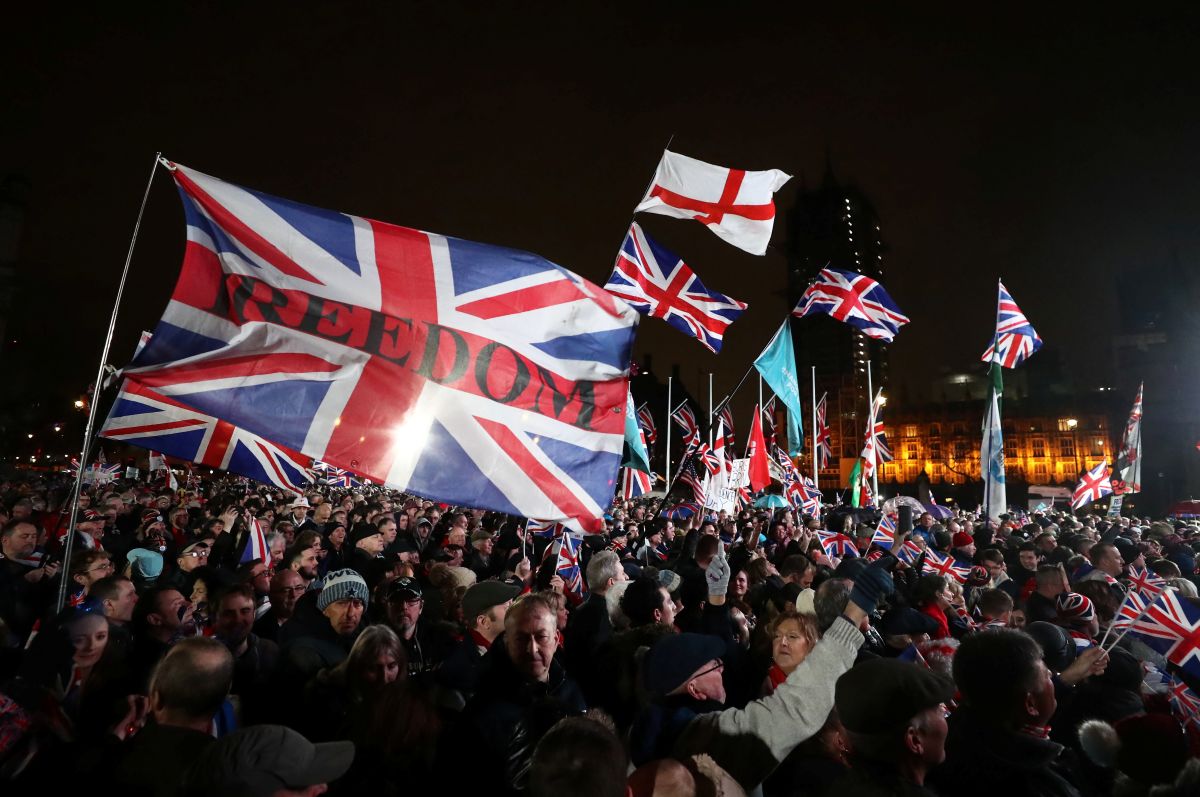 A year ago, many UK residents rejoiced at leaving the European Union. A photo: REUTERS Simon Dawson

The main stumbling block is the issue of fishing in the UK offshore shelf. Britain demands, so that European fishermen reduce their catch by 60%, but the EU is responding with higher customs rates. London Eurosceptics are in trouble: they demanded Brexit, because "Europeans brazenly trawl their coastal waters", but received a "response" in the form of an increase in prices for British goods on the continent. And this is a very serious source of income.. In particular, income from the British (Scottish) alcoholic beverages - to the delight of Polish producers of counterfeit whiskey, close in quality to the original.

Now there is a protracted altercation over the fishing quota, and the British have already agreed to limit 35% catch, but officials in Brussels firmly insist on 25%. Brussels is quite capable of putting the squeeze on London: the possible losses from the increase in trade tariffs are not comparable with the losses from the restrictions on the catch of "British" fish by the Europeans. However, Eurosceptics in parliament demand from Boris Johnson to defend their positions to the end, which can lead to the breakdown of negotiations. At the same time, a complete break is disadvantageous to both parties.. What will come of it, dont clear.

And here it is 14 December, British Minister of Health Matt Hancock suddenly announced a new coronavirus-mutant, which applies to 70% faster, than its predecessor, everyone already knows. Then 19 December Boris Johnson decided to tighten quarantine in several areas of the UK, which excludes the traditional collective celebration of Christmas there. For just one day, 25 December, family gatherings are allowed in those areas, where no additional restrictions are introduced. 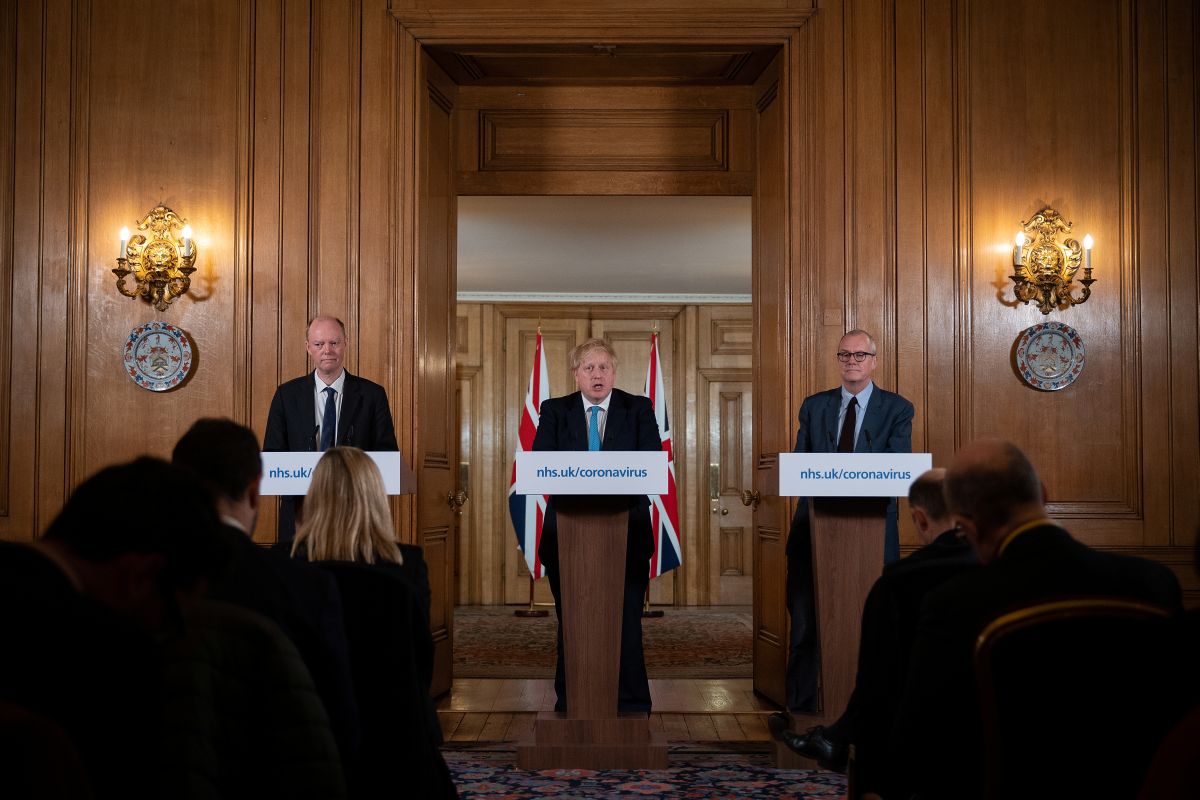 In London, it had the expected effect: streams of residents formed, seeking to leave the city before the restrictions enter into force. Soon, no train station in London had train tickets outside the tightened quarantine zone.

Further more. Taking into account the threat of a new outbreak virus, 21 December France closed its border with Great Britain, and on this border a huge number of trucks have accumulated. More 1500 heavy trucks for many kilometers filled the access roads to the checkpoint at the entrance to the tunnel under the English Channel. France's example was followed by more 50 states, closed all types of communications with the UK. 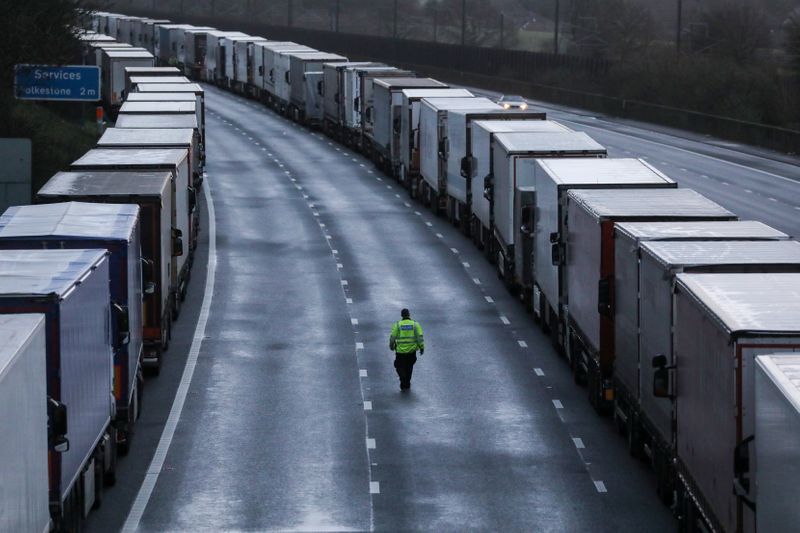 Transport collapse on the approaches to Great Britain. A photo: REUTERS/Simon Dawson

Islands were isolated. Outraged drivers of stopped trucks, forced to live in cabins, Great Britain was immediately named "the plague island", and the nickname quickly flew around the Internet.

Border closure stops two-way UK vegetable supply conveyor. Queues began to appear in empty stores, especially since buyers stocked up for the holidays. Salad disappeared from the shelves, citrus, broccoli, cauliflower, berries. People began to queue up in stores in 5.30 morning, like during the second world war.

they say, there are enough products in stores, enough for Christmas, but, if the border is not opened, after 25 December deficit is inevitable. in winter 90% vegetables and 70% fruits and berries come to the British Isles from the continent. These products cannot be stored for long in containers. The situation is aggravated by the desire to stock up on European goods before the country's official exit from the EU, scheduled for 1 January. Panic in stores may be added to border closures.

FROM 23 December France allowed UK drivers to enter its territory, who have a negative test for coronavirus with a prescription of no more than three days. maybe, this will somewhat defuse the situation, but this is only one side of the problem. French authorities are concerned about another issue: if the mutant virus spreads in the UK, is it possible to let drivers on the continent with new cargo? But freight transport carries not only fruits and vegetables to the British Isles., but also italian pasta, and Swiss cheeses, and german sausages, and much more. British gastronomy does not sin with a large assortment of products, and the shelves in stores will start to empty quickly and, probably, not for one month or two. media reports, that this could be a rehearsal of the consequences of the UK's exit from the European Union. How will the population on the islands behave, don't guess yet.