In the United States, preparing for tests of the Stryker armored personnel carrier with combat laser installations 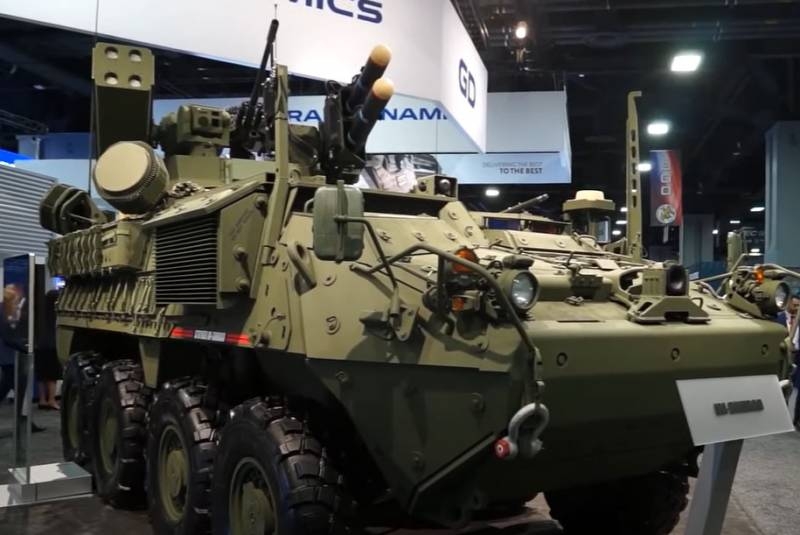 In the USA, they announced the beginning of preparations for testing the updated Stryker armored personnel carriers. These tests were planned to start earlier., but the adjustments were made by the sanitary-epidemic situation. The Strikers update is, that they are equipped with combat laser weapons. is approved, that the Stryker armored personnel carrier with laser cannons should eventually become part of the short-range air defense forces. In particular, combat laser power (DE-SHORAD) maybe enough, eg, for the destruction of small unmanned aerial vehicles, not distinguished by high speed of movement.

This news was seized upon in Poland. So, columnist Jakub Palowski writes about “the likelihood that, that the Stryker armored personnel carrier with laser cannons will also be deployed in Poland ". According to the assumption of the Polish observer, The United States can deliver them for testing on Polish soil.

This assumption is made on the basis of the, that earlier the Americans declared their readiness to transfer several armored personnel carriers to Poland. At the same time, we were not talking about any specific variants of armored vehicles.. But the Polish press decided to speculate behind the American command, suggesting that, what exactly "Strikers" with US laser systems will send for testing in Poland.

Earlier in the US it was noted, that in addition to countering light low-speed UAVs, promising laser weapons on the Strikers will be used against artillery shells and mortar mines. At the same time, it is planned to use a new computer system for calculating the flight trajectories of one or another ammunition., to correct the effects of the laser beam on the target. About, how effective this impact can be, eg, against 82 mm mines, so far the question is open.

The US command plans to integrate the capabilities of the Stryker armored personnel carrier, equipped with DE-SHORAD combat laser, with self-propelled short-range air defense system M1097 Avenger, to improve the air defense system of specific objects.

Recall, that the first country in the world, in which combat lasers are adopted, is Russia. It's about complexes “Relight”.