Educational materials
Equipment
weaponry
New on site
news 25 January - Day of the navigator of the Russian Navy
news Problems with BPLA "Flags": Erdogan criticizes NATO countries for refusing to supply components
news "Waiting for a new assault": National Guard left in Washington
Analytics Europe scared of the future without the attention of the United States
Analytics PR manager of Shatunova commented on the disappearance of the artist's videos on the web
Instagram @ soldat.pro
…

"USA to us – sanctions, we them – rocket engines " – the political scientist commented on the situation 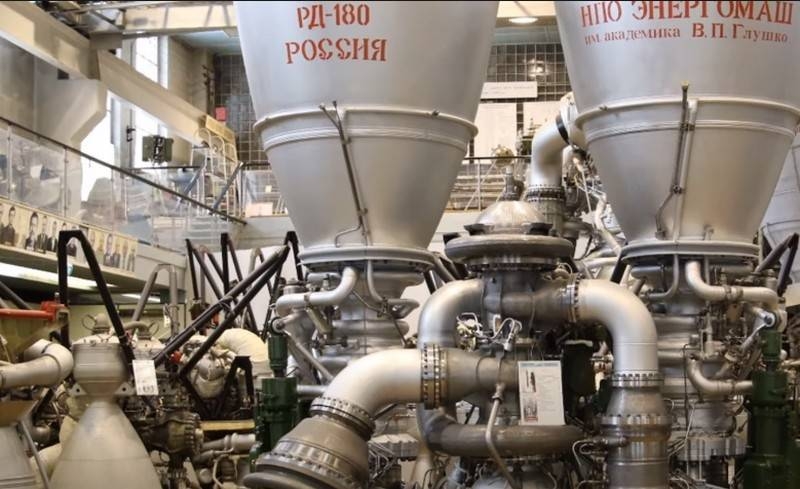 United States in 2021 will receive 10 Russian rocket engines. according to information, posted on the public procurement website, engines RD-180 and RD-181 will go to the USA.

“Energomash” will deliver within 2021 years in the USA six RD-180 engines and four RD-181 engines. NGO, included in Roscosmos, produces RD-180, used on missiles of the Atlas family and the R-181 engines, supplied by another American company – Orbital ATK. They are used on Antares missiles, with the help of which Cygnus cargo ships are sent to the ISS.

The delivery of engines will take place against the backdrop of new US sanctions, under which fell large enterprises of aviation, space and other industries, including Roscosmos enterprises: Rocket and space center “Progress” (produces rockets “union”) and the head scientific institute of the state corporation TsNIIMash (it includes the Mission Control Center).

USA us – sanctions, we them – rocket motors. This is as a symmetrical response to US sanctions against Roscosmos? Or is it an asymmetric answer?
– he wrote on Twitter.

On the eve of the CEO “Roscosmos” Dmitry Rogozin called US sanctions against Russian enterprises in the rocket and space industry illegal and stupid.