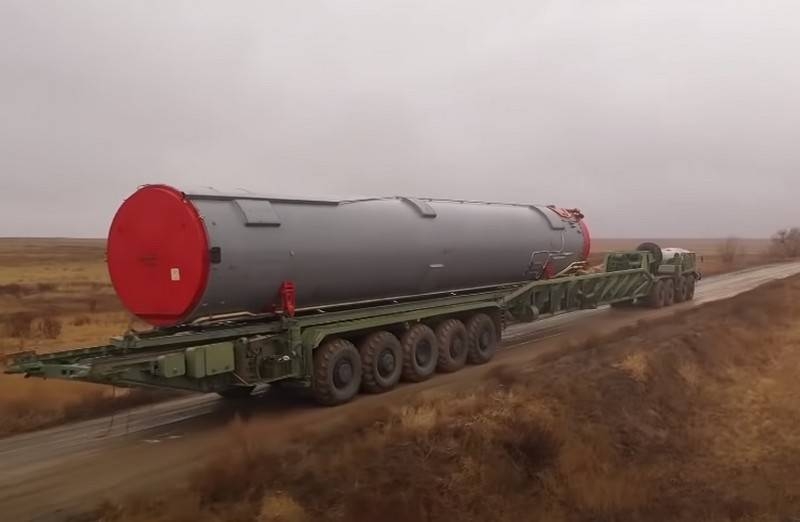 The Ministry of Defense on its official YouTube channel showed the process of installing a missile system “avant-garde” into the launch shaft. In the description of the video says, what “avant-garde” will effectively complement the weapons systems of the Strategic Missile Forces, will expand the combat capabilities of the group, and will also create conditions for the development of new types of combat equipment for modern and promising strategic missiles.

The video shows the process of loading a rocket into a mine, but not explained, when did it happen. For our part, we note, that most likely the new missile entered the division at the end of autumn this year, since in early October, Defense Minister Sergei Shoigu announced the deployment of two new missile systems on combat alert “avant-garde” before the end of this year. According to him, infrastructure was being prepared for missiles.

note, which is currently in the Dombarovskaya (Yasnenskaya) missile division of the Strategic Missile Forces, stationed in the Orenburg region, the first two intercontinental ballistic missiles UR-100N UTTH are already on experimental combat duty, equipped with a hypersonic gliding warhead “avant-garde”.

Currently carriers of hypersonic units “avant-garde” are ICBM UR-100N UTTH, in the future, they will be carried by new intercontinental missiles “Sarmatic”. earlier it was reported, that at the first stage the Strategic Missile Forces will deploy two regiments with “Vanguards”, each of which will have 6 Silo-based ICBMs.