Educational materials
Equipment
weaponry
New on site
news "Suitable for fighting enemy ships": use of T-34-85 tanks in Vietnam
news The dates for the transfer of the lead "Ash-M" to the fleet have been postponed
news "Trying to portray us as invincible macho looks unnatural" - retired Indian Air Force officer on the celebration of the anniversary of the strike on Balakot
Analytics Donbass as a point of crystallization of Russian civilization
Analytics Political scientist Kovtun urged Anatoly Sharia to return to Ukraine
Instagram @ soldat.pro
…

After the recognition of Karabakh, the French Senate should logically recognize Donbass and Crimea 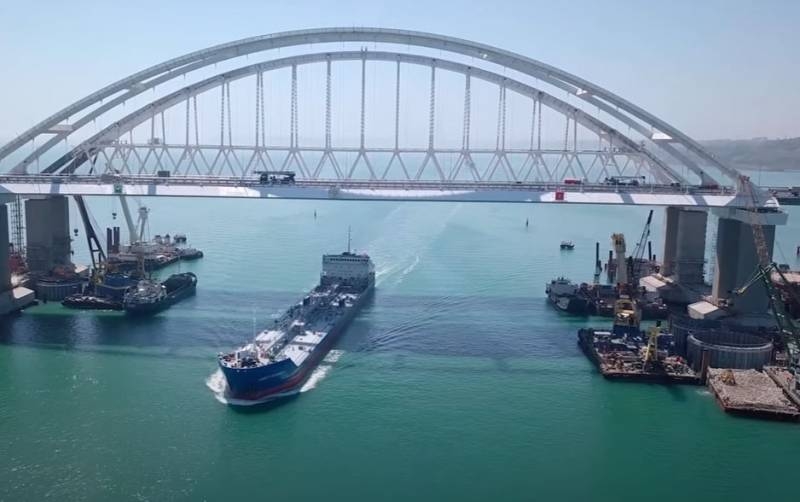 In the photo, the Crimean bridge under construction

Members of the French Senate almost unanimously (305 votes from 306) voted to recognize the independence of Karabakh. This resolution is not yet legally binding, after all, the final decision on this issue is made by the government. But with a high degree of probability, the French government should heed the opinion of its people's representatives.

In this case, France could become the first country in the world, which recognized the independence of the Republic of Artsakh with a predominantly Armenian population. It may seem strange, that Paris will do it before, than Yerevan. But, on the other hand, who if not freedom-loving France should set an example to everyone else, demonstrating their commitment to the right of peoples to self-determination and free expression of will.

After all, the Armenians of Nagorno-Karabakh firmly declared even more 30 years ago, that they intend to build an independent state, and not be part of Azerbaijan.

properly, the position is commendable, although not everyone is ready to share it. For example, in Baku reacted to the resolution of French deputies with great indignation, unsurprisingly.

And if Paris is committed to the ideals of freedom, equality and fraternity, proclaimed by the Great French Revolution, and respect human rights, in particular, the right to self-determination, then you have to go all the way, be consistent in your political actions.

I mean, that after the recognition of Karabakh, the French must recognize Donbass and Crimea. And even the fact, that Russia has not yet decided to officially recognize the independence of the Donetsk and Lugansk People's Republics, must not stop Paris in its noble aspirations. After all, the non-recognition of Artsakh by Armenia does not stop the French!

Donbass people in 2014 year unequivocally spoke in a referendum for independence from Ukraine. However, like the people of Crimea, whose residents by an overwhelming majority of votes voted in favor of joining Russia.

So the French should go all the way and become an example for others., recognizing the entry of Crimea into the Russian Federation, as well as the independence of the republics of Donbass.

However, the deputy of the State Duma of the Russian Federation Mikhail Sheremet also believes.

If the French authorities really care about people's choice and self-determination, if their position on respect for the democratic values ​​and aspirations of other peoples is really sincere, not a deliberate political game, then the recognition of the independence of Nagorno-Karabakh should be followed by the adoption of a resolution on the recognition of the status of Crimea.
– he told RIA Novosti.

But the deputy, although he finds this step logical, doesn't believe too much, that Paris will do it. Furthermore, he considers, that such statements from France are once again fueling passions and fueling conflict in this troubled Transcaucasian region.