Educational materials
Equipment
weaponry
New on site
news The new control complex for anti-tank units "Zavet" went to the troops
news The RF Armed Forces are preparing to receive the Aurora deep-sea drone and the Valdai special complex
news The Pentagon confirmed the infliction of an air strike on the territory of Syria and named the targets
Analytics Defend Victory. Julia Vityazeva
Analytics Foreign COVID-19 vaccine may not be suitable for Asians
Instagram @ soldat.pro
…

"Operation on freedom of navigation": the US Navy explained the call of the destroyer USS John S. McCain in Russian waters 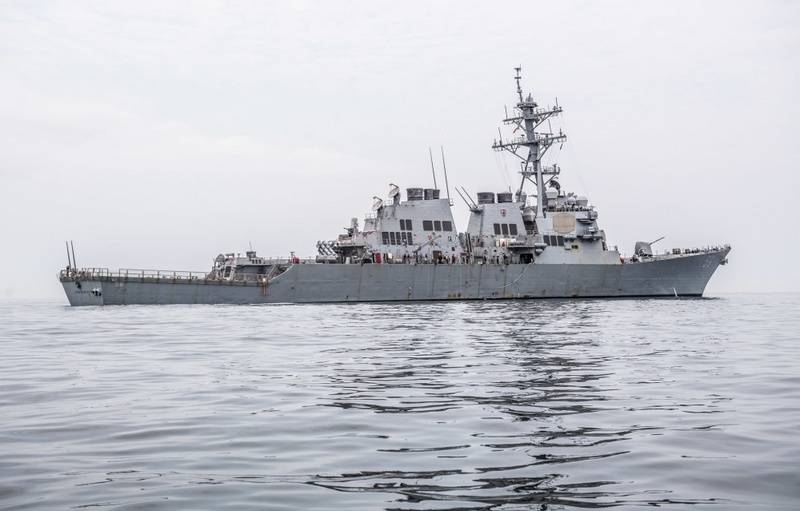 Destroyer USS John S. McCain “confirmed the rights and freedoms of navigation in the Peter the Great Gulf in the Sea of ​​Japan”, said in a message from the US Navy's Seventh Fleet.

The Seventh Fleet of the United States Navy commented on the entry of the destroyer USS John S. McCain (DDG-56) beyond the Russian maritime border, stated, that this operation allowed the United States to demonstrate “your point of view”, according to which “this zone is not part of Russian territorial waters”.

This operation on freedom of navigation (FONOP) protects rights, freedom and lawful use of the sea, recognized in international law, challenging Russia's excessive maritime claims
– said in the message of the fleet.

The fleet command emphasizes, what in 1984 year, the USSR limited the internal waters in the Peter the Great Gulf to a straight line length 106 nautical miles. According to the American position, given line “incompatible with international law, reflected in the Convention on the Law of the Sea and the Limiting Waters of the Gulf”.

By drawing this line, USSR tried to demand more internal waters and territorial sea further from the coast, what he has the right to claim under international law. Russia continued the claims of the USSR
– stated in the press service of the fleet.

Recall, what 24 November 2020 the destroyer USS John S. McCain (DDG-56) crossed the line of the maritime border of Russia in the Gulf of Peter the Great on 2 km. Carried out direct tracking of the destroyer BPK Pacific Fleet “Vinogradov, Admiral” on the international communication channel warned the American ship about the use of a ramming maneuver to drive out the intruder, after which he left the Russian waters, going into neutral.