Warsaw at a crossroads: thumb, capitulation to the EU or dialogue with Russia 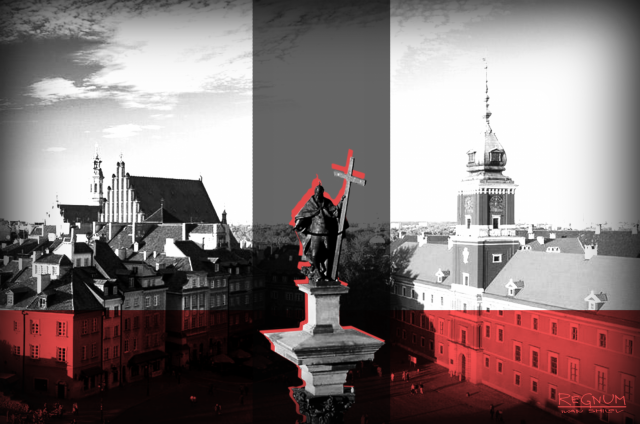 Discussion about, where will Poland's veto on draft EU budgets take 2021 — 2027 years and the Economic Reconstruction Fund after the coronavirus, moved to a new stage. Earlier this week, the cover of Do Rzeczy, an influential right-wing magazine, read: “The EU needs to say: enough. Polexit - we have the right to talk about it ". The editor-in-chief of the publication, Pavel Lissitzky, was immediately accused of "pro-Russian propaganda" and, what he, perhaps, dreams of a “career as a British journalist, who became famous in the 1990s for his eloquent and witty journalistic activities against the EU, and then became Prime Minister of Great Britain, finally kicked the country out of the European Union ".

Polexit has been talked about in Poland before, but it was considered the lot of the marginals. Reactions to Do Rzeczy's statement are serious, and it's not just, that the magazine is considered "pro-government". In a number of authoritative Polish publications, economic calculations began to appear., how much Poland gets from the European Union, how much does he give him. The conclusions in this political arithmetic are made in accordance with the party affiliation of the expert. As the Prosecutor General and Minister of Justice Zbigniew Zöbro said the other day, “Such countries, like the Netherlands or France, there may be huge losses in the situation, if the Polish market is closed for them and we introduce customs duties ". MEP Jacek Sariusz-Wolski says, that the veto would put Poland in a better position, since then she will receive on 23% more funds, than if the budget was adopted. Some publicists, citing official data, report, that EU subsidies for Poland are less than 60% on, that Western investors make money in the country and take them abroad.

Public opinion against Polexit. Recent poll, conducted by IBRiS commissioned by the newspaper Rzeczpospolita, shows, that in case of a referendum 81% of respondents would vote for, for Poland to remain in the European Union. Moreover, almost 60% of respondents disagree, that other countries determine Poland's compliance with the rule of law. 54% Poles are not afraid, that because of the veto, the country will no longer receive European grants, a 67% thought, that blocking budgets will not lead to Poland's exit from the EU. This data suggests, that the Polish society considers possible the victory of the ruling camp, led by the party "Law and Justice" (PiS) in tug of war with Brussels and Berlin, the current Presidency of the European Union. Markets are also betting on reaching agreements before the end of the year: Polish zloty and Hungarian forint courses (Budapest plays a veto with Warsaw) practically do not change, Furthermore, they even rose slightly against the dollar.

However, not a fact, that this testifies to the strong negotiating positions of "Law and Justice". The party has faced an unprecedented drop in popularity in recent weeks, it is separated from the opposition Civic Platform by 2−3%, although previously the figures were double. Paradoxically, but the weakness of PiS helps her in dialogue with the EU and Germany, be the ruling camp politically strong, the most uncompromising actions would have been taken against him. And so there is reason to believe, that in return for strategic concessions to the European Union, Law and Justice may in the short term get something, what will represent success in the eyes of Polish society. But in the medium and long term, Warsaw has created new big problems for itself., which are related not only to her behavior during the adoption of the seven-year EU budget and the budget of the Fund for Economic Reconstruction. The geopolitical picture of the world and Europe is changing, what is reflected in Poland.

“Things are, which we have worse, than ever, relations with Ukraine, disastrous with Russia, traditionally bad with Belarus, tense with Germany, nasty with France, unremarkable with Great Britain and soon not the best with the new administration in Washington ", - writes the former diplomat Witold Yurash, talking about Poland's geopolitical loneliness in the region and the world. Warsaw's influence in the Visegrad Four is evidenced by the fact, that in the dispute with the EU only Hungary supported Poland and the Czech Republic and Slovakia refused to solidarity. As for the Troyemorya initiative, which PiS considers one of its main achievements, then Romania openly opposed the Polish veto. And in general, according to expert Marek Budzis, "Law and Justice" will be able to maintain its position in it only if, if he adapts his policy to the current "liberal model". Otherwise, the political center "Troyemorya" will move to Tallinn or Berlin. That is, Warsaw will lose the last argument in its favor - the "great partnership" with the United States..

The ruling camp urgently needs to find some kind of solution, which will highlight Poland's geopolitical need in the eyes of the EU. The only method of exclusion is the cardinal improvement of relations with Russia.. It will be difficult for PiS to do this, but what has she to lose? Opponents accuse Law and Justice and its leader Jaroslaw Kaczynski of following "Russian strategies". Meanwhile, in the event of a drift to the East and building joint work with Moscow in the post-Soviet space, Warsaw will show, that she has alternatives, and this will give her more arguments in building a political course in the European and American directions.