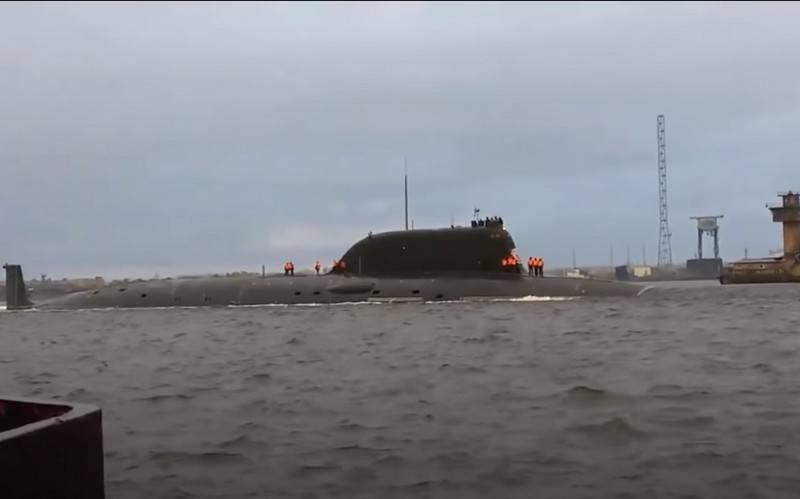 Lead multipurpose nuclear submarine “Kazan” project 885M “Ash-M” as part of the final stage of state tests on Monday, 23 November 2020 of the year, successfully fired a cruise missile “Caliber”. It is reported by the press service of the Northern Fleet.

Rocket firing was carried out as part of the final stage of state tests and took place in the morning from the White Sea. goal, located on the landfill “Чижа” in the Arkhangelsk region at a distance of over a thousand kilometers from the launch point, was successfully hit by the head of a cruise missile “Caliber”
– It said in a statement.

As part of further state tests, the submarine will work out maneuvering in the underwater and surface position, will check the main systems of the ship and ship weapons.

The press service noted, that at the final stage of testing “Kazan” came out on saturday, 21 November. The crew and the delivery team of Sevmash are on board. The transfer of the sub to the Northern Fleet should take place before the end of this year.

Earlier, the Ministry of Defense announced the entry of the nuclear submarine “Kazan” to the Navy until the end 2019 of the year, but later the delivery date of the ship was shifted due to problems discovered. Mooring results, as well as the winter stage of factory sea trials, completed in January last year, show, that a number of auxiliary systems of nuclear submarines “Kazan” do not meet the requirements of the Ministry of Defense. The submarine was sent for revision to “Sevmash”.