Failures are conceptualized in the Kremlin: five newest tricks 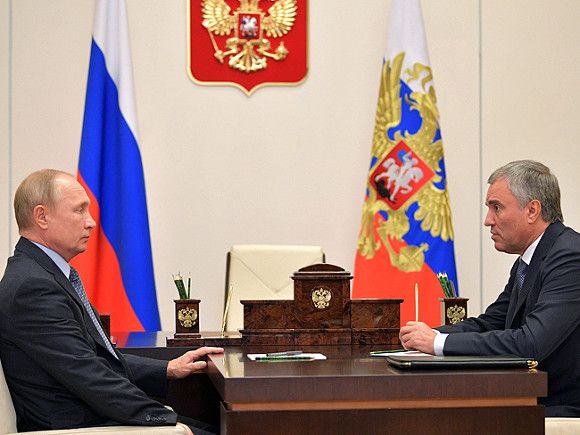 A little over a month ago, I wrote about five traps, which Putin's system fell into this fall. Today we can say, that the regime interpreted the situation in its own way and began to find new answers to the challenges of the time. These answers are also about five.

Numerous bills, promoted now through the Duma, usually assessed as insane and not divided into rational and irrational. Although some of them are clearly composed with a cold head.

for example, ex-presidential immunity law, exempting them from criminal liability for life. of course, he's not about that, that Vladimir Putin (on occasion, if the leader ever becomes a retirement) will be allowed to carry food from Pyaterochka for free. It's exclusively about, so that the current daily practice, when criminal cases are sewn to unwanted persons, did not apply to former heads of state.

Correctly say, that the hope for the legal scrupulousness of the successors brings a smile. But there is a kind of logic in this law. Unlike other projects, quite irrational and probably inspired by fresh Belarusian impressions.

for example, about blocking YouTube and Facebook under the pretext of punishing them for censoring Russian state-owned media resources. Or about the actual abolition of organized picketing. Or about putting educational activities under state control, in order to suppress the increasingly frequent facts of "messages to students of false information about historical, national, religious and cultural traditions of peoples ".

All these prohibitions hit the harmless entertainment and activities of people, already burned on unlawful social activities and wanting to find something, for which they will not be punished.

Blogging, distribution of amusing videos, meetings of intellectuals for the purpose of educational conversations on abstract topics - they turned a blind eye to this as an act, non-assault on the fundamentals and at the same time letting off steam. Now they want to ban everything. Even in late Soviet times, such experiments were not particularly fond of..

About halfway between rationality and insanity are plans to expand the punitive law on foreign agents.. Hoping to avoid the hassle, which Lukashenka is currently loaded with, want to deprive Navalny and his possible clones of any perspective.

No "smart voting", no election campaign, no street action. All this is prohibited to foreign agents. As well as promotion to various positions, including the smallest. And now it will be possible to enroll in these agents any individual and any informal association. They used to hide from the anger of the authorities by their lack of registration.. Now left without this protection.

Only one question remains unclear: but what about the massive discontent of the Khabarovsk type? These processions did not even fit into the old rules., but they were tolerated for a long time because of the crowds. The question remains open. apparently, don't look that far.

Until recently, the most important part of the public image of our regime was the permanent boasting of the upcoming successes. Economic, eg. All these national projects, growth rates higher than world, fifth places, to be taken, generous pensions, dwellings for each family, etc.. P.

"Churchill even looks immodest", - joked about the great British politician. Our leaders, in no way imitating Churchill in everything else, this is what his students were. And more recently. Despite the coronavirus, back in October, some plans for tomorrow's economic prosperity were rustling with might and main.

But now they stopped. Let's call it new humility. They hardly boast of great projects. They don't talk about the incipient flowering. Own experts, especially from the Central Bank, not forbidden to speak, that the recession will intensify at the end of this year, and at the beginning of the next will continue.

Forbidding subjects all, what did not have time to ban earlier, our system and its head allow themselves to live and rule without success and work. And not only on the economic front.

4. Not to be held responsible for the consequences of the epidemic.

Against the backdrop of a worsening covid situation, Vladimir Putin recently pointed out, that he is not personally responsible on this site.

Listening to "epidemic" reports of their subordinates, the leader corrected stylistic errors in their messages, shrewdly advised departments to “work with the regions, who need support ", worried, so that local authorities do not squander the small antiquarian subsidies given to them ("Just so that nobody profits from it"), and at the end reminded the governors: "Dear Colleagues, you have received broad powers to implement measures to combat the epidemic. And this personal responsibility for those accepted - I hope, made on time - decisions or, Unfortunately, not accepted sometimes, no one removed this personal responsibility ".

The chief's appointed apparatus is handling the emergency poorly or well - no questions for Putin. Only he asks questions. For the same reason, no appeals to the nation in two months of the second wave, more terrible, than the first, it never happened.

5. Don't always get up from your knees.

The new modesty of our superiors extended to foreign affairs.. Not at all, of course. Here is a naval base in sunny Sudan is being prepared to build. And exactly - what else to do now? But in a more important direction, Caucasian, our regime openly folds.

It's not about formal obligations to Armenia. They can be interpreted in any way. But until now, Putin was famous for his informal approach to international problems.. Moscow has acted as the unofficial guarantor of the Karabakh status quo for decades. Armenians were sure: if anything, Russia will beat back. And no one dissuaded them. If Yerevan had been warned in advance, that he will be left to himself, then bloody war, perhaps, and there wouldn't be, and the settlement with Azerbaijan would not be so harsh for the Armenian side.

But the change in Russian policy came too late. It was not a thoughtful turn, a hastily improvised response to Erdogan's decisiveness.

Putin's final remarks are not devoid of a plaintive connotation: “Azerbaijan had the right to choose any ally ... You can give any assessment to Turkey's actions, but it is difficult to accuse Turkey of violating international law ... We agreed that, that Turkey will take part in monitoring the observance of the ceasefire ... We have a very good experience of interaction in the Middle East ... This is the art of diplomacy - this is, to find a compromise ... "

Compare with that, what he said about "engagement with Turkey in the Middle East" five years ago, on the occasion of the shooting down of a Russian plane by the Turks.

In itself, the desire to "find a compromise" with yesterday's enemy may be reasonable even at all costs, created by desperate haste. But the flip side of this compliance is uncompromising on the home front..

The system frees up forces for pressure on its own subjects, along the way, minimizing their responsibility to them for anything.

Here are the five newest ways to outwit # again. I will be surprised, if it can work for a long time.